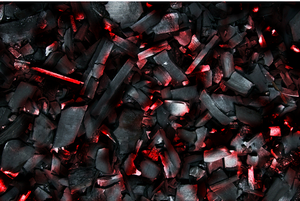 The Government has put beleaguered State Owned Enterprise coal miner Solid Energy into "temporary" voluntary administration for about five weeks ahead of a key creditors' vote in mid-September.

Finance Minister Bill English and State Owned Enterprises Minister Todd McClay said KordaMentha partners, Brendon Gibson and Grant Graham, have been appointed as administrators. According to English and McClay, putting Solid Energy into temporary voluntary administration gives the best chance to secure an ongoing future for the different parts of the business.

“It is no secret that Solid Energy has faced significant financial hurdles - both from the falling international coal price and its debt burden,” English said. “Despite taxpayer support to date, these factors mean the company in its current state is not financially viable.”

“Entering temporary voluntary administration, and freezing a portion of its debt, provides the best chance for parts of the business to continue to successfully operate in the future, under new ownership," said English.

Solid Energy owes about $300 million - via unsecured loans - to ANZ, ASB's parent Commonwealth Bank of Australia, BNZ, Westpac and the Bank of Tokyo-Mitsubishi.

In its own announcement Solid Energy's acting chairman Andy Coupe said the the proposal appears to have the necessary support from a majority of creditors to be successful.

"It allows for a managed sell down of assets and the prompt payment of all trade creditors’ debt. This is a far more favourable scenario for stakeholders than going into immediate liquidation and for that reason, the board is confident the proposal will be well supported when creditors meet to vote on it,” Coupe said.

English and McClay said that, under the proposal, Solid Energy would remain solvent during the two and a half year sales process and continue to operate as per normal, under the oversight of its existing board of directors.  Participating creditors will be repaid to the extent possible from the proceeds of asset sales.

“The proposal will ensure employees and trade creditors continue to be paid on a business-as-usual basis - both during and after the temporary voluntary administration,” McClay said.

“In a situation like this, there are a number of different parties who can effectively pull the plug on the company at any time. Through a lot of hard work and goodwill we have a proposal that should avoid that. However, there is still a risk that creditors could reject the proposal in mid-September which would send the company into liquidation.”

Several steps have been taken over the past couple of years to keep Solid Energy alive. In October 2013 the Government announced a debt restructuring deal, including a contribution of up to $155 million from taxpayers. Then in September 2014 Solid Energy effectively received a second taxpayer funded bailout with the Government agreeing to cover Solid Energy's $103 million land remediation obligations so the company didn't fall into negative equity in its annual financial accounts.

In the 2013 restructure Solid Energy's lenders took a combined $75 million haircut with a chunk of their loans impaired and converted to redeemable preference shares. The Bank of Tokyo-Mitsubishi unsuccessfully tried to block the debt restructure, which was supported by the other banks, in the High Court. It had $16.3 million of its $80 million loan converted into redeemable preference shares.

Earlier this year TSB wrote off its entire $53.9 million exposure to Solid Energy, which was through bonds issued by the SOE. There's more detail on the individual banks' positions here.

“The international coal price has fallen from over US$320 per tonne in 2011 to around US$85 per tonne now. Forecast recoveries in the price have repeatedly failed to eventuate. This means there is no prospect of Solid Energy being in a position to repay or refinance its bank debt, or invest for the future,” English said.

“The Government was prepared to provide further support for the company if there was a reasonable chance it could be made viable. We have worked intensively with the company and its banks on a number of options for the company to continue operating in its current form, but unfortunately none of these proved feasible.”

English and McClay said during the temporary voluntary administration period, no Solid Energy jobs will be disestablished or reinstated. If asset sales go ahead, employees will either transfer to the new owner, or be made redundant on the basis of their existing entitlements. Trade creditors will continue to be fully paid during and after the temporary voluntary administration.

Lest we forget Simon Power's active part in their demise (only weeks into National's first term), he writes to them:

"The government has a strong desire to improve the effectiveness and efficiency of its balance sheet. .. I have given considerable thought recently as to the most direct and effective tools I have available to improve the governance, accountability and ultimately financial performance of SOEs.

Capital structure is one such tool. I would like all SOEs to increase their gearing from current levels, to a level more consistent with a BBB flat credit rating. I urge the Solid Energy Board to give serious consideration to this proposal.

And then he goes on to additionally suggest that the "rehabilitation liability" (which I assume he meant "remediation") should NOT be treated as debt for the purpose of this "re-gearing" exercise.

So, Solid Energy "gears up" - sometime later (when he can see what a cock up he'd made) Simon moves on to corporate lending at Westpac - and 6 years later, we the taxpayer tip in an additional $103 million to cover the liability that Simon said should not be treated as a debt;

Piss up, brewery comes to mind.

In hand with that, I can still remember in 2007 or 2008 listening to Don present in a conference and talking about oil being at US$200/bl within the next year or so. Now I'm no economist, but I'm thinking that's just not realistic. It might hit that, but its not a sustainable price. Such a price would suck so much money in that there won't be any left to support that price for long. And if that's the number that was a pivotal point in forecast models at Solid Energy and where they fit in the energy market, well......

When a minister gives advice the SOE should disregard it and just go about business as per usual.
I prefer the Singapore model temasek holdings where they are at arms length from meddling government and officials, I would have loved the Cullen fund to be morphed into a similar structure with the SOE put under its wing I.E power co's, land corp, solid energy,
https://en.wikipedia.org/wiki/Temasek_Holdings