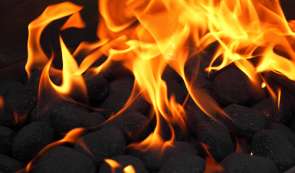 Beleaguered State Owned Enterprise (SOE) Solid Energy says it will "defer" releasing its half-year accounts until its directors are confident the accounts reflect a true and fair picture of the coal miner's position.

The company said this in a brief statement issued on Friday afternoon. At the same time TSB Bank, one of Solid Energy's six bank lenders, has written off its entire $53.9 million exposure to the SOE. Five other banks, with unsecured loans, are - combined - owed more than $300 million. (See more detail on this below).

"Solid Energy will defer presenting its half-year accounts until the board of directors is confident the accounts reflect a true and fair picture of the company’s position," acting chairman Andy Coupe says.

The board held its monthly meeting today (Friday).

Coupe says Solid Energy's view is coal prices will stay lower for longer than has been predicted, and that they won't recover as quickly.

“We can see an issue coming,” Coupe says. “It is not about current performance or any immediate difficulty in meeting our commitments. It is about the impact on our balance sheet of future pricing for coal and our consequent diminishing ability to repay or refinance debt when it falls due from September 2016. We are acting early.”

"Solid Energy’s lenders and shareholder are aware of the company’s view and management is regularly updating staff members," says Coupe.

The write-off by TSB of its Solid Energy bonds sees the bank's unaudited profit after tax for the nine months to December 31, 2014 collapse to $9.5 million from $36.5 million in the same period of 2013. That's after impairment losses on loans surged to $55.8 million from just $11 million.

"Local and international market conditions for coal trading have deteriorated substantially and are not forecast to recover in the near term. The Bank’s assessment is that the bonds are unlikely to be repaid and as such the Bank has taken the decision to fully impair the bonds in the December 2014 accounts, which represents Management’s best estimate of the recoverable value of the bonds," TSB says.

"Potential recoveries, if any, appear unlikely and not determinable based on information available to the Bank at the time these financial statements were authorised for issue. The full $53.874 million value of the bonds has been charged to the Income Statement," says TSB.

"The write-off should have no meaningful or lasting impact on TSB's balance sheet structure," Fitch said.

"Notwithstanding that there has been some improvement in the exchange rate, current and expected coal prices mean the business will need to continue making structural change," Clifford says.

The financial results deferred are for the six months to December 31.

In Solid Energy's last annual report auditor KPMG said; "If the group was unable to continue as a going concern, adjustments may have to be made to reflect the situation that assets may have to be realised and liabilities extinguished at amounts which could differ from the amounts at which they are recorded in the statement of financial position."

In February 2013 Finance Minister Bill English and then State Owned Enterprises Minister Tony Ryall announced Solid Energy, which had been one of four SOEs earmarked by the National-led government for partial privatisation, was in talks with its banks over restructuring options for its $389 million of debt. Then in October 2013 they announced a restructuring deal for Solid Energy, including a contribution of up to $155 million from taxpayers.

In September 2014 Solid Energy effectively received a second taxpayer funded bailout. The Government agreed to cover Solid Energy's $103 million land remediation obligations so the company didn't fall into negative equity in its annual financial accounts. Solid Energy's annual report last year showed $160.9 million of equity, which included $60.9 million of ordinary shares and $100 million of redeemable preference shares (RPS). Of the latter $75 million worth is held by the lenders, and $25 million by the Government.

This business needs to close or sell  all loss making operations as soon as possible , and sell off those its unable to run efficiently .
Or even let the banks take control of their security ( ie default)
To expect the Taxpaying public , at some future date , to keep this mess going is also not acceptable .
John Key should get some GUTS and sort the mess out right here under his nose as a priority .

Wow. Is anyone accountable at TSB Bank Limited including the Board and the senior executives who authorised the decision to go with investing in Solid Energy? I assume not. Hey its only $53.9 million. Peanuts.