Gareth Kiernan assesses the policy options available for the coming economic slowdown, and compares our options with other countries

Gareth Kiernan assesses the policy options available for the coming economic slowdown, and compares our options with other countries 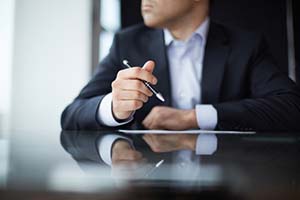 With dairy prices plunging and the Canterbury rebuild close to peaking, predictions of New Zealand’s economic growth are being steadily revised down.

If the average forecast is to be believed, the looming slowdown in the economy doesn’t look that threatening – although further downward revisions to the forecasts seem likely in coming months.

The Reserve Bank has responded by cutting the official cash rate from 3.5% to 3.0%, with another 50 basis points set to be lopped off the OCR by the end of October.

It’s easy to get caught up in the dairy sector’s high-profile woes and assume the sky is falling in. Although a slowdown in economic activity is definitely occurring, and will be felt most acutely in dairy-intensive regions, there are still areas of strongly positive growth.

The services sector, particularly tourism and foreign education, are enjoying a period of healthy expansion, and the sharp fall in the exchange rate over recent months will further boost activity.

Other exporters will also be benefitting from the drop in the New Zealand dollar – for example, export meat prices in New Zealand dollars, are close to record highs.  And demand pressures in the Auckland construction industry show no signs of abating, particularly in the residential industry.

Let’s take a further step back, though: what if the sky was falling in?  How much ability do officials have to respond to or mitigate an economic downturn in New Zealand?

The Economist recently constructed a simple index for developed countries of the “wriggle room” that fiscal and monetary officials have to try and stimulate economic activity in the face of another downturn.  Compared with 2007, before the Global Financial Crisis, The Economist noted a significant decline in the arsenals at the disposal of governments and central banks.  Benchmark interest rates for many central banks are close to zero, government debt has increased substantially, and fiscal deficits are still being run in most countries.  To quote from the write-up, “a few economies could mount a robust defence against at new shock, but most are sitting ducks.”

The Economist makes the point that the index is not a definitive gauge of how much wriggle room a country has to stimulate its economy.  An interest rate of zero may seem like a natural lower bound for monetary policy, but we’ve seen major central banks around the world take things a step further over the last few years with big quantitative easing programmes.

These cash injections into the financial system tend to go hand in hand with expanding government debt.  Back in 2007, the IMF believed that Japan could not expand its government debt beyond the 172% of GDP it then stood at.  That figure is up to 230% of GDP now – thanks largely to the central bank buying up more and more government bonds to the point where it holds almost 30% of public debt.  Just because the IMF thinks government debt is at a problematic level doesn’t necessarily mean it’s an immediate constraint.

As is often the case, little old New Zealand didn’t get included in the analysis.  For New Zealand, we have replicated the methodology used by The Economist, assigning a score of between zero and 100 across each of three measures: interest rates, fiscal balances, and public debt.  The results for 2015 are shown in Graph 1, and the change in the “wriggle room score” between 2007 and 2015 is shown in Graph 2.

Thanks largely to our high interest rates in 2007, New Zealand had the most room of any of the countries listed for stimulating activity and fending off the economic downturn that was the GFC.

Interest rates didn’t tell the full story, though.  A fiscal surplus equal to 3.3% of GDP and very low levels of debt meant that the government had lots of room to soften the downturn.  The fact that the operating balance swung from the 3.3% surplus in 2006/07 to a 9.0% deficit in 2010/11 illustrates the role the government played in the wake of the GFC – even if the 2010/11 deficit was exaggerated by the Christchurch earthquakes.

Fast forward to 2015, and New Zealand has been passed at the top of the table by Norway, whose government debt levels have actually improved over the last eight years as the country has continued running fiscal surpluses.  However, New Zealand still stands in good stead, with a relatively strong fiscal position and interest rates remaining well above zero.

The interest rate point is worth noting given that, in a speech at the end of July, Graeme Wheeler seemed to downplay the chances of the OCR going below 2.5% in the current cycle.  He said that predicting “large declines in interest rates over coming months … could only be consistent with the economy moving into recession.”

Although the level of interest rates is important, the extent to which they’re moved through the course of the economic cycle is arguably more critical in determining their effect on economic activity.  In the wake of the GFC, the OCR was cut 575 basis points in response to a massive downturn in the economy.

This time around, the Bank seems to want to limit itself to 100 points of cuts – a much smaller amount of stimulus, despite the OCR reaching the same ending point of 2.5%.

The government has also made noises that it could be willing to soften the economy’s current slowdown.  With the operating balance in May almost $1bn better than expected, the government will be considering accelerating some of its infrastructure projects to help boost economic activity over the next year.

As has been the case throughout the troubled economic times of the last eight years, New Zealand remains in a position to withstand negative shocks relatively well.

We got off from the GFC pretty lightly thanks to the strong starting point of our economy and lack of banking system exposure to the problems that plagued American and European banks.

The current dairy downturn will slow economic growth, but it’s clear that our economy is nowhere near as fragile as many of our European counterparts.

Good piece. There's often two sides to these economic stories. As he says, tourism is doing really well. Seeing it here in Queenstown.
I'd like to see the Govt build a bit more housing. That would help stimulate the economy and also help the housing issue. Also, more taxes on foreign property speculation. Pump the money from that across to house building.

The Economist noted a significant decline in the arsenals at the disposal of governments and central banks. Benchmark interest rates for many central banks are close to zero, government debt has increased substantially, and fiscal deficits are still being run in most countries. To quote from the write-up, “a few economies could mount a robust defence against at new shock, but most are sitting ducks.”

So, the lemming policy is being advocated, hoping for a different outcome?

Excellent. We are better prepared than nearly all others for any potential economic crisis. We obviously have a world-class finance minister and reserve bank governor (and predecessors). Who would know it from the constant stream of negativity in the media.

Very sensible that Wheeler doesn't go overboard on OCR cuts in the face of what still appears to be a fairly mild slow down. Some bank economist commentary does come across as a little panicky.