IRD on why it can't, or won't, speak about the settlement of a long running tax dispute with ASB

IRD on why it can't, or won't, speak about the settlement of a long running tax dispute with ASB 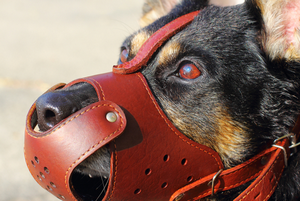 The Inland Revenue Department (IRD) can't speak out about its settlement of a long running tax dispute with ASB because the bank itself hasn't.

This, an IRD spokesman told interest.co.nz, is the key difference from the 2009 structured finance transaction settlements with the big four banks when IRD did speak publicly about the settlements and their value because the banks themselves did.

As previously reported by interest.co.nz ASB and IRD settled a long running dispute over $153 million of potential tax, plus interest and penalties, shortly before a High Court trial was due to start in June. At the centre of the case was ASB claiming tax deductions on foreign exchange losses from a so-called "Yen Transaction." The dispute stemmed from revised tax assessments issued by IRD for the 2008 and 2009 years, with ASB launching legal proceedings to challenge the assessments.

Neither party will be drawn on how much of the potential tax, interest and penalties ASB ultimately agreed to cough up and IRD agreed to accept on behalf of taxpayers. ASB describes the terms of the settlement as "confidential," and IRD cites taxpayer secrecy provisions in the Tax Administration Act. ASB's annual report said the bank had made "adequate provision for this matter" in previous years.

"ASB hasn't made any public disclosure so we're still basically exercising discretion not to make any comment in accordance with those (taxpayer secrecy) provisions in the Act," the IRD spokesman said.

He added, however, that even if ASB revealed the size of the settlement and publicly spoke about it, IRD could still choose not to.

"We could still exercise discretion not to make any comment if we so desired."

As previously reported by interest.co.nz, court documents show Commissioner of Inland Revenue Naomi Ferguson viewed ASB's actions as "tax avoidance" that transferred "a risk that was unacceptable commercially to ASB on to the New Zealand tax base."

The long running structured finance transaction disputes, with IRD on one side and ANZ, ASB, BNZ and Westpac on the other, ended on December 23, 2009. Combined the banks agreed to pay, and IRD agreed to accept, $2.2 billion, which was equivalent to 80% of what the taxman was claiming.

"Public comment was made by IRD based on the fact that the banks were required to make disclosures around the settlements and that was because of the magnitude of the amounts involved. So in that scenario, because information's going to be placed in the public domain, the commissioners were fully within their rights to discuss that case publicly," the IRD spokesman said.

"But it's not in the public domain here (in ASB's Yen Transaction case) so we just simply couldn't make any comment. We would be operating completely outside the law to disclose any settlement if that information is not already in the public domain, and it's not."

In its structured finance transaction dispute ASB agreed to cough up $264 million, comfortably the smallest of the four banks' settlements. Charles Pink, the bank's CEO at the time, said ASB's existing provision was enough to cover this settlement. Both BNZ and Westpac had lost initial High Court cases in their structured finance transaction disputes but had been expected to appeal before the settlements were announced.

In a statement the then-Commissioner of Inland Revenue, Robert Russell, said it had been IRD's long-held view that the structured finance transactions amounted to tax avoidance. Russell also said IRD's decision to pursue the cases had been shown to be absolutely right, returning a very good result for New Zealand taxpayers. Whether this is also the case with the ASB Yen Transaction case, the taxpayers of New Zealand may never know.

*This article was first published in our email for paying subscribers on Monday morning. See here for more details and how to subscribe.

Easy answer is that ASB should speak. Tax is a public responsibility, and responsibility of any corporate is to work properly with it. If there is any question, and there is in this case, then they need to speak.

I disagree , the ASB does not have to disclose its business dealings with anyone , other than comply with GAAP and its responsibilities to shareholders

Since the trading banks are a key part of money creation then there is a national interest at stake that transcends the corporation or its shareholders.