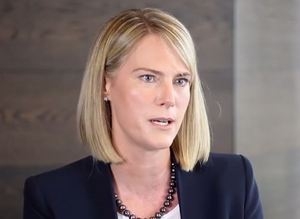 ANZ group CEO Shayne Elliott says Carnegie's role will include being a member of the bank's group executive committee. She will also have group responsibility for marketing including ANZ’s brand, advertising and sponsorship.

"Maile’s appointment recognises that digital is central to driving revenue growth and to successfully competing in a changing and disrupted environment where technology and brand are key sources of differentiation," Elliott said.

“Part of Maile’s role will also be to shift our thinking and champion a group-wide innovation culture at ANZ based on developing and attracting service-focused, technology-literate, innovative and experimental people and teams. This includes being the sponsor of a new digital business transformation leadership programme created jointly by ANZ and the Massachusetts Institute of Technology," Elliot added.

ANZ says Carnegie will lead its strategic digital development and delivery for both the bank's customers and staff including digital projects, innovation and strategic relationships with so-called FinTech companies.

"Reflecting digital’s importance to ANZ’s performance, Maile will also have shared responsibility for the financial results of the bank’s Australian and New Zealand divisions."

Carnegie will be based in Sydney starting at ANZ in July. Here's a video interview from ANZ's BlueNotes website with Carnegie, with part two of the interview here.