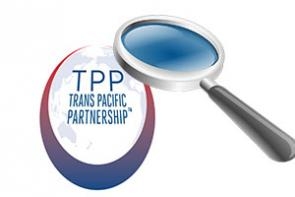 This is the third in a series of articles Interest.co.nz has commissioned reviewing the key chapters and issues for New Zealand in the Trans-Pacific Partnership Agreement (TPPA). The first article is here. The second article is here.

A written agreement means little if the parties do not stand behind their commitments. The Dispute Settlement Chapter sets out the consultation and dispute settlement process relating to the implementation of the TPPA. This is the part of the agreement that gives it teeth.

Trade and investment agreements are complicated arrangements. Modern agreements are about more than just abolishing tariffs on imported goods. Amongst other things, the TPPA stipulates labour and environmental standards, intellectual property regulation and sanitary measures on imports.

Signatories will undoubtedly interpret the labyrinth of regulations in a manner that best suits them and the special interests to which they are beholden. This means that disagreements between countries are going to happen. Remember the Australian ban on kiwi apples? Australia claimed to be protecting its growers from fire blight, but kiwi apple growers suspected that they were really protecting their growers from competition. It took several years of negotiation and arbitration under the auspices of the World Trade Organisation (WTO) to get to the bottom of the matter.

So what happens under the TPPA if one signatory feels that another is not living up to their end of the bargain? What is their course of action?

For the most part, dispute settlement is a government to government process, which means that aggrieved interest groups must first appeal to their governments to take action on their behalf. Disputes between foreign investors and a host government are the exception. These are dealt with separately through the investor state dispute settlement (ISDS) mechanism, and here the investor can directly sue a government. Apart from the identity of the parties involved, the processes otherwise bear many similarities.

The aggrieved government (or complainant) must then follow the protocols outlined in the chapter in order to seek resolution on the matter. (They can however choose to instead use the dispute settlement rules of the WTO if they and the responding government hold WTO membership.)

Let’s talk through our issues

Articles 28.5 and 28.6 call for the disputing parties to make every effort to first meet and talk-it-out, without invoking the full arbitration process. The complainant must first request consultation with the respondent in writing. If these bilateral consultations do not work, they can even bring in a professional mediator to assist.

Time to Lawyer Up

If the matter has not been resolved through consultation within 60 days (30 days if the dispute relates to perishable goods), the complainant can request the establishment of an arbitration panel. Article 28.12.1 outlines the role of the panel:

A panel’s function is to make an objective assessment of the matter before it, which includes an examination of the facts and the applicability of and conformity with this Agreement, and to make the findings, determinations and recommendations as are called for in its terms of reference and necessary for the resolution of the dispute.

The panel consists of three members. Articles 28.9 and 28.10 discuss the process and criteria for selecting the panellists. The complainant and respondent each appoint one member. The remaining member and chair of the panel must be agreed upon by the two parties, or is otherwise appointed by the first two panellists from a predetermined roster of candidates which all signatories are required to establish under Article 28.11. The panellists must be experts in international law and trade, and if the case is being brought under the Labour, Environment or Transparency and Anti-corruption chapters of the agreement, they must also have specific expertise in these areas.

Panel hearings take place in the capital city of the respondent country unless otherwise agreed on by the parties. The panel will make an initial report within 150 days at which point each of the parties has an opportunity to submit comments before the final report is issued.

The outcomes of these proceedings will affect more than just the operations of the governments involved – a wide variety of individuals, organisations and other countries will have an interest in how the dispute plays out. Article 28.13 does provide for a reasonable level of transparency of the hearings. These hearings before the panel must be open to the public – unless both disputing Parties agree otherwise. Both Parties are to release written versions of their oral statements and responses to the panel into the public domain. There is, however, a catch: confidential information must be protected.

Article 28.14 also opens the door for interested parties to make a submission directly to the panel:

A Party that is not a disputing Party and that considers it has an interest in the matter before the panel shall, on delivery of a written notice to the disputing Parties, be entitled to attend all hearings, make written submissions, present views orally to the panel, and receive written submissions of the disputing Parties. The Party shall provide written notice no later than 10 days after the date of circulation of the request for the establishment of the panel under Article 28.7.2 (Establishment of a Panel).

In addition, the panel’s final report must be made public, but with the exclusion of any confidential information.

If the respondent neither complies nor offers commensurate compensation, the complainant is permitted to then retaliate by “suspending the benefits” of the respondent. This means that the complainant can suspend the rights that the respondent enjoys in their bilateral arrangement. Article 28.20.4 stipulates the principles for how the responding party can suspend benefits – and it is clear that nullification of the whole TPPA is not at stake here. The suspension of benefits must be commensurate in some sense to the original infraction: Since you didn’t remove your tariffs on our exports, then we will re-instate our tariffs on your exports. The respondent does have the right to challenge the retaliatory measure using the arbitration panel if it thinks the measures too harsh.

Compensation or suspension of benefits are expected to be temporary measures, however. Article 28.20 states that

Australia eventually lost the apple case at the WTO, and John Key rubbed it in by making Julia Gillard eat some Kiwi apples. (OK, there was the matter of the rugby world cup semi-final too.) The whole ordeal provides a textbook case study in how these disputes can play out, and why an effective dispute settlement mechanism is necessary to ensure a level playing field.

Kiwi apple growers first began to seek a lift on the ban in 1986 after studies failed to show that the fire blight disease could be spread through commercially traded apples. Two decades of consultations under the auspices of the Closer Economic Relations (CER) eventually led to the ban being lifted in 2006, only for the ban to be replaced with prohibitively expensive biosecurity measures. These measures were in effect the same as the ban.

The New Zealand government then brought out the big guns and appealed to the World Trade Organisation (WTO) dispute settlement body (DSB) in August 2007. Under the WTO mechanism the matter was dealt with comparatively swiftly. The Panel report was issued in August 2010, and after several findings were appealed by both countries, the final Appellate Body report was issued in November 2010. The panel found that the biosecurity measures were not justified, and Australia lifted the biosecurity measures the following year.

The TPPA dispute settlement protocols bear many similarities to the WTO arbitration mechanism. For example, much like the TPPA, under the WTO cases are arbitrated by a three-person panel, and rulings and submissions are made available to the public. (Just click this hyperlink if you don’t believe me. Also click it if you are having problems getting to sleep.) The TPPA protocols should, in principle, ensure that we have an independent and objective adjudicator for the arguments that will inevitably arise.

I was at Guy Standings -author of the Precariat talk last night. He stated that wrt

"or is otherwise appointed by the first two panellists from a predetermined roster of candidates which all signatories are required to establish under Article 28.11"

That is the reason that the US has never had a successful claim brought against it from a foreign investor. Whereas US multinational companies have had many successful claims against other countries.

Brendon reading the text on MFAT web page https://www.mfat.govt.nz/assets/_securedfiles/Trans-Pacific-Partnership… it looks like it will come down to a random selection from the list, if the parties and panels can't agree. (The WTO disputes panel may well come down to the WTO president, but TPPA doesn't.

Also from my understanding the WTO director general is a consensus appointment from the council, remember MIke Moore? You sure you that Guy is not confusing World Bank / IMF?https://www.wto.org/english/thewto_e/dg_e/dg_selection_process_e.htm

Sorry I did not report correctly Guy said World Bank. Which has always been appointed by the US president.Maybe if the the World Bank runs the random list of appointees they are all favorable to the US and that is why the US has never been successfully sued?

How about we finally admit it? "Free trade" is a complete farce and what we need is FAIR TRADE.

Then we'd just be having arguments over what "fair" means. But the re-branding would work for a while.

NAFTA has been a highly successful agreement,just ask the residents of the U.S. deep south.

Yes. Globalisation has brought employment to the deep south: