HSBC's Frederic Neumann sees future economic growth coming from countries that have low private debt levels as these juice up their prospects by leveraging up
18th Jun 16, 9:05am
by Guest 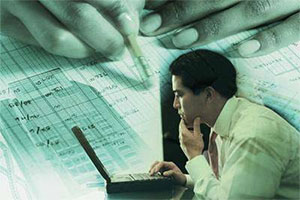 Looking for growth in the next few years? Or, more specifically, looking for the potential of a little positive growth delta at some point?

There's a simple way to look at this.

These days, emerging Asia falls into two camps. The first are open, highly export-sensitive markets. These, co-incidentally, are also the ones with the highest debt loads. Here, a significant pick-up in growth seems unlikely any time soon. The second camp includes the more closed economies, where, it turns out, leverage is also much lower. And it is here where the potential for a significant acceleration in growth is the greatest.

Let's cut through the clutter and make a couple of straight-forward assumptions. First, leverage driven growth is losing its punch. This is not, it should be noted, a prediction that financial instability will grip the region any time soon. A relatively stable dollar, global interest rates that are stuck at record lows, and excess savings across much of Asia are keeping things on a relatively even keel. The trouble, rather, is debt saturation. Balance sheets have already expanded briskly, with lenders and borrowers alike increasingly cautious about splurging further. Also, regulators are casting a wary eye, doing their bit to try to rein in credit growth. In any event, the growth dividend from expanding leverage is fading.

Second, exports are stuck. Partly, this may be for cyclical reasons, with inventory adjustments and the like blurring the picture. More fundamentally, however, we suspect that structural forces are at work as well that will constrain shipments from Asia for a while. Spending in the West, permanently subdued it appears, is also shifting towards stuff that isn't traded: more healthcare and fewer consumer electronics, in short, as populations in the West age. Protectionism, or at least the absence of major trade liberalization efforts, is gumming up exports as well.

If you accept these two points, it's easy to divide Asia into two camps. Korea, Taiwan, Hong Kong, Singapore, Malaysia, and Thailand are highly exposed to external demand. What's more, they all carry relatively high debt burdens as well, making it increasingly hard to add extra oomph to local spending. So, for the time being, don't expect much of a positive growth delta here.

The second camp, however, looks a little more promising. Here leverage is still low and exports don't play as large a role in driving growth. India, Indonesia and the Philippines fall into this group. Now, you might quibble with this. But hear us out. Indonesia has probably the lowest total debt-to-GDP ratio among major economies - anywhere. And the Philippines isn't far behind. While high debt is suffocating growth in much of the world economy nowadays, that can't be said of these two.

India's leverage is a little higher, but it's mostly owed by the government. Moreover, the country is getting serious about cleaning up its banks (to be helped, presumably, by the recent passage of a bankruptcy law). Sure, in the near-term, credit growth might suffer as a result, restraining growth, but a handful of quarters down the line, a positive leverage cycle could once more boost demand.

This is not to say that economies in the second camp are about to deliver stunning growth. Much, for example, will depend on steady progress on reforms. Potential, after all, doesn't automatically equate to future performance. But they already deliver robust growth, at least in the global context, and, much more than elsewhere, the possibility for a positive growth delta still exists.

What about China? Well, it doesn't neatly fall into the two camps, being burdened by high debt, but not as export dependent as neighboring economies. Still, the former should limit any significant positive growth delta for the time being.

And then there's Vietnam, also difficult to slot into any group, with its elevated debt, but high export dependence. Yet here we take the opposite view. A positive growth delta still appears possible given the country's extraordinary competitiveness: it's still rapidly gaining global market share even as world trade sputters.

So, there you have it. Two Asias.

Frederic Neumann is co-head of Asian Economic Research at HSBC.

Doubtful debt is the answer.
He's having a laugh.
Taking a liberty.
Freddy is
Whatever.

Interesting that Japan didn't rate a mention. Despite their woes, private debt levels are still relatively low and Japan is still one of the best markets in the world for value-added goods and services.

I'm missing something here. Low leverage and low exports mean prospects are hot. Obvious, but not to me. He seems to see a buck to be made in the 'growth delta' - whatever that is.