Siah Hwee Ang says China has left its sweatshops behind 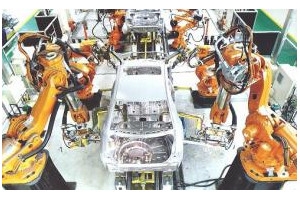 The sheer size of China’s contribution to Asian and global economic growth means that if China slows down, the rest of Asia will experience a significant ripple effect.

For example, Deutsche Bank estimates that a one percentage point growth slowdown in China would cause a drop in most Asian countries with the exception of India. Southeast Asian economies Singapore, Malaysia, Thailand and Indonesia would be the most affected.

A trade shift from Japan to China

The shift marks China’s success in boosting innovation and technology development as key drivers of the country’s growth as it moves up the manufacturing value chain.

Since 2000, there has been a trade shift within the Asian region from Japan to China. While Japan has remained the largest source of foreign direct investment, outbound tourism from China has increased substantially.

In the most recent global economic outlook forecast, the dark clouds looming over China’s slowdown can only be partially lifted through the rise of India, with some contributions from the Philippines and Vietnam and Indonesia.

Japan is not in a position to help to cover the risks with China’s slowdown.

Leaving the sweatshop behind

In the past, China typified the sweatshop—low wage Asian workers making branded clothes in crowded, unsafe factories for consumers overseas.

China has started to move up the ladder on the global value chain and is leaving its sweatshops behind.

These sweatshops have since moved on to other Asian economies, including Vietnam, Indonesia, Cambodia, Thailand and India.

But this transfer is unlikely to be that smooth.

The International Labour Organisation suggests that 9.2 million textile and footwear jobs in Asia are threatened by automation.

The effect of technology is inevitable.

The only challenge is that many workers in Asia need upskilling. Over-capacity is present everywhere across industries and across countries.

In a recent poll conducted by US-based Pew Research Center, three-quarters of more than 3,100 mainland Chinese respondents said they believed China is now playing a more important role in the world than it was 10 years ago.

The first study by the Bank of International Settlements (BIS) concluded that the country’s influence on regional equity markets has risen to a level close to that of the US in non-stress periods.

The second study by the International Monetary Fund (IMF) showed that the co-movements of Asian and Chinese equity and currency markets have jumped since the global financial crisis. This suggests that China is taking up the role of Japan in Asia in these areas.

With rising trade between China and Asia and China’s influence in Asia in many other areas, it is hard to see the two becoming disentangled over the next years.

That is, we are far from a world where the Asian region is expected to pick up the slack from China’s slowdown.

China might have left its sweatshops behind but apparently not its dodgy business practices.

Shanghai Maling have a similarly dubious past for which the board of SFF have done everything to sweep under the carpet. Beware of strangers bearing gifts....

Billionaires with a problem??

Good on them, smart. So why are we wallowing around as a low wage low productivity economy?

Leaving the sweatshops behind for the idyllic farming life... "The number of wealthy Chinese people buying ranches in Australia is increasing. The friendly land prices and rich agricultural resources make Australian ranches a good investment. However, due to policy differences, high labor costs and language barriers among other things, many of these Chinese nationals have become snarled in management difficulties and been forced to sell their properties within two or three years.

Indeed, Candy, a professional realtor specializing in ranches, said many of her Chinese clients have given up their ranches thanks to unsatisfactory dividends and the isolated lifestyle."