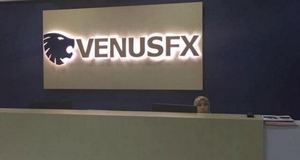 It was only registered as a New Zealand company for nine months but Venus Financial Markets Limited appears to have left a large trail of angry and out of pocket Malaysian investors in its wake.

Currency trader Venus, which appeared in this interest.co.nz article last May, is reportedly under investigation by Malaysian police. According to The Sundaily, dozens of reports about Venus were lodged with Malaysian police by hundreds of investors who claim to have lost between RM1,000 and several million ringgit after being promised returns of up to 30% per month.

Here's more from The Sundaily:

Sources said initial findings showed the business module of the company was similar to the pyramid system associated with Ponzi schemes.

Checks by theSun found VenusFX was a company registered in New Zealand with a virtual address.

Apart from Malaysians, it is also believed to have investors from other countries.

Although there were no clear indications of its management structure, it is said to be led by two businessmen, both Malaysians in their late 20's.

Since its inception a year ago, the company had allegedly been operating its business illegally without a banking and financial services licence from Bank Negara [Malaysia's central bank].

Additionally, The Sundaily says the police investigation, into Venus Financial Markets and companies associated with it over alleged illegal deposit-taking amounting to tens of millions of ringgit, is now complete.

Here's what a Ministry of Business, Innovation & Employment spokesman told interest.co.nz about the removal of Venus last September:

NZ Companies Office records show Shahidrawadey Shahidan as the sole director of and shareholder in Venus. The company initially gave the address in Auckland's Parnell suburb pictured below, before changing its address to an apartment in the CBD's Courthouse Lane.

Why dont we prosecute these types of activities ?

Wish I shared your confidence - there is no hard evidence we are the least corrupt country in the world - however we are "perceived" to be less corrupt than others - which is a different matter - and in my opinion that is a product of a set of enforcers who are kept on a very short financial leash, and a judiciary who are reluctant to dish out penalties for corrupt behaviour, and consequently a benign news media who have nothing to report - it's there - it just doesn't float to the surface

NZ doesn't even have an Independent Commission against Corruption, but, as our leaders keep telling us we don't need one we will believe it

So which of these sources cause you to be concerned about the results of this Report. I know you have a conclusion, but to be credible you do need to have a basis for the sum of these sources to be unreliable. Just honing on in your own understanding of the word 'perception' is hardly a basis for dissing the whole study.

Also, who is the "leader' who says "we don't need one" ? Need source for the claim. Or did you just make that up? (Happy to be corrected though.)

Interesting we get this rather good rating and T.O makes up stuff outta his haed saying "no evidence".
Is this like trump tower evidence?

We are so corrupt that we are corrupt about how corrupt we are.

We do allow ourselves to become a Flag of Convenience [https://en.wikipedia.org/wiki/Flag_of_convenience_(business)] country for registering all sorts of dodgy businesses.

Thanks Gareth for continuing to turn over the stones to see what's crawling underneath. Your articles are among the few in New Zealand that actually delve into the details. That's classic investigative journalism and gives me hope for the future, that someone's helping to make sure that we don't get overwhelmed by a tide of corruption.

There is no reason at all to allow these enterprises to operate here. But we have and if we have I think we have an obligation to actively prosecute misbehaviours.
And yes. Congratulations to Gareth for continuing to turn over these stones. Clearly our 'civil servants' are not interested or have the skill set to do so.

How about the Govts' of all countries teach in schools at a young age that 30% per month returns are BS and to stay away .......

Not a bad start Matt!

'Trust Us - New Zealand Can Hide Your Money!' Here's more on how New Zealand is being perceived in Malaysia;

Thank goodness there is some real media still reporting what is going on... the Sarawak report link is eye-opening! It should be compulsory reading for anyone interested in NZ's reputation.

I'm not a Trumpet who bashes main stream media... it's just sad that they are so strapped for money that they run the puff pieces provided by businesses.

Yep, that link is a good read. Many more revelations to come I suspect. We're gonna look worse and worse.