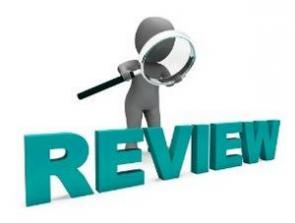 Spencer says the review will cover the definition of capital, the measurement of risks banks face especially the risk weights attached to loan exposures, and minimum capital requirements and buffers. These three factors are interdependent and links between them must be carefully considered, he says.

“In the wake of the global financial crisis, banks and regulators around the world have been reviewing capital standards. It is a complex area with many aspects to consider," Spencer said in a speech to bank lobby group the New Zealand Bankers' Association in Auckland.

“Higher levels of capital would improve the soundness of the financial system by reducing the likelihood of bank failures. However, the capital regime could reduce the efficiency of financial intermediation if ratios are pushed too high or standards are made overly complex. An appropriate capital regime will ensure a very high level of confidence in the solvency of the banking system, while avoiding unnecessary inefficiencies," Spencer says.

Spencer says the Reserve Bank will detail specific areas to be addressed in an issues paper that will be released in April. The central bank aims to conclude the review by the first quarter of 2018.

"Bank capital is an important cushion for the financial system. It is the form of funding that stands first in line to absorb any losses that banks may incur. Having sufficient capital promotes financial stability by reducing the likelihood of bank insolvency and moderating the effect of credit cycles," Spencer says.

"Both of these factors are likely to be present going forward."

"[But] in the changing international regulatory environment, it is becoming less clear whether New Zealand’s historical position on bank capital is being maintained relative to Australia and other peers. We believe it is time to review New Zealand’s position and review more broadly our capital framework in light of international and domestic developments and our experience with the current regime," says Spencer.

"The aim of the Capital Review is to identify the most appropriate regulatory framework for setting capital requirements for New Zealand banks."

"The Reserve Bank will consult the banks and the public on its findings and on any proposed changes to the capital framework. Outcomes of the review will be heavily influenced by the international regulatory context, the risk characteristics of the New Zealand system and the Reserve Bank’s regulatory approach."

Speaking to interest.co.nz late last year, Spencer said the Reserve Bank prefers both a simple structure and a simple approach to bank capital and doesn't want to see simple sectors "over engineered."

The Reserve Bank says the review will have six high-level principles:

1. Capital must readily absorb bank losses ahead of creditors and depositors
2. Capital requirements should be set in relation to the risk of bank exposures
3. Where there are multiple methods for determining capital requirements, outcomes should not vary substantially between methods
4. Reflecting the risks inherent in the New Zealand financial system and the Reserve Bank’s regulatory approach, New Zealand bank capital requirements should be conservative relative to international peers
5. The capital framework should be practical to administer, minimise unnecessary complexity and compliance costs, and take into consideration relationships with home country regulators
6. The capital framework should be transparent to enable effective market discipline

Where are NZ banks placed in an international comparison?

Looking at how NZ banks' capital levels compare to international counterparts is not a straightforward question to answer, Spencer says. This is due to the idiosyncrasies and relative conservatism of NZ's approach to the international Basel capital framework.

The Basel Committee on Banking Supervision's most recent report has the big internationally active banks reporting a median common equity tier 1 (CET1) capital ratio of 12.1%, with 25th and 75th percentiles of 10.9% and 13.8%. NZ's big four Australian owned banks had a weighted average CET1 ratio of 10.5%. This places them in the bottom quartile.

"However, such comparisons can be misleading as countries have implemented the Basel Framework in different ways. The Reserve Bank has made a number of amendments to better reflect New Zealand risks, for instance our farm lending adjustments raise the average risk weight on banks’ exposures by around 20-30 percentage points compared to a usual implementation of the IRB [internal ratings based] framework," says Spencer.

"Risk weights on residential mortgages are also higher than for a range of peer countries, as seen in Table 1 [below]. The relatively cautious approach adopted in New Zealand with regard to risk measurement means that, on a like-for like basis, New Zealand’s relative capital position should be higher than the headline ratios suggest. The question is by how much."

"Taking into account differences in the calculation of capital and risk-weighted exposures, APRA estimated that the Australian major banks’ CET1 capital ratios, as at December 2015, would be 3.5 percentage points higher if calculated on a more internationally comparable basis," says Spencer.

" Running a similar analysis on the New Zealand framework, we estimate that CET1 ratios are roughly equivalent to at least an additional 1 to 2 percentage points of CET1 capital under an internationally normalised regime. This adjustment would place our four largest banks in the second or third quartile of the banks included in the Basel III monitoring studies."

"These initial comparisons point to New Zealand banks being 'in the pack' in terms of capital ratios relative to international peers. Further work will be done as part of the review to further clarify New Zealand's current relative position," says Spencer.

"Based on New Zealand's risk profile and our approach to banking supervision, we would expect the review to deliver an outcome where capital standards are seen as conservative relative to the Basel standards and to the standards of peer countries."

"As we undertake the capital review, we will be consulting on the Reserve Bank's preference to move towards a simpler capital regime, not a more complex one," Spencer says.

Watch this space, at last someone or something might be waking up
Or maybe, in 2018

Time for the risk weighting of residential mortgages to change from 35-40% to 100%. All the low figure has done is encourage bulk lending for non-productive assets.

Personally I think that banks should not be able to create money for residential existing housing mortgages - i.e., 100% reserve requirements for such loans. Would obviously have to be phased in gradually. I fail to see the benefit in creating money for such lending. I doubt that's where they're going with the above though. :-)

No mention that the current capital requirements allow such high leverage that Banks can fund 8% credit growth while still allowing 6% dividends on their equity capital. That 8% credit growth is causing household debt to reach 168% of household income.
So perhaps the goal should also be increase capital requirements so to restrict banks to a fair WACC (weighted average cost of capital), rather than the extraordinary returns they currently make.

The way I read this statement, banks should not be looking to give depositors a 'haircut' if they get into trouble. Does this mean the RBNZ is moving to change the law? About time!

The RBNZ implements regulations similar to Basel III. The link below gives an ok explanation of the different tiers of bank capital. Bank deposits go only after the "buffer" capital has gone. Depositors always risk taking a haircut in the event of a bank failure, all you can do is hope that the Government decides to provide a bail out.

That would be responsible though. Why do we let our licensed banks use so much leverage when the Government wears the risk for their mismanagement and failure?

This is what to big to fail is about, socially subsidizing the risk of private profits.