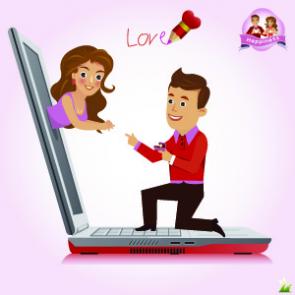 The bank has disclosed this in its annual report, released on Friday, saying it has lent $50 million through Harmoney to date.

"A relatively new lending facility for us has been through Harmoney - a New Zealand peer-to-peer [online] lending marketplace. We have funded $50 million as an institutional investor with Harmoney with our funds designated to the personal lending market in New Zealand. This relationship aligns with our diversification strategy and provides a means for us to support customers indirectly in achieving their financial goals," TSB says.

Interest.co.nz asked TSB in February 2016, and again in June last year, if it was lending money through Harmoney. On both occasions the bank declined to confirm or deny this. That's even though on the second occasion we asked it was obvious TSB was lending through Harmoney.

Harmoney is currently embroiled in a pivotal High Court case with the Commerce Commission. The regulator is arguing Harmoney's $500 platform fee for borrowers falls within the definition of a credit fee under the Credit Contracts and Consumer Finance Act. Harmoney disagrees.

Harmoney facilitates unsecured personal loans for the likes of debt consolidation, home improvements, holidays and cars by matching borrowers and lenders through its website. Having launched in September 2014, Harmoney says it has facilitated $490 million of lending to date.

Heartland Bank, which holds a 12.59% stake in Harmoney, also lends money through the P2P lender. By December 31 last year Heartland had lent $62 million through Harmoney's online platform. TSB has not disclosed a shareholding in Harmoney.

Profit drops by a quarter

The bank attributed its expense blow-out, which pushed its cost to income ratio to 53.9% from 46.6%, to a 14% increase in employees, and technology improvements including two "major" core banking platform upgrades, a new lending application system and redesigned website. TSB says it added just over 50 staff during its March financial year and now has about 500 in total.

Harmoney has been interesting, I've had fairly good returns but you get smashed by tax because loans which default cant be considered as expenses by the ird, not very liquid either so gradually pulling my investment out.

What?! You mean you can't Negatively Gear losses on your genuine business activity? Disgraceful...(sarc,off)

The losses are effectively taxed (could be a good solution for residential property). Imagine every property loss being taxed as income given that all negatively geared property investors are doing is converting taxable income into tax free capital gains. That would help correct property prices.

I agree. The lender/service fee eats up a large amount of your gross interest, too. The ability to stagger the loans is great though, so you can get a payment every day instead of quarterly/bi-annually like bonds or dividends.

The Harmoney Platform Fee is paid 100% by the Borrower. It is added as part of the loan amount borrowed. The Investor gets 100% Interest on all Borrowed funds...

Ah, my bad. You're correct :) I meant the lender/service fee.

OK :) Yes I left HM for that reason when the new Fee structure came in.

Also pulling my investments out, the fees have become ridiculous, but the main problem is that funds were sitting there for a week as priority seems to go to the institutional investors.

Is that true? It seems kinda crazy that defaulted loans cant be deducted from income received.

I have been with Harmoney as an investor for 2 years now. I have had issues with them from time to time,but overall,my experience has been pretty good. Here are the figures; a total of 390 loans,of which some 85% are A grade and 15% B grade. To date, 160 of these have been repaid early. I have had no defaults and a net yield after all charges of 10.14%.
I lend $75(3 units) on A grade and $50(2 units) on B grade loans.

I've been in from Day 1 and my loan portfolio has reduced by 2/3 in number of loans and value, mainly because I stopped recycling loan repayments and interest into new loans. My gross interest rate is below 10%. Not too happy at the size of the funds being asked for now.

It isn't a great percentage considering the potential risk. No surprise that people have been putting their money into property, and it is something people understand better.

Bet you have no idea.

I'll bet you don't know either,as it seems to me to be a very silly question. That is,one with no reasonable answer. I have both and they are worlds apart. A P2P investment can be done with say $5000 or even less,while even a small property involves several hundred thousand dollars. The risk depends on the level of borrowing,what happens to interest rates,the quality of tenants and the property itself. My P2P risk is spread over many small loans and represents a tiny fraction of my total portfolio.

That's right. That's why I don't claim things such as "it isn't a great percentage considering the potential risk." From an individual POV, risk profiling should start with a question": "What can I afford to lose?"

I was reasonably happy but I've been a little disappointed by the loan churn. I tried to figure out whether the loan churn was a function of the gross interest rate, borrowers monthly payment, borrower income etc.. I just fired up a little R script here are the results with my loans.

Probably skewed by my loan preferences - never lent to anyone with a mortgage, and rarely to anyone borrowing over 20K. The kicker with high interest rate loans the lender bears the burden of the risk, with losses being non tax deductable (apparently). But if the loan performs well, then its more likely that not to be churned.