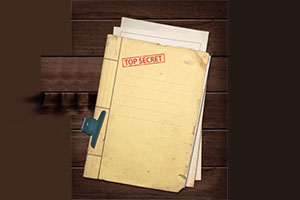 Should TSB Bank be fully transparent on just what its relationship with peer-to-peer (P2P) lender Harmoney is?

This is a question I first mulled in February when writing the article pasted in below in full, which appeared in interest.co.nz's subscriber email that month.

That article stemmed from an interview with Harmoney founder Neil Roberts. He said a second bank, alongside Harmoney shareholder Heartland, was now lending/investing money through Harmoney's online platform. Although Roberts couldn't name the second bank, he described it as a New Zealand domiciled challenger bank that's not one of the big four.

From there a simple process of elimination, as outlined below, sees all roads lead to TSB.

When TSB's annual report dropped late last week I looked for any mention of Harmoney. This was in case the bank had offered up some disclosure on its relationship with the P2P lender, something CEO Kevin Murphy wasn't prepared to do in February. There was none.

"As previously advised, TSB Bank maintains a position whereby we choose not to disclose the specific details of our investment portfolio. This is for reasons related to commercial sensitivity."

"I can assure you, like a number of other banks, we do retain a diversified portfolio with a moderate to conservative investment strategy. This is because we believe this is in the best interest of our stakeholders," Ewashko said.

In the big picture of a bank with total assets of $6.4 billion and gross lending of $3.85 billion, TSB's exposure to Harmoney is likely to be a small slice of the overall pie. However, if I was among savers to have deposited $5.8 billion with TSB, I'd probably like to know some details of the bank's relationship with Harmoney.

TSB's reputation is that of a conservative financial institution with strong capital that's well liked by its customers. However, the reputation took a knock when the bank's exposure to bonds issued by State Owned Enterprise Solid Energy blew up spectacularly in its face. Last year's annual results saw TSB writing off its entire $53.9 million exposure to Solid Energy.

March 2015 year net profit after tax almost halved to $25.5 million, TSB's annual dividends, paid to the TSB Community Trust, more than halved to $5.03 million, and the bank's return on shareholder's equity slumped to just 5.13% from 10.46% the previous year.

By the quirks of accounting rules TSB has been able to write-back $13.7 million of its Solid Energy provisioning, thrusting the bank to record annual pre-tax profit for the March 2016 year of $85.6 million. And the bank's capital adequacy ratios remain well above the Reserve Bank mandated minimums. At March 31 TSB's common equity tier one capital ratio stood at 14.52%, more than double the minimum required 7%.

Nonetheless lending money through a peer-to-peer loan facilitator like Harmoney, which acts as a middleman matching borrowers with lenders, is a major new step for TSB to take. P2P lending is in its infancy in New Zealand. Harmoney, far and away the biggest of a handful of P2P lenders licensed by the Financial Markets Authority to date, is growing fast. According to its website, Harmoney has now facilitated $258 million worth of loans since launching in September 2014.

A key appeal of P2P is interest rates paid to savers/lenders that are higher than bank deposit rates, currently repressed in a low interest rate world. However, the NZ regime overseeing P2P lending is a light touch one by international standards, something that has faced some criticism. It's also outside Reserve Bank oversight, and the prudential regulator of banks including TSB has no plans to dip its oar into the P2P world at this stage.

Earlier this year, KPMG’s annual Financial Institutions Performance Survey noted P2P lenders have launched in NZ during a benign period with interest rates at an all-time low, employment strong, and the performance of NZ’s economy among the best in the OECD.

“Many feel the real test for the P2P lenders will be when they go through a down part of the cycle and pressure comes on the accuracy of their credit modelling and/or a liquidity event occurs. This will be a very real test of the P2P sub-sector, and whether its investors understand the risk-reward equation and whether the credit modelling is correct,” KPMG said.

P2P hits rough seas in the US

Overseas two of the behemoths of the more mature United States P2P sector are facing significant challenges. Lending Club last month announced the shock resignation of its chairman and CEO, Renaud Laplanche, after an internal probe turned up improprieties in the company's lending process, which included the altering of millions of dollars worth of loans. Shares in the sharemarket listed Lending Club tanked 34% in one day.

Law firm Schubert Jonckheer & Kolbe LLP now says it has launched an investigation into whether officers and directors of Lending Club breached their fiduciary duties to the company and its shareholders by failing to implement adequate internal controls over financial reporting and disclosure procedures.

And Prosper, another major US player, has hired investment banks as it seeks capital to shore up its funding base, and considers options including selling a stake in the company, Reuters reports.

Lending Club and Prosper's issues in the US don't necessarily have any direct implications for the P2P sector here in NZ. But they do highlight that this is a new industry and there will be ups and downs as it gets established.

Thus based on Roberts' comments in the story below, TSB's likely to lend tens of millions of dollars through Harmoney.

For TSB, its depositors and those hoping to benefit from TSB's dividends paid to the TSB Community Trust, this is great if the returns remain strong. But if some of the loans go sour, there may be a nasty surprise in store.

In the interests of full disclosure, it would be good to at least know what TSB has on the line with Harmoney to give a clear picture of what the risks and rewards could be.

Below is our story from February;

Who is the 2nd bank lending via Harmoney? Draw your own conclusion

A New Zealand domiciled challenger bank that's not one of the big four.

This is the description, provided by Harmoney co-CEO and founder Neil Roberts, of a second bank that's lending money to borrowers via Harmoney's online platform.

His description leads to a short list of Kiwibank, TSB Bank, SBS Bank and the Co-operative Bank.

Heartland Bank, which would otherwise fit the description, is already known to be an 11% shareholder in Harmoney having bought its stake in September 2014 around the time Harmoney launched. Last year Heartland disclosed it had lent $32.8 million through Harmoney's platform by June 30.

Thus interest.co.nz put questions about Harmoney to the four banks short listed above. Below are their responses.

"As you are aware TSB Bank has an investment portfolio of in excess of $2 billion. Due to commercial sensitivity we do not make comment on specific investments within this portfolio," said TSB managing director Kevin Murphy.

Of the second bank, Roberts said it's not going to become a Harmoney shareholder at this stage.

"They (the bank) couldn't access the technology or product we have, or couldn't afford to build that themselves or wouldn't want to. They've got national reach - lending through Harmoney gives them national spread," he said.

"Two challenger banks, not the big four, have invested (loaned) $60 million between them in our platform, which we're really pleased about," Roberts added.

"We believe we'll have access from those two banks to about $175 million in the next 12 months, fractionalised, they take the index, and they follow retail (investors)."

The charts below are taken from Harmoney's marketplace statistics page, where significant additional disclosure can be found.

"When TSB's annual report dropped late last week" - must we continue to bastardise the language? The use of that term by the music industry is irksome enough (to grumpy old men like me), surely it has no place in financial accounting!?

what amounts/ratios have been lent in each investment grade Gareth?

I’ve noticed the loan quality has significantly deteriorated over the last year or so. When I started I only ever invested in 3 year loans to people who wanted 5K or less, who’s risk grades were D or better, and my RAR was over 20%. Now there’s just nothing there. My RAR is heading towards 14% and the good looking loans are few and far between. I wonder if Heartland and TSB have captured all the milk and honey loans and left the high risk subprime dregs for chumps in the general public.

I look at some of the loans and the rewrites which have been coming up recently. Some really need the loan declined as they are spending when they should be holding back. Nope people pile in the notes.

The same comments about commercial lending taking over happened with Lending Club in the US. I think that in their particular case they had people that would fund quickly. There was also a decline in the numbers of notes that people were willing to fund due to the number of people with money chasing returns. It seems like the same is happening here.

Just pick and choose. If you have excess capital the choice is to go from 1 note to 2 notes per loan or start taking excess funds out.

I've noticed similar about loan quality and I'm similar to you in that I mainly invest in 3-year loans with a bias towards lower amounts and A ratings. The subprime stuff seems to be more common now and I even saw a loan suggesting that the borrower didn't have citizenship (I'm not joking).

the yield on subprime lending typically settles at around 11-13% fat pat. interest rate at origination is irrelevant.

I regard myself as a cautious investor, with a widely spread portfolio of good quality, dividend orientated companies. I have put several small amounts into Harmoney and currently have just over 200 loans, all A grade.

My current RAR is 10.03%, with no defaults. some 20 loans have been repaid early. I have withdrawn sufficient to give me a net yield of some 9% on the total investment. So far, so good, but I continue to watch the market carefully.