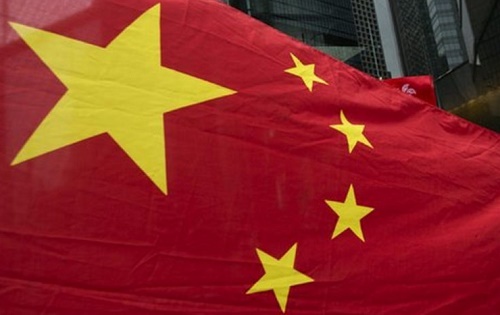 Chinese investments abroad have been on the rise for the last decade or so.

A quick look at the figures gives us an idea of just how far this reaches.

China’s share of FDI inflows in East Asia sits at just over the 50% mark.

The country’s share of East Asia’s ODI doubled from 30% to 60% in the same period.

Over the last few years, the accumulation of Chinese FDI and ODI has been phenomenal.

Back in 2000, FDI stock in China was US$193 billion, presumably accumulated over the 20 years since the economy opened up.

The Chinese are coming

The data around ODI is even more amazing.

Despite the increase in the volume of Chinese ODI, many of these deals are smaller ones.

Larger deals in particular are proving difficult to launch abroad.

56 deals have been abandoned in the past 15 years alone.

The acquisitions of these groups also tend to be financed by debt or by the funds that policyholders entrust to these firms’ insurance subsidiaries.

So, the typical acquisitions are not the same ones we would observe in a free-market context.

Nonetheless, even in the last couple of years, the scale of outbound acquisitions as a share of gross domestic product was only 0.8% for the country, well below that of the U.S. or major European nations.

The acquisition premiums paid by Chinese buyers are no different from those paid by their Western counterparts.

The current push of ODI is to invest in soccer clubs.

It was estimated that more than half of outbound transactions worth US$100 million or more undertaken between 2005 and 2016 destroy value.

The worst performing investments were in retail and professional services, representing China’s aggressive stance towards the services sector and reflecting its inexperience in that space.

Further, transactions in which the Chinese acquirer took a controlling stake had a much greater chance of success.

Following on from these observations, there have also been political pushbacks on Chinese investments abroad.

For example, media coverage about the value of Chinese investments in a local context can often be rather negative.

This makes it less likely for Chinese ODIs to be perceived as friendly and thus contributes to greater failure rates.

Generally, the perception of Chinese ODIs is poor in Western countries.

Chinese ODIs do have the option of targeting developing countries, but many of the resources and capabilities that China needs remain in Western (developed) countries.

With this in mind, the notorious Chinese ODI will continue to knock on the doors of Western countries in search of good value.

It would be really helpful if references/papers/reports that supports the many statements in this report can be provided please.

This article will definitely give me sweet dreams tonight. It sounds like the Chinese (with lots of money) are marching towards Auckland with an unstoppable force. Thank you Ang Siah Hwee #LongLiveChina #中国万岁

He, He, DGZ, you really are getting over excited over nothing. Have you forgotten that it was mostly families and individuals that bought around NZ (Mostly Auckland). Who had access to lots of very low interest credit and if they couldn't get hold of the banks funds then they would turn to shadow banking.

China has had to clamp down on all of that and there is no mention of them lifting their Capital Flight restrictions on individuals in this article or in any external articles.

Well perhaps if you had some farm land or a football club you might stand a better chance of getting your grubby hands of their investment money. :P

Article: China's Crackdown On Capital Flight Is Claiming Some Of Its First (And Biggest) Victims
https://www.forbes.com/sites/ywang/2017/03/16/chinas-crackdown-on-capita...

You should see what China is doing in the mining industry in Africa .

The sheer scale and size of its investments are staggering

And its not all new .

They built a railway line from Dar Es Salaam almost half way across the continent to the copper belt of Zambia and withing close distance of the mineral rich Katanga province in DRC some years ago .

The Chinese overseas shipping company COSCO has offices and container handling facilities and yards everywhere from Maputo to Djibouti on the east coast and from Cape Town to Dakar on the West Coast .

I have just returned from the Cook Islands and noted the major "investment" by China there. They are building another large public facility - Chinese company, design and labour with "funding support" from the Chinese government. Now I don't know the details of this particular case but the standard expectation is for them to be rewarded with fishing rights to the massive Cook Islands EEZ as of right or for a peppercorn rental. The papers were reporting about a local politician getting six months prison and property seizure for corruption in granting annual fishing rights around Aitutaki to a Chinese company for $68,000.
Our PM was there at the same time with a few crumbs but it is not difficult to see where this is heading.
Here's an earlier report on the extent of the looming disaster:
http://i.stuff.co.nz/business/industries/66050030/marine-genocide-warnin...

So sad to see a pristine environment wrecked for a few politicians' financial gain.

And they will not give a tinker's toss about the environment and Africa's enigmatic wildlife.

Payments and other transfer of monies are invariably fully accounted for and revealed to executive team members, compliance officers, shareholders, analysts and others, and disclosed in annual reports. One way or another, illegality and corruption in business practices are usually discovered.

Almost none of this can be said of Chinese companies engaged in overseas investment.

In the resources sector, and likely in other sectors and geographies, in which business investment and development plans need to be agreed (smoothed through) with local governments and their officials, the stances and activities of Western companies and their Chinese counterparts tend to be radically divergent. One of the two is generally required to, and also concerned to, abide by legal and business norms. The other has no such compunction or requirement.

This is not merely a contest in commercial success. It is a fundamental contest of ethical standards and behaviour. On the one hand, disinfecting daylight. On the other, dangerous shadow.

Some very dodgy stuff and these poor naive and trusting folk are getting totally screwed - not that these western multinationals have quite the squeeky clean record you suggest. Interestingly, while the local politician (Teina Bishop) got the prison sentence and had his assets seized, the Chinese outfit (Huanan Fishery Ltd, a subsidiary of Luen Thai Fishing Ventures) has faced no sanctions and is in fact extending its operations to include the pristine Northern group. No processing of the catch in the Cooks or local labour at sea just 100 foot longliners and massive processing mother ships (all Chinese crewed) will be involved in this looting operation. Disgusting!

Yep, our pollies are in siesta mode at the moment - witness Nicky Wagner sitting in a disability conference dreaming of the deep blue sea - she's got "our" interests at heart - Cooks are a New Zealand responsibilty

I don't know the fishing sector, David, but I have had some knowledge of the resources sector. I agree that Western interests are not squeaky clean; my point is that there are some pretty powerful flashlights pointing at the corners. There are none lighting up Chinese companies. This suits many entities they do business with and the companies themselves. And if anyone in China takes too close a look, they risk joining the disappeared.

I agree that the wholesale looting of the seas, as of much else, is a scandal. Fishing companies think investment in their industry is buying bigger and bigger boats.

I find the enthusiastic and excited tone of this piece disturbing. Is this guy excited that China is going to march in, take over and swamp our economy. Where do his true loyalties lie?

Coming to Auckland with lots and lots of money to make the home owners rich yay! House prices are about to go bananas yeeha #SoHappy

You missed the second part of the title, they are apparently looking for good value....

I am not trolling I am just happy and there are many many of us who are happy and in support of house prices going bananas.

Greed and self interest seem to run deep in this country.

DGZ is not from this country, IIRC. It may be that's why he has zero regard for Kiwis.

Sorry DGZ that's not happening there's no mention of them lifting their Capital flight restrictions on individuals, so sorry but you're still stuffed.

I guess you don't care about our own doctors lawyers and engineers who (currently) choose to live in Auckland but don't yet own property.

DGZ - are you planning to sell or just like looking at a bigger number on a sheet sheet that's good for nothing other than looking at - unless of course, youre one of those that love leveraging up against it and consuming until..........

We would all do well to remember the old saw "He who pays the piper, calls the tune".

I don't think Auckland is a part of the western countries.