With most Japanese economic metrics improving except inflation, the Bank of Japan is between a rock and a hard place in deciding the policy course. Takatoshi Ito reviews their options

With most Japanese economic metrics improving except inflation, the Bank of Japan is between a rock and a hard place in deciding the policy course. Takatoshi Ito reviews their options
27th Jan 18, 11:35am
by Guest 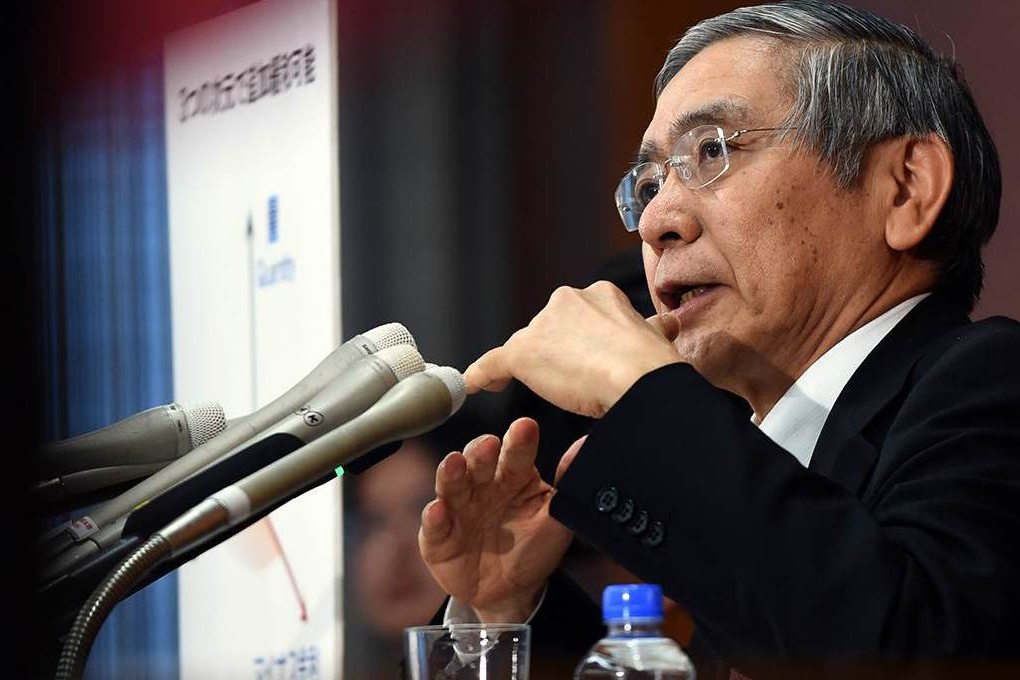 Unemployment is down to 2.7%, the lowest level since 1993, and the job-opening-to-application ratio is 1.56, its highest level since 1974, resulting in acute labor shortages in several sectors, including construction, retail, and package delivery.

But, while these indicators suggest that Japan is finally out of the woods of more than two decades of stagnation, deflation, and economic insecurity, the headline inflation rate, at just 0.6%, remains far below the Bank of Japan’s 2% target. And, notably, while the BOJ had been attributing low inflation to falling energy prices, energy is now contributing positively to inflation. When fresh food is excluded from the price index, the rate rises to 0.9%, but falls to 0.3% when also excluding energy.

Considering the current labor shortages, why Japan has not experienced a healthy wage-inflation spiral remains a mystery. To be sure, inflation is also missing in the United States and Europe. But the Japanese case is particularly striking. Japan’s real economy has been supported for years by fiscal deficits as high as 6% of GDP, and by extraordinary quantitative easing (QE), which BOJ Governor Haruhiko Kuroda introduced in April 2013. The debt-to-GDP ratio has since risen to 230%, and the BOJ has assumed ownership of more than 40% of outstanding government bonds (JGBs).

The BOJ has maintained its negative policy rate and 0% ten-year-bond rate by purchasing annually ¥80 trillion in JGBs and ¥6 trillion in equities. But, more recently, it has kept the ten-year-bond rate at 0.0-0.1%, while reducing the pace of new purchases of JGBs to around ¥50 trillion, in what some regard as a stealth tapering.

With Kuroda’s term ending in early April, two camps of critics have become increasingly vocal. The first camp, arguing that the real economy is what matters, wants the BOJ to stop providing stimulus and start worrying about its bloated balance sheet.

When the inflation rate moves closer to the target, the BOJ will have to start raising its policy and long-term rates without adjusting the size of its balance sheet – which is exactly what the US Federal Reserve is already doing. Given the low average coupon rate of asset-side long-term bonds, the upward shift of the yield curve will result in a loss for the BOJ (“negative seigniorage”), at least temporarily. In the worst-case scenario, the BOJ could exhaust its capital and require a fiscal injection, which could jeopardise its independence.

Accordingly, the first camp believes the inflation target should be lowered to 1%. Inflation would then be on target, and the BOJ could wind down its QE program. The major drawback of this approach is that it would cause the yen to appreciate sharply, striking a blow to the real economy.

The second camp believes that more stimulus is needed, and that increasing the consumption-tax (VAT) rate in April 2014 was a huge mistake, as is stealth tapering. Instead, QE and expansionary fiscal policies should remain at full throttle until the 2% inflation target is reached. That means more government expenditure through more JGB issues, to be purchased by the BOJ – also known as “helicopter money.” The problem is that intentionally blowing up the budget deficit will increase the risk of a fiscal crisis down the road, without helping the real economy.

When the BOJ held its latest policy-setting meeting on January 22-23, it maintained the approach it has followed for more than a year. Kuroda and his deputy governors are probably hoping that the real economy’s strong performance will translate into higher inflation soon. But will it?

Generally, three keys to higher inflation are wage increases, resulting from labor scarcity; expectations of higher future inflation among the public; and a favorable external environment.

With respect to wages, Japanese Prime Minister Shinzo Abe’s government has been pressuring major corporations to raise wages by 3% or more. That should be manageable, considering that many corporations are enjoying record profits. And yet unions in Japan remain timid, and workers remain traumatized from 15 years of deflation. As a result, many choose job security over pay hikes. Demanding higher wages, they fear, would give companies an excuse to move operations abroad or adopt labor-replacing technologies.

As for the second ingredient, the BOJ has admitted that it underestimated the difficulty of influencing inflation expectations when it introduced its QE program in April 2013. In Japan, the expected inflation rate, however it is measured, tends to track the actual inflation rate, albeit with some lag. This helps to explain why simply announcing a 2% target has not anchored the public’s expectations, as it has in the US.

At the same time, the external environment is promising. Almost every other advanced economy is experiencing steady, synchronized growth. And emerging economies, especially China, have also regained strength. At the level of the global economy at least, the stars seem to be aligned for inflation to reach the 2% target rate in Japan, the US, and the eurozone.

In Japan, the Phillips curve tends to be L-shaped. Right now, the economy is very close to the kink in the “L,” the point known as the non-accelerating inflation rate of unemployment (NAIRU). Any sign of a vertical move (implying higher inflation with an unemployment rate at NAIRU), rather than a horizontal one (a lower unemployment rate without CPI inflation), will be welcomed by the BOJ, and good for the economy at large.

Takatoshi Ito, a former Japanese deputy minister of finance, is Professor of Economics at the School of International and Public Affairs, Columbia University, and Senior Professor at the National Graduate Institute for Policy Studies, Tokyo University. He is also a contender to be the next Governor of the Bank of Japan. Copyright: Project Syndicate, 2018, published here with permission.