Rather than retaliate, Lee Jong-Wha says Asian economies should take the opportunity to revamp their development models, boosting their own prosperity and resilience, and be constructive global actors

Rather than retaliate, Lee Jong-Wha says Asian economies should take the opportunity to revamp their development models, boosting their own prosperity and resilience, and be constructive global actors
2nd Apr 18, 7:58am
by Guest 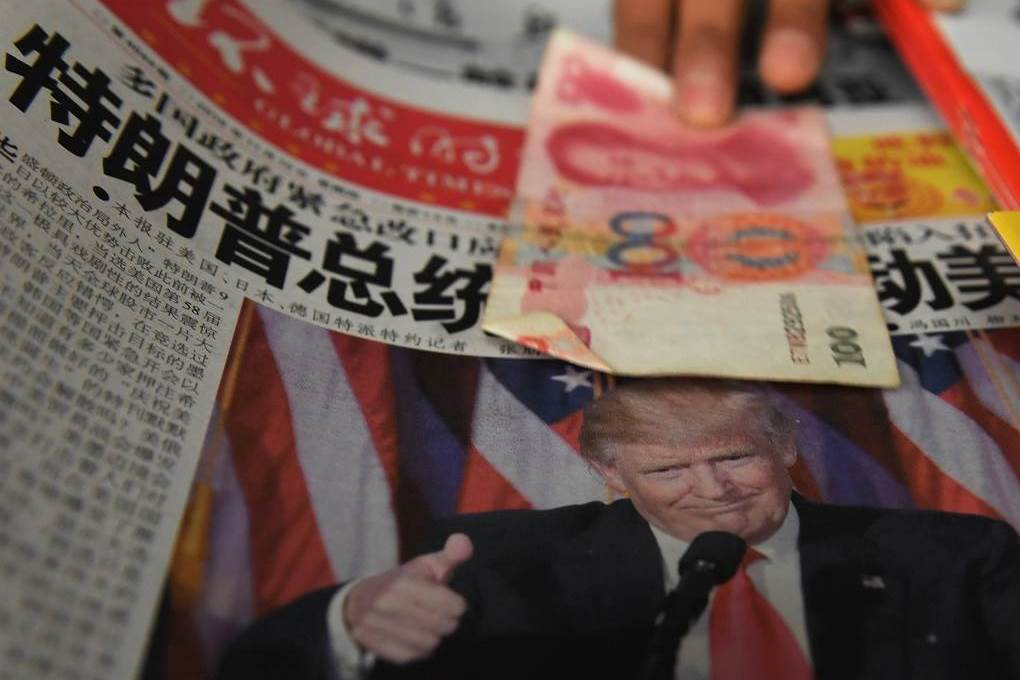 Over the last five decades or so, Asia’s economies have relied largely on an export-oriented development model to support rapid economic transformation and growth. But with US President Donald Trump fulfilling his promise to adopt a more protectionist approach to trade – an effort that could spur retaliatory measures by other countries – that model is coming under increasing strain.

In the last year, Trump has withdrawn the US from the Trans-Pacific Partnership (TPP), renegotiated its free-trade agreement with South Korea, and raised “safeguard” tariffs on imported washing machines and solar panels from China and South Korea. Now, the White House has announced steep tariffs on steel and aluminum, supposedly to strengthen national security. And it is set to impose punitive tariffs on a range of Chinese goods over alleged intellectual-property theft.

This is a startling reversal for the United States, which has served as the world’s main champion of free trade since the 1930s. Of course, some of Trump’s predecessors adopted protectionist policies; but those arose out of actual negotiations with trade partners. As Harvard’s Dani Rodrik has put it, “Trump’s trade restrictions have more of a unilateral, in-your-face quality.”

Trump’s actions are unlikely to do the industries in question, much less the overall US economy, much good. The steel tariff, for example, will help a small number of workers in the steel industry itself, while hurting a much larger number of workers in downstream industries like construction, oil and gas, and automobile manufacturing. Such measures have no chance of reversing the decline of traditional manufacturing industries in the US.

Tariffs won’t do much for America’s trade balance, either. Trump and his advisers believe that international trade is a zero-sum game, and thus that tariffs are a direct route to smaller trade deficits. But the real source of US trade deficits is macroeconomic imbalances in the US economy, such as excessive household consumption and fiscal deficits – imbalances that tariffs will do very little to address.

What Trump’s tariffs will do is raise the risk of a global trade war. According to the Chinese state mouthpiece, the Global Times, China is preparing for just such an outcome. In response to increased trade restrictions, China could limit imports of aircraft or agricultural products such as soybeans from the US.

Even US allies have been bracing for a trade war. Before the European Union won a last-minute reprieve from the steel and aluminum tariffs, it announced that it was considering retaliatory tariffs on American goods, including whisky and motorbikes, to which the US responded by threatening tariffs on European cars. Meanwhile, the EU and Asian steel-importing countries, like India and Indonesia, are preparing to adopt safeguard measures to counter a potential surge of imported steel diverted from the US.

When Trump claims that “trade wars are good, and easy to win,” he could not be more wrong. The truth was stated clearly by Chinese President Xi Jinping in January 2017: “No one will emerge as the winner in a trade war.”

A global trade war would undermine economic recovery, hurting businesses and consumers by encumbering global supply chains and raising prices for imported goods. The Asian economies with export-dependent growth models – such as Vietnam (where exports constitute 90% of GDP), Malaysia (71%), and South Korea (45%) – would be hit particularly hard.

To mitigate the risks, Asia’s economies must take on a more proactive role in preserving free trade. Working together, Asian economies could use forums like the G20 and the World Trade Organization to improve global trade monitoring, reduce trade tension, and prevent self-destructive beggar-thy-neighbor policies.

To improve their chances of success, Asian economies should eliminate any protectionist measures in their own markets, and refrain from dumping output from overcapacity on global markets at subsidized prices. China, which has faced sharp criticism from the US, the EU and Japan for unfair trade practices – including export subsidies, currency manipulation, intellectual-property theft, and forced technology transfer – has a particular responsibility here.

Asian economies should also work to promote trade liberalization within their own region. The ten economies of the Association of Southeast Asian Nations (ASEAN), together with six more countries (Australia, China, India, Japan, South Korea, and New Zealand), have already agreed to launch the Regional Comprehensive Economic Partnership. That agreement could generate momentum for further expansion and deepening of intra-regional trade.

Another deal with considerable potential is the Comprehensive and Progressive Agreement for TPP, the TPP’s successor, which emerged after the US withdrawal. Seven Asia-Pacific economies (Japan, Australia, New Zealand, Brunei, Malaysia, Singapore, and Vietnam) have already signed onto the pact, which accounts for a combined 13.5% of global GDP, and more members are being sought. South Korea, Taiwan, Thailand, the Philippines, and Sri Lanka are all viewed as potential additions. If China joined, or the US rejoined, the pact’s positive impact would be strengthened considerably.

Finally, Asian economies should strengthen their domestic growth engines, including consumption and investment, thereby reducing their reliance on external markets. In particular, they should pursue policies that foster the creation of quality jobs and the transfer of more corporate savings to households.

At the same time, these countries should improve the investment climate for domestic and foreign firms, by removing excessive regulations in product, labor, and financial markets. More investment in high-productivity service industries – such as health care, education, telecommunication, and financial services – would also help.

The Trump administration seems set on pursuing a destructive protectionist path. But, rather than retaliate, Asian economies should use the threat of broader US tariffs as an opportunity to revamp their own development models, thereby boosting their own prosperity and resilience, not to mention their positions as constructive global actors.

Lee Jong-Wha is Professor of Economics and Director of the Asiatic Research Institute at Korea University. His most recent book, co-authored with Harvard’s Robert J. Barro, is Education Matters: Global Gains from the 19th to the 21st Century. Copyright: Project Syndicate, 2018, published here with permission.

Umm... "Rather than retaliate" you may want to rethink the reality of the situation.

BBC article: China hits back with tariffs on US imports worth $3bn
http://www.bbc.com/news/world-asia-43614400

China has imposed tariffs of up to 25% on 128 US imports, including pork and wine, after US President Donald Trump raised duties on foreign steel and aluminum imports in March.

China has warned that it does not want a trade war with the US, but will not sit idly by if its economy is hurt.