Yu Yongding says the reason Sino-American relations have soured is the Trump administration's worldview, not external balances
25th Apr 18, 8:54am
by Guest 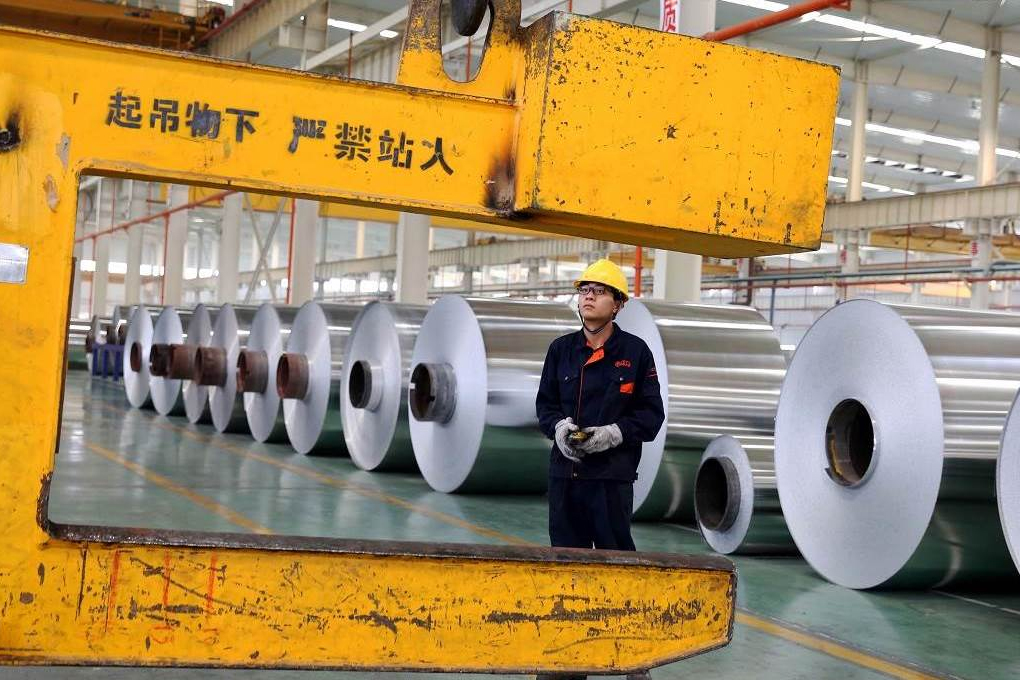 Last month, US President Donald Trump’s administration fired the opening salvo in what is quickly shaping up to become a full-blown trade war.

While trade friction has long been an issue in the Sino-American relationship, few expected such an escalation, not least because economists widely view trade wars as damaging to all parties.

So how did we get to this point, and can we turn back before it’s too late?

First and foremost, Trump does not seem to understand how trade works. He thinks that America’s US$500 billion trade deficit with China amounts to a loss, the result of “incompetent” US administrations allowing their Chinese counterparts to take advantage of them. In fact, according to Trump, the US already lost a “trade war” with China years ago.

But trade balances are far more complex than Trump makes them out to be. For starters, much of what China exports includes components manufactured elsewhere, meaning that the country’s trade surplus actually includes the trade surpluses of many other countries.

Moreover, China runs large deficits against Japan and Southeast Asian economies, even as it runs a large surplus against the US. China’s overall trade surplus as a share of GDP has fallen steadily over the last decade – from nearly 10% in 2007 to just above 1% in 2017 – meaning that the country’s external account is basically balanced.

And then there is America’s current-account deficit, which is not necessarily a bad thing, as it implies the acquisition of large amounts of foreign capital. This has benefited the US over the years, by strengthening its financial system and currency. While the US external deficit could stand to be reduced, as it partly reflects America’s own lack of savings, trade policy alone would be insufficient to achieve that goal.

None of this is to say that the US does not have any legitimate grievances about China’s trade practices. But these must be viewed as issues of China’s compliance with World Trade Organization rules.

As former WTO Director-General Pascal Lamy once acknowledged, while China has done “really well” in implementing its long list of WTO commitments, “no country is above criticism.” In particular, Lamy noted, certain services sectors may not be sufficiently open and protection of intellectual property rights (IPR) should be strengthened.

These are fair criticisms. Indeed, China’s government itself hoped to open up the financial-services sectors more quickly, but financial fragility demanded a gradualist approach. And, though the country has made progress in IPR protection, it should have taken the issue more seriously from the start.

As for the US, its Trade Representative (USTR) has closely monitored China’s WTO compliance since the country joined in 2001. The USTR’s 2016 report on the topic acknowledged the complexity of the picture presented by China’s WTO membership at the time, but took an overall positive tone, highlighting the expansion of mutually beneficial trade and investment.

Yet the USTR report for 2017 – Trump’s first year in office – mentioned no positive results. Instead, asserting that the US had “erred in supporting China’s entry into the WTO on terms that have proven to be ineffective in securing China’s embrace of an open, market-oriented trade regime,” the USTR focused on complaints about Chinese industrial policy, which is largely beyond the WTO’s scope.

In particular, the Trump administration takes issue with the Made in China 2025 strategy, introduced by China’s State Council in 2015 with the aim of boosting ten strategic industries, including advanced information technology, automated machine tools and robotics, aviation and spaceflight equipment, and electric vehicles. The USTR report warns that the strategy’s “final goal” is to “capture much larger worldwide market shares” in the targeted industries.

In reality, the Made in China 2025 strategy – which, incidentally, is inspired partly by the US government’s own massive investment in research and development – seeks to raise China’s manufacturing ability only to the average level of the world’s major manufacturing powers by 2035 (not 2025), a rather modest goal. But even if China wanted to set more ambitious goals, by what right could the US – which now possesses much larger market shares in the targeted industries – block it from attempting to do so?

According to the USTR report, the problem is that the policy tools the Chinese government is using to achieve the goals of Made in China 2025 “are largely unprecedented, as other WTO members do not use them.” Moreover, they “include a wide array of state intervention and support designed to promote the development of Chinese industry in large part by restricting, taking advantage of, discriminating against, or otherwise creating disadvantages for foreign enterprises and their technologies, products, and services.”

Yet the report fails to identify those interventions, which is not surprising, given that the State Council has not yet specified the policy tools it will use. And while America’s grievances regarding IPR issues are understandable, they could be addressed through the WTO. The fact that the Trump administration has taken the approach it has suggests that it does not merely want to ensure that China complies with existing rules; it wants to prevent China from catching up to the US technologically. This is obviously not acceptable to China.

This reading is reinforced by the National Security Strategy that the Trump administration released last December, which asserted that the US would “respond to the growing political, economic, and military competitions we face around the world.” China was cited as the main challenger to “American power, influence, and interests,” an adversary that is “attempting to erode American security and prosperity.” This perspective fuels the risk of the so-called Thucydides Trap, in which an established power’s fear of a rising rival leads to conflict.

One hopes that the war drums will be silenced through negotiation and mutual concessions. Then US and Chinese leaders can turn their attention to the broader problem of avoiding the Thucydides Trap, thereby preventing a clash with consequences that would dwarf those of a trade war.

According to the USTR report, the problem is that the policy tools the Chinese government is using to achieve the goals of Made in China 2025 “are largely unprecedented, as other WTO members do not use them.” Moreover, they “include a wide array of state intervention and support designed to promote the development of Chinese industry in large part by restricting, taking advantage of, discriminating against, or otherwise creating disadvantages for foreign enterprises and their technologies, products, and services.”

Thats what I see ... China having the goal of being , relatively, self sufficient. ( a good thing , in my view ). BUT... You can't have your cake and eat it too...!!
Free trade is ...well yeah, it is free trade.
I perceive China as being a Mercantilist country. https://en.wikipedia.org/wiki/Mercantilism

USA , with its' Global reserve currency ,and exploitation of that position, is something else.. I'm not quite sure what to call them..??

This article is full of contradictions. The first paragraph says that Trump started a trade war (lol). But then this is contradicted in the article by suggesting that the US does indeed have legitimate grievances about China's trade practices. The author would rather that Trump simply complains to the WTO about these grievances. I would love to hear Trump laugh about that suggestion.

And then after the article criticises Trump's actions, and even suggests that he doesn't understand trade, at the end it says that we may avoid a trade war because China are pledging to lower the tariffs that Trump raised as an issue.
Sooo.... Trump's actions had the desired effect then? And it was China's trade policies that started this in the first place? Trump was the first US President to do something about this for years?
Yes, yes, and yes.