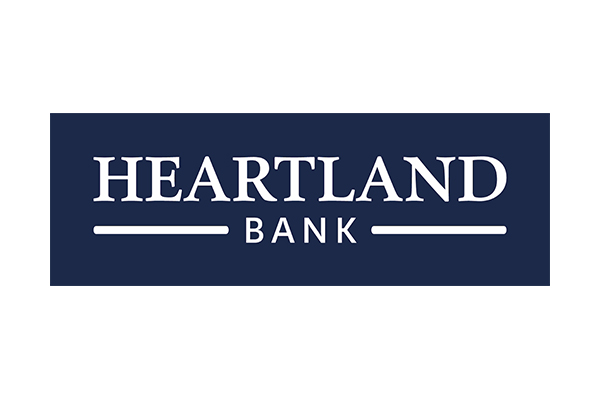 Heartland Bank says it's planning a corporate restructure that will remove business growth constraints stemming from Reserve Bank regulation, and see it list on the Australian sharemarket.

The proposal is for a restructure of the Heartland Bank Ltd group of companies via a court approved scheme of arrangement under Part 15 of the Companies Act. The purpose of the restructure is to more clearly define the separation between Heartland Bank Ltd’s New Zealand and Australian businesses, and to enable it to access the most efficient forms of equity and debt funding, according to an NZX filing.

Shareholder approval is required with Heartland asking shareholders to consider and vote on the restructure at its Annual Shareholder Meeting in Auckland on September 19.

"Heartland will shortly file an application with the High Court of New Zealand seeking initial orders that, if granted, will allow the restructure to be voted on by shareholders at the Annual Shareholder Meeting."

Heartland was formed through the merger of Marac Finance, CBS Canterbury and the Southern Cross Building Society in January 2011. It gained banking registration from the Reserve Bank in December 2012. Heartland targets niche markets such as reverse mortgages, vehicle lending and livestock finance where bigger banks are not aggressively competing. It also lends money for unsecured personal loans through licensed peer-to-peer lender Harmoney. As of March 31, Heartland had total assets of $4.4 billion.

Heartland has a 13.35% stake in Harmoney, through which it had lent $119.6 million by December 31 including about A$10 million through Harmoney in Australia.

Heartland gets most of its funding from retail depositors. As of December 31, the bank had $3.63 billion worth of borrowings of which $2.7 billion were deposits.

Heartland says it has hired investment bank Cameron Partners to prepare a report on the restructure.

"The purpose of the report is to provide an independent assessment of the merits of the restructure for Heartland’s shareholders. Cameron Partners’ appointment has been approved by the Takeovers Panel and its report will be included in the Scheme Booklet. Further information about the proposed restructure will be provided to shareholders in a scheme booklet which is expected to be released, along with the Notice of Meeting for the Annual Shareholder Meeting, in mid-August 2018," says Heartland.

"In preparation for the restructure, the board of Heartland Bank has resolved to cancel 440,677 shares held as treasury stock. This reduces Heartland’s total number of shares on issue to 560,147,250."

Heartland shares were up 2 cents at $1.73 on Wednesday afternoon.

After the restructure Heartland Australia Holdings Pty Ltd will transition from a subsidiary of, to a sister company to, Heartland Bank Ltd, with both becoming subsidiaries of the New Parent. Heartland Bank Ltd debt securities will continue to be listed on the NZX Debt Market.

Below is a diagram provided by Heartland showing the proposed new structure.

So will they stll be a bank?
As a shareholder and a depositor i am concerned that they could just become a finance company and i'm not sure if i want to go down that track.
Operating outside RBNZ constaints,hmmmmmmm.

ngakonui gold - so 25% of assets comprise reverse mortgages in what has been a very overheated market (on both sides of the Tasman) And where prices are only going to go one way.

First rule of finance, borrow long, lend short. Heartland would appear to be trading on the rbnz safety net.

and the contagion begins https://www.nzherald.co.nz/business/news/article.cfm?c_id=3&objectid=120...

Yes, this concerns me for two reasons.
1. Are they meeting the terms of their FMA licensing?
2. In theory these are sub-prime loans the banks wouldn't take. Yet here we are...

That's the in theory part.

Can't get a loan from a bank due to x y z, then go peer to peer and get the loan from someone directly willing to take the risk.

Yet as we see, they are now just all Bank filled. You wonder why the banks don't just cut out the middle man and do it all themselves.

Ever since harmony started gobbling up their own loan book I haven’t been able to invest much at all. There's just garbage on offer now. Does that mean that Harmoney is pre-filtering the loans, keeping the wheat and passing the chaff to Retail investors. I would be surprised. The FMA should look into them.

Why, just because you say so. Comes down to choice. It makes the world go around.

I think the FMA should look into them because of t he conflict of interest that comes from being both a service provider, and a user of the services. Its not just me by the way. Other people have noticed significant a drop in the volume and quality of loans on offer.

As of last year, APRA now has has regulatory powers over the non-bank lenders. As the big 4 banks in Australia clamp down on risky lending due to the Royal Commission, and those borrowers migrate to the non-bank sector, you can expect APRA to start stepping up its oversight.

so any potential risk for heartland savings account ??? :-o
Thanks; any pointers appreciated

No different to anywhere else