An unintended outcome of the trade war is that China will reduce its reliance on trade and imported technologies and could be stronger, more resilient, and less willing to accept international rules

An unintended outcome of the trade war is that China will reduce its reliance on trade and imported technologies and could be stronger, more resilient, and less willing to accept international rules
27th Sep 18, 12:37pm
by Guest 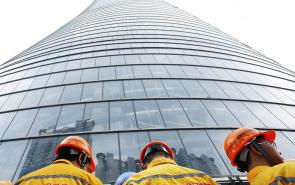 The world’s two largest economies – China and the United States – are engaged in a full-blown trade war, and what US President Donald Trump hoped would be a blitzkrieg has turned out more like trench combat. Many fear that this is only the beginning of a long conflict that could include weapons – and casualties – far outside the realm of trade.

Since China joined the World Trade Organisation in 2001, the US has taken issue with China’s large current-account surplus and the undervalued renminbi. But over the last ten years, that surplus has pretty much disappeared, and the renminbi has largely been appreciating. Now, the US has shifted its attention to China’s inadequate protection of intellectual-property rights and its policy of appropriating foreign technology in exchange for market access.

Yet, in China’s view, what the US is really reacting to is not only the specifics of its trade policy, but also its overall development model and its aspirations to become a major global power – aspirations that are not out of reach. In fact, the Chinese believe, Trump’s trade war effectively proves that China has become a real and present threat to American hegemony.

Whether this is true or not is irrelevant; what matters is Chinese perception. Whereas in the past, only a few conservatives warned of US attempts to “contain” China, virtually everyone in China now buys into this narrative, including a growing number of young people.

Having grown up amid prosperity and confidence, exposed to Western lifestyles and educations, China’s millennial generation – born in the 1980s and 1990s – were supposed to usher in an era of even greater openness and freedom. Yet these young people – who have previously reported much warmer feelings toward Western countries and Japan than their parents and grandparents – are having their faith in Western ideas tested by Trump’s actions.

The real danger is that rising nationalism could embolden a contingent of the Party, known in China as the New Left, that denounces capitalism and its Western proponents, and calls for a return to the Maoist socialist order of 40 years ago.

On the positive side, it is likely to produce the political cohesion needed to implement structural reforms that shift the economy away from trade and manufacturing and toward domestic consumption. As different interest groups and factions unite against a common foe, President Xi Jinping will gain even more political capital, facilitating the shift from export-led economic growth to a trade-neutral model. Tax cuts and the redistribution of wealth toward households are also possibilities.

This is not to say that China is not continuing to pursue its plans to open up further. Even as China raises tariffs on US imports, it is lowering tariffs for other countries, in order to fulfill its promise to increase overall imports and bolster domestic consumption. And its impending liberalisation of its financial-services sector will amount to its biggest step toward openness since its accession to the WTO.

Areas that will become open to foreign participation include banking, securities, insurance, payments, and ratings services. Restrictions on foreign investors’ equity holdings or investments in services are being sequentially eliminated. Reflecting Xi’s belief that “sooner is better than later, and faster is better than slower,” at least seven of the 11 measures the central bank announced in April have already been completed.

Even as China continues its economic opening, however, it is looking increasingly inward, at its citizens to serve as consumers and at its businesses to adopt and advance new technologies. Many companies have already redoubled their efforts to increase their value-added and innovation capacity.

Whether Trump’s trade war is about containing China or just about punishing it for its trade practices, the unintended consequence is that China is now fortifying itself for a new era of political and economic challenges. Yes, the country will find it more difficult to pursue the “Belt and Road Initiative,” for example, or to export its excess capacity. But in the longer term, reducing its reliance on foreign trade and imported technologies will leave China stronger, more resilient, and possibly less willing to acquiesce to US-designed rules.

Sometimes the “loser” of a trade war ends up better off than the “winner.” In the 1980s, when President Ronald Reagan imposed restrictions on the number of cars Japan could export to the US, Japan suffered. But, over time, it developed its auto industry so that it could export more expensive cars.

Trump thinks that attacking China through trade will help to “Make America Great Again.” But it is more likely to make China stronger.

Keyu Jin, a professor of economics at the London School of Economics, is a World Economic Forum Young Global Leader and a member of the Richemont Group Advisory Board. Copyright: Project Syndicate, 2018, published here with permission.

I don't think this article is coherent.

After listening to President Trump's, Macron's UN speech and observing German delegates' reaction to Trump's comments on Germany's energy dependence on Russia, I am pretty that France is pretty pissed off by Trump's A-first and anit-globalism policies and German delegates are seriously not serious about this US administration.

Not sure about the reactions and responses from other Anglo worlds.

I have to applaud this administrations efforts on China. These tarrifs are absolutely justified - it was a mistake to admit Red China into the WTO in the first place.

Americas economy is booming. The near future is definitely in the USA, with a rising South Asia (the Indo-Pacific). East Asia has serious demographic issues and nowhere to go.

In Trump we finally have a leader standing up for the ordinary person in western world. The US is indeed booming and that’s Trump making America great again in just 2 years.

I am not sure I follow the reasoning in this piece.

China was never going to get into line with its behavior

Frankly , China is facing a Trade War BECAUSE ITS ALREADY BREAKING THE RUES OF INTERNATIONAL TRADE

Half the time I see these 'Guest' articles there is some Chinese or Globalist agenda behind it. The reasoning doesn't make sense because it's not about facts it's about PR.
https://www.youtube.com/watch?v=eViswN602_k

Yep, It would appear that the writer is a card carrying member of the CCC Party.

I remember the term globalization was invented and preached in all economics text books in all Anglo Saxon nations.

Why does this term suddenly become evil??

I am very confused here.

Tibet and Xinjiang under martial law, stealth invasion of the South China Sea, One Belt One Road Indebted Servitude perhaps? We don't entirely trust the US even though they were our saviours in WW2, why should we trust China?

China will NEVER give in in this trade war, its about losing face, the world is watching, Trump will learn the hard way. Hopefully both nations will come to their senses, they will both suffer in the long run

actually it's China who at risk of learning the hard way. Everyone knows China takes IP, has loads of trade barriers etc.

China has hidden behind its fixed currency regime.... which has pretty much allowed it to be a mercantilist economy... https://en.wikipedia.org/wiki/Mercantilism
I could look at this as either a massive export subsidy and/or a massive import tariff regime.

What Trump has done is small potatoes.... chump change ...compared to Chinas agenda...

I dont have an issue with what he has done... good on him..
Maybe the learned Professor could ponder that ...rather than babbling on about the Chinese millenial generation...
I would have thought that within China, peoples perceptions are dictated by the "Party".... ie.. the people are not "free" to gather their own information , as information heavily censored, and free speech may not be so free..?? https://freedomhouse.org/report/freedom-press/2017/china

The article neglects to reference the actual start date of China 2025 - May 2015. It's a classic Ten Year Plan. Well before the US election even kicked off, and well before Mr Xi became Emperor.

Fact-checking needed......but the writer's Social Credit Score may well have been bumped up a bip or two....

The goal of the program, as stated in government documents, is to “allow the trustworthy to roam everywhere under heaven while making it hard for the discredited to take a single step.”