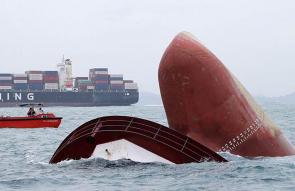 As the trade cycle turns, so goes the global economy. But there is a new twist.

With growth in global trade sharply diminished since the 2008-2009 global financial crisis, an upsurge of protectionism and disrupted global supply chains is all the more problematic. There is a distinct possibility that a turn in an already weakened trade cycle could spark a surprisingly swift deterioration in the global economy.

Early hints of just such an outcome are evident in the January update of the International Monetary Fund’s World Economic Outlook. While the IMF has revised downward its 2019 forecast of world GDP growth by 0.2 percentage points (from 3.7% to 3.5%), it has made just a fractional reduction to its projection of 4% global trade growth. This is certainly puzzling. In a climate of increased tariffs between the US and China, with threats of more to come, and given Brexit-related risks to eurozone trade, there is good reason to look for more significant downward revisions to the global trade outlook.

This would be especially problematic, given that the world economy’s support from global trade is already on shaky ground. Following a crisis-induced plunge of 10.4% in the volume of global trade in 2009 – a modern-day record – recovery has been muted. After a brief two-year rebound in 2010-2011, world trade growth averaged just 3.6% from 2012 to 2018 – about half the 7.1% average annual pace in the 20 years before the crisis.

To be sure, the slowdown in world trade may be traceable to the global economy’s relatively weak post-crisis recovery. But the ratio of growth in global trade relative to growth in world output – an indicator that normalizes for different recovery trajectories – says otherwise. In the two prior expansions – 1985-1990 and 2002-2007 – this ratio averaged 1.6: in other words, once the cyclical noise of post-recession rebounds subsided, growth of global trade was about 60% faster than growth in world GDP. By contrast, in the current expansion, that ratio has averaged just 1.0 over the comparable 2012-2018 period, with global trade having slowed to a pace only equal to the growth of world output.

Debate rages about why growth in global trade has slowed so sharply in recent years. Extensive research published by the IMF in late 2016 attributed the slowdown largely to subdued business capital spending, finding only small effects from protectionism. Yet the world has changed a lot in the subsequent two years. While the capital spending shortfall persists – despite a temporary increase from large corporate tax cuts in countries like the United States – there has been a marked increase in protectionism, with attendant pressures on global supply chains. As a result, a rethinking of the IMF findings is in order.

US President Donald Trump’s administration has obviously taken the lead in moving from trade liberalisation and globalisation to protectionism and fragmentation. One line in Trump’s inaugural address said it all: “Protection will lead to great prosperity and strength.” Rhetoric quickly gave way to action and was followed in short order by US disengagement from the Trans-Pacific Partnership, replacement of NAFTA with a higher-cost USMCA (United States-Mexico-Canada Agreement), and, of course, a succession of tariff hikes against China. Withdrawal from the Paris climate agreement, threats to pull out of the World Trade Organization, and complaints about NATO participation round out US disengagement from multilateralism and the global trading system that it has long supported.

Against this backdrop, a rapidly unfolding China slowdown is all the more problematic. While recent GDP data point to only a slight deceleration in late 2018 – 6.4% annual growth in the fourth quarter versus 6.5% in the third quarter – monthly data revealed sharp declines in December retail sales of key discretionary consumption items such as automobiles and mobile phones. Reflecting this deterioration in domestic demand, Chinese imports plunged by 7.6% in the 12 months ending in December, a worrisome about-face after a 16.1% gain in 2017. At the same time, China’s exports fell 4.4% in December as tariff-related weakness in US markets finally appears to be taking a meaningful toll.

Needless to say, depending on the outcome of US-China trade negotiations, there could well be more bad news for Chinese exports to the US. Moreover, while China is moving aggressively to counter the cyclical shortfall in domestic activity, it could be several months before its policy moves start to take hold. In the meantime, risks remain very much on the downside for Chinese import demand. That underscores a key risk to the IMF’s latest forecast: China is the world’s largest exporter and second-largest importer. It’s negative impact on an already weakened global trade cycle is only just starting to become apparent.

The disruptive effects of Brexit can only exacerbate this problem. The eurozone, as a whole, ranks right behind China among global exporters and slightly above China as the world’s second largest importer. With exports to the United Kingdom accounting for about 3% of the European Union’s GDP – considerably higher for Belgium, Ireland, and the Netherlands – Brexit-induced frictions to global trade can hardly be taken lightly.

All in all, the global trade cycle is facing major stress in 2019, and markdowns have only just begun. This underscores the risks of a major shortfall in world GDP growth. In a still tightly connected world, no major economy will be an oasis. That includes the US, whose 45th president continues to insist that it’s easy to win a trade war. Maybe not.

Interestingly discussions about global trade and production never include the discussion about climate change and the condition of the environment.

Irony is a downturn in gobal growth is good for the environment.

GDP and climate change are linked!

Debate only 'rages' where ignorance is endemic - in economic (and derivative) circles, in other words.

Elsewhere, some of us have kept an eye on the Limits to Growth, and it's 10 and 30-year updates. We read them all. And were unsurprised by 2008. Totally unsurprised. What we doubt is that there has been actual growth since, in real terms. I suggest that if we take deferred maintenance into account, there hasn't been.