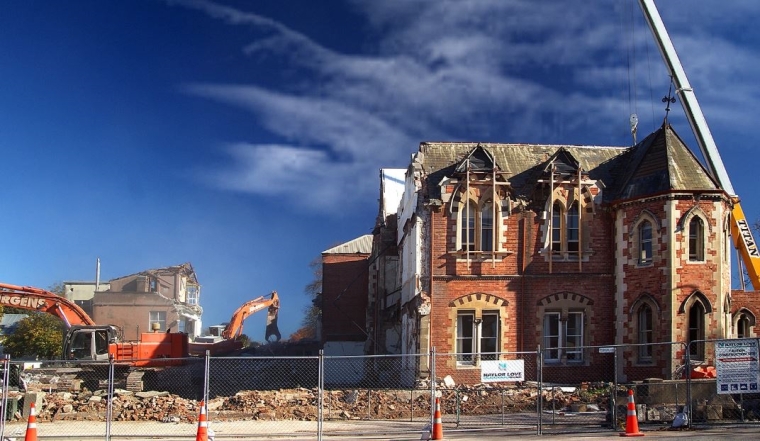 Private insurance companies and the Earthquake Commission have finally struck deals over long-running disputes over how to apportion costs relating to the Canterbury earthquakes.

Tower, the third largest and only New Zealand-owned insurer was hit particularly hard by the dispute. It had $70 million set aside as a receivable in its books but was told last year by the Reserve Bank it could not keep treating this as solvency capital as it might not get the money from EQC. It meant Tower had to raise more money.

Now Tower says it has reached a deal with the EQC. Under the settlement agreement Tower will receive $42.1m after disbursement to reinsurers and costs. The write off of the residual amount will result in an impact of approximately $9.5m on Tower’s FY20 reported net profit.

The basis of the deals appears to come from an earlier agreement at the start of this month when EQC and private insurers announced a new partnership that they said "will provide an improved, more collaborative approach to supporting New Zealanders through natural disasters in the future".

Under the new partnership, from the second quarter of 2021 anyone with home insurance whose home or land is damaged in a natural disaster will only need to lodge one claim through their private insurer under the terms of this new arrangement.

This is the statement from Tower:

Tower Limited (NZX/ASX: TWR) today announced that it has entered into a settlement agreement with the Earthquake Commission (EQC) regarding an outstanding receivable resulting from the Canterbury Earthquakes.

Under the settlement agreement Tower will receive $42.1m after disbursement to reinsurers and costs. The write off of the residual amount will result in an impact of approximately $9.5m on Tower’s FY20 reported net profit.

Tower Chairman, Michael Stiassny, said that the settlement amounted to 76% of the gross carrying value listed in Tower’s accounts, a good outcome that means the company can now turn its full focus to the future.

“The Canterbury Earthquakes remain a significant event in New Zealand’s history and will have a lasting impact on the community,” said Stiassny.

“For Tower, this legacy resulted in distractions that have been progressively removed over the years and it is important we provide the management team with clear air to move the business forward and accelerate.

“The Board determined that reaching this settlement agreement dealt with any remaining unpredictability and gave certainty to our shareholders, who will be pleased to see this risk removed from our business.

“We now have a very strong capital position and will provide a further update in relation to dividend payments with our 2020 financial year results announcement tomorrow.”

EQC Chief Executive, Sid Miller, said that reaching a settlement to resolve the allocation of costs meant that both businesses could draw a line under the past, and continue to focus on helping sort out any remaining claims for customers.

“The series of earthquakes suffered by the Canterbury region caused a number of complexities in allocating building and land damage and the cost of repair between different earthquake events. This settlement is a significant milestone for EQC in our Canterbury Earthquake recovery programme,” said Miller.

Tower Chief Executive Officer, Blair Turnbull, said that finalising the receivable with EQC and our agreement to act as an agent of the EQC to manage natural disaster claims, signals a new way forward.

“Our agency agreement with the EQC demonstrates that we have learnt from the experience of the Canterbury Earthquakes and are focussed on supporting customers and getting them back on their feet following a natural disaster,” said Turnbull.

And this is the statement from IAG:

New Zealand’s largest general insurer, IAG (trading under the brands AMI, State, NZI, NAC, Lumley and Lantern), and the Earthquake Commission (EQC) have today reached an agreement to resolve the division of costs for claims resulting from the 2010 and 2011 earthquakes in Canterbury.

IAG Chief Executive New Zealand Craig Olsen says, “We are pleased to have negotiated a settlement with EQC in a constructive and timely manner which has avoided the need for costly and protracted court proceedings.

“Both parties can now move forward with certainty, and we look forward to continuing our collaborative efforts with EQC to further strengthen the critical insurance frameworks that underpin New Zealand’s ability to recover from natural disasters.”

EQC Chief Executive Sid Miller says, “We are very pleased to have reached an agreement with New Zealand’s largest insurer and this is another significant milestone for EQC and IAG in the Canterbury Earthquake recovery programmes.”

IAG played a central role in driving these changes, which, once implemented in mid-2021, will simplify the claims experience by making private insurers the single point of contact for customers in the event of a natural disaster.

Extraordinary. $70 mill worth of intangibles allowed to be presented on Tower’s balance sheet as a current asset, year after year. What is the point of auditors if companies, let alone those publicly listed, can get away with duplicitous book keeping like that. And if it is wrong now as the RBNZ has only belatedly declared, why wasn’t it just as wrong in the beginning then?

There's something disgustingly wrong with the insurance oversight system in NZ that these insurance companies were allowed to screw with peoples life's for 10 odd years while the insurance CEOs were sailing their yachts around the harbor laughing at their own bank balances.
It will not be the last time there is a major insurance event in NZ. Did anyone learn anything form this fiasco?????