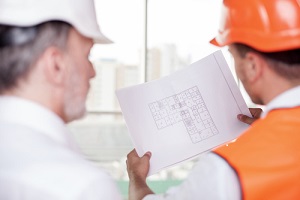 There is a well-known book by American law professor Jay Feinman that sets out a theory on how insurance companies, in the United States at least, operate to reduce their claims exposure.

The book is called 'Deny, Delay, Defend'. The author explains a strategy that he believes exists in which insurance companies essentially wear people down by delaying their claim, then denying the claim and then defending any proceedings so that the few that are left standing represent a minuscule proportion of those who were originally entitled to claim.

Anyone who has been involved in litigation against EQC and insurance companies out of the Christchurch earthquake may somewhat cynically see some parallels.

Nearly five years after the first major earthquake, only the brave (or stubborn) are left standing. However, from a specialist insurance lawyer’s perspective, there seems to be a constant stream of people who are still having to fight with EQC. It seems amazing that so long after the earthquakes, EQC is still being held to task for what appears to be unrealistic, and in some ways absurd, repair proposals.

In a number of actual cases, EQC has steadfastly maintained that a house could be repaired for $30,000 or $40,000 (thereby making it under the EQC cap of $115,000 GST inclusive). But when proceedings are served, EQC decides to appoint a suitable expert (without explaining why this hasn’t happened for the past nearly five years) and miraculously increases its assessment to being well over the cap for one if not more of the events.

These are real cases, involving real people who have had to live and battle with EQC over the last nearly five years. Most of New Zealand has relegated the Christchurch earthquake to a memory of a sad and tragic event. But anyone on the ground in Christchurch knows that a significant number of people are still battling to force EQC to honour its statutory obligations.

The Court of Appeal recently ruled that where a house owner is forced to take EQC to court to force it to pay the full amount, rather than relying on absurdly small assessments, EQC is obliged to pay costs when it finally accepts its proper responsibility. That is only fair of course.

But the important question is – when EQC originally assessed repairs at $30,000 or $40,000, did it genuinely believe that such represented its statutory obligation? If so, how could it have mistakenly assessed the house repairs at such an absurd figure? It would be a different matter if the dispute was over 10% or even 20% differences in value. But there are a number of cases where a repair estimate of $30,000 or $40,000 has, after proceedings have been filed, increased to over $200,000. There can only surely be two possible explanations for such wild differences – utter incompetence (how else can you assess a claim at $40,000 and then later admit it is $150,000 or $200,000); or a deliberate strategy of the sort explained by the American law professor.

The next question, of course, is how many people have accepted these low-ball “repair estimates” from EQC assuming that EQC knew what it was doing. There must be many people in that category, and EQC will know who they are.

Gerry Brownlee is talking about reviewing work carried out by EQC’s repairers, and somewhat cynically blaming the builders for defective work. In view of the numbers set out above, it seems that EQC’s customers may have got what EQC paid for. In one such actual case, before the home owner could stop them, EQC sent some of its “cowboy builders” around, they jacked the building up, only to make it worse and then left announcing that the house had been repaired.

When proceedings were first issued, EQC steadfastly maintained its position until subsequently backing down and acknowledging that the repairs were well over cap. Is this the fault of the repairer? The answer must be “no”. A tradesperson can only work to the scope that is provided to him or her. If EQC tells the repairer to do such a patch up, and provides a budget of a few thousand to do it (when the true repair cost is closer to $200,000), how can EQC or Gerry Brownlee blame the builder?

Insurers seem happy to sit back and allow EQC to assess and in some cases settle these claims for under cap. Of course they would, it gets them off the hook. But once EQC is held to account, the insurer will be required to step up and meet its share above the $115,000 cap. Current evidence suggests that there will be many people whose houses EQC claims to have repaired, or whose claims EQC has cash settled. It will need to revisit those repairs or settlements so that EQC can meet its statutory obligations.

And before all the naysayers scream “ambulance chasing lawyers”, people need to remember that if it was not for the few courageous people and their lawyers who challenged these repairs, it seems unlikely that EQC would have ever budged. This lawyer in particular has never seen one case where EQC has materially changed its position without litigation.

After nearly five years, it is clear that the “delay” stage has been completed. How much longer will the “deny” and “defend” continue until some common sense prevails and EQC honours its statutory obligations without the need for litigation?

Andrew, I have a number of claims in this situation (as do neighbours).

One was assessed at $58,000 in Aug 2011, the inspector noted on the scope to refer to an engineer. This was never done. It remained undercap despite extra evidence being provided, a structural engineer was never sent out. Tonkin and Taylor did onsite drilling which was never reviewed in regards my repair.

I was officially told by EQC that there was nothing I could do and I had to wait for them in a queue.

In 2013 I was finally allowed to opt out of the Fletchers programme. EQC then said I had to provide my own engineers report (as they had none - which is what I thought they were waiting on), it was extremely difficult to procure anyone at that time and it took many months to get an engineer who could provide a quote let alone start. When I went back to EQC mid 2014 with the engineer ready to go.

They then came back and put it over cap. In October 2014 I received the EQC funds.

Subsequently the private insurer has deemed it a total rebuild (I told EQC the foundations needed totally rebuilt in March 2011 because the foundation had cracked open by 50mm, the house was 90mm sloping and was you could see the top of the ring foundation). The insurer put the rebuild at about $500,000. They have not yet paid but agree to do so.

Had EQC assessed it correctly and in a reasonable timeframe then that payment should have been received at least 3 years earlier. Even at 7% interest, that is over $100,000 lost interest.

As I have a number of other similar claims and know many others, I would be eager to start or join a class action against EQC.

Do you have any advice Andrew?

Chris I get many stories like yours, and it may be worth looking at more closely. I think you'll understand that I can't give advice through this blog, but would be happy to talk if you wanted to have a chat.

And EQC, in conducting its business/service this way can only be acting on explicit instructions from the executive branch of government. Clearly, the event, had it been responded to in accordance with its actual obligations, meant EQC would have been unable to fund it.

In addition to my comment above, I believe there are probably 5,000 to 15,000 houses that have been poorly scoped or poorly repaired.

If on average there was $200,000 of work to do, that is $1-3b extra work. Plus potentially hundreds of millions in lost income or interest for claimants.

I looked at a modern 1980s upmarket house this week with the floors noticeably sloping. EQC had spent about $200,000 injecting grout and relevelling but it still felt wonky. (The slab dropped away from the walls in the Feb earthquake in one corner). Fletchers did the work. Absolute shonky repair. It should have had a new slab. Unfortunately yet another house now being on sold with substandard repairs. I have literally seen hundreds of these repairs and most are not bringing them up to a pre quake standard let alone as new.

Who in their right mind are buying these? Surely building reports point out the faults? Or has that market/service been captured/compromised as well?

Yes it is potentially a large issue, and I have heard of much higher figures.

Reading this opinion and the comments is cheering. Having a much lower costed SOW than those mentioned, I am sitting typing by a rug covering the gap in the floorboards which exposes the ground below.

The quoted SOW repair cost for the wrecked foundations is in three figures. Need I say more?

It is difficult to believe this is incompetence. The emergency assessment carried out within two weeks of February 22, 2011, rated the house as having structural damage.

@ChrisJ Agree that the courts will see further actions, especially as the implications of the Increased Flood Vulnerability and Increased Liquefaction Vulnerability land damage findings become clear in relation to foundation repairs. Many of those repairs were not consented, should have been, and required geotech assessment that was never carried out. That would have resulted in many more over-cap claims.

Would seem that this is the rule rather than the exception when it comes to EQC. We are in the same boat. EQC have stedfastly maintained we are a $70K patch up job when engineers reports, floor specialists and builders are very clear that at the very least we need a full new floor slab and foundations and that has been priced at around $350k alone without taking into account that virtually every room needs to be redone and the house leans 30mm to one side on the west side and 25mm to the right on the east side. Oh and I forgot to mention, we are talking about a 6000sq ft home with 8 bedrooms over 2 floors and to remediate the floor you need to move the house to one side where there is no room.
It has taken 4 years 11 months to get EQC to agree to a joint review and that was only after officially notifying them and EQR that they were now in the gun for a potential Corporate Negligence claim.
It took less than 2 hours for them to suddenly decide that a joint review was a good idea after denying 2 previous requests for joint reviews.
I just have to wonder what garbage they will spout when the on site review occurs. They have as their bullying tactics have proven thus far that they will stop at nothing to deny, defend, delay and discredit anything that experts or we may say or do.