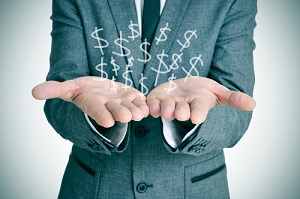 The Melville Jessup Weaver (MJW) actuaries, who yesterday released a controversial report calling for a crackdown on commissions in the life insurance sector, are being slated for letting banks off the hook.

AIA is among the insurers who say MJW got it wrong, by arguing banks should basically keep selling insurance the way they do, while financial advisers should become more regulated to solve the problem of under insurance in New Zealand.

The report, ‘Review of Retail Life Insurance Advice – An opportunity for a new beginning’, has targeted one distribution channel over the other, as it’s identified commissions as being at the heart of the problem.

It notes high upfront replacement commissions (of around 200% of an annual premium) incentivise advisers to get their clients to jump between insurers.

While MJW argues replacement business is in the order of 40% to 50% among advisers, it says it’s only around 10% for banks.

It recognises bank employees could be motivated to inappropriately get their clients to policy hop, as they may be chasing quarterly performance payments, or free movie tickets on offer for example. Yet these incentives don’t cause the same conflicts of interest as commissions do.

MJW goes further to say the Qualified Financial Entity (QFE) accreditation given to banks has “generally worked and we see no need to change the overall approach…. The banks have been successful in growing the life insurance market in New Zealand”.

In contrast MJW says the replacement activity demonstrated by advisers exacerbates under insurance as it adds 10% to 15%, or $100 million, to industry costs every year, which consumers essentially pay for through higher premiums.

These conclusions are among those that have prompted AIA, Partners Life, Fidelity Life and Asteron Life to resign their memberships from the Financial Services Council (FSC), whose members paid MJW $200,000 to write an independent report on the issue.

AIA chief executive Natalie Cameron says the report was written according to the agenda of the FSC’s “more powerful” members. The FSC’s members include insurers and banks.

“Despite recent reports of conflicts of interest in the banking channels; these were entirely excluded from the report,” she says.

“I’m not saying there’s not a place for banks in insurance, but I’m saying any report that was fairly and accurately surveying the landscape of commissions and conflicts, ought to also consider what happens at a bank.

“The bank produces the product, manages the sale of the product, distributes the product, and sets their staff targets to sell that one product. In terms of conflicts, there’s an enormous amount and there’s not a lot of disclosure when you’re buying from a bank.”

She says a reason there may be more churn (or policy replacement) where advisers are involved, is because an adviser’s job is to keep in touch with their client and make sure their insurance cover meets their needs, which change as they go through life. People opting for “cookie-cutter” products sold through banks, may be less inclined to review their insurance needs.

MJW commends banks for doubling their life insurance market share in the past 10 years, to 29%, while advisers have dropped their share from 78% to 64%, and the market share of direct sellers has remained at 7%.

It puts the growth in banks business down to: “Their captive bank customer base to whom making a secondary life insurance sale can be relatively straightforward.

“The banks having leveraged the direct and on-going relationship they have with their customers to market to them other non-banking products. Witness the success they have enjoyed expanding their share of the KiwiSaver market.

“A contention of this review is that the traditional companies with their adviser distribution networks have overly focussed on the needs of their advisers and not placed enough attention on their customers and this has ultimately cost them market share to the banks.

“An interesting example of this is the slowness of the life insurers to provide internet access for customers to their policy details.”

MJW also says, “Data received from the insurers illustrates how the banks are reaching a different audience to the adviser market – their customers tend to be younger, have lower premiums (i.e. they are reaching a customer base which might otherwise struggle with affordability of the product) and they have a higher percentage of females.

“This is all very positive for the industry in growing its penetration of the total New Zealand market. This section of the market is not reached by the normal advisers. So this relatively new and different distribution channel has had a positive effect on the industry.

“In time one can take the view that these younger customers may well be able to and want to take independent advice – so benefiting the adviser market in the future.”

Inadequate insurance nearly as bad as having no insurance

Cameron warns the bank distribution model risks leaving people with an inadequate level of insurance cover. They may be sold a product through a bank salesperson or mortgage expert and not given the advice they need.

He’s recently encountered a situation where BNZ tried to get his clients, who were taking out a mortgage, to trade the insurance policy he had arranged for them five months earlier, for a BNZ policy.

The bank offered the couple a cash grant to cover the first year’s premium for a life insurance, trauma cover and income protection package, disregarding the fact the cover it was offering only included around half the benefits of that the couple had in their existing policy.

Callon says it’s like owning a Mercedes without knowing what it can do, but then being talked into buying a Toyota Corolla

The New Zealand Bankers’ Association has declined interest.co.nz’s request to comment on the MJW report.

The report has been released as the Ministry of Business, Innovation and Employment reviews the Financial Advisers Act 2008 and Financial Service Providers Act 2008. An ‘Options Paper’ on the review is due out this week.

Jenée Tibshraeny "Why the covid crisis is not a credit crisis "