The Kaikoura earthquakes were the seventh most costly event covered by insurers around the world last year.

Aon Benfield, in its 2016 Annual Global Climate and Catastrophe Report, puts the insured loss of the November 13 disaster at US$2.1 billion (NZ$2.9 billion).

With the total economic loss of the quakes expected to be US$3.5 billion (NZ$4.9 billion), it maintains 60% of the losses will be covered by insurance.

Put in perspective, Aon ranks the 2011 Canterbury earthquake the 10th most costly insured event since 1950.

Munich Re estimates 69%, or US$16.5 billion, of the US$24 billion of total losses suffered were covered by insurance.

The Earthquake Commission - aka taxpayers - are largely to thank for such high levels of insurance cover, which Treasury has argued should be higher if building owners properly calculated their sum insured.

The significance of an event like the Kaikoura quake being such a costly disaster for insurers, is that it yet again increases New Zealand's risk profile. It makes reinsurers nervous, so they charge insurers higher rates for cover. This gets passed on to consumers, who end up paying higher premiums.

The low interest rate environment has provided a buffer in recent years, as a lot of the excess capital it has created around the world has been invested in reinsurance. This has taken the heat off reinsurers to charge higher premiums.

The issue is interest rates around the world are starting to turn, so New Zealand insurance holders might start feeling the pinch soon.

The fact the Earthquake Commission Act is still up in the air, won't help, as it adds another layer of uncertainty when reinsurers weigh up how risky New Zealand is.

Coming back to the Aon report, the most costly insured event in 2016 was the series of earthquakes in Japan’s Kumamoto region in April. At US$5.5 billion, only 14% of total economic losses were covered by insurance.

This was also the most costly event in terms of total economic loss.

Flooding along the Yangtze River basin in China caused the second largest economic loss. Yet only 3% of the US$28 billion of losses were covered by insurance.

So how did the number of natural disasters around the world in 2016 compare to previous years?

There aren’t great fluctuations when you look at earthquake activity.

However altogether, natural disasters around the world last year caused US$210 billion of economic losses - 21% more than the 16-year average, and the seventh highest amount on record.

US$54 billion of these losses were covered by insurance - the sixth highest amount on record.

Aon acknowledges you can expect the amount of insured losses to keep increasing as more people in developing countries get insurance.

Yet, it says: “With continued scientific data highlighting the presence of climate change, there is growing evidence of how a warming atmosphere is leading to sea level rise, more unusual weather patterns and intense meteorological events that are beyond what has been recorded historically.

“Combined land and ocean temperatures for the earth averaged 0.94°C above the long-term mean, making 2016 the warmest year ever recorded since official data on global temperatures began being collected in 1880,” Aon says.

As for carbon dioxide - the main contributor to the greenhouse effect - Aon says: “2016 marked the first year since 1958 [when measurements began] that monthly averaged atmospheric carbon dioxide levels did not drop below 400 parts per million." 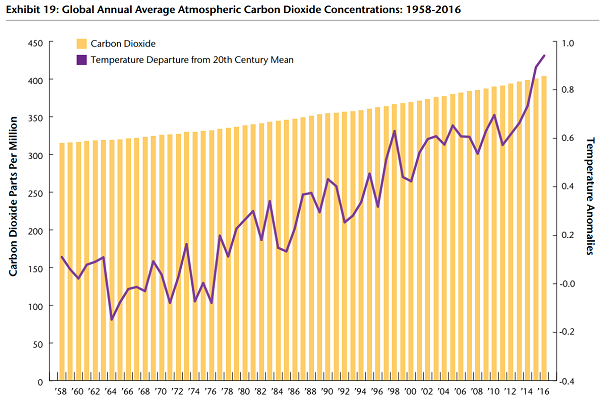 Aon also references the effect greenhouse gas concentrations have been having on the decline in Arctic sea ice. The ice has been melting at a faster rate since the mid-1990s.

“In 2016, extraordinary meteorological conditions resulted in further decline of the Arctic sea ice,” it says.

“The slow rate of ice growth observed during the second half of the year was unprecedented as November and December 2016 monthly minimums were the lowest on record and new daily minimum records were set for the whole period from October 18 to December 31.” 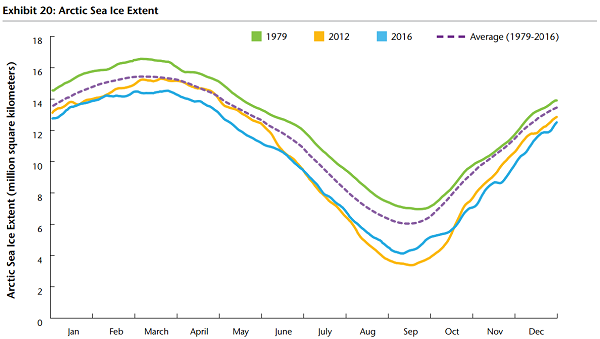 As well as climate change, Aon says urbanisation will see us keep suffering more economic losses due to weather events.

“An equally important contributing component involves global population and migration patterns. Since 1980, global population has risen at a compound average growth rate of 1.4% to 7.4 billion in 2015,” it says.

“An even more noteworthy statistic is that the percentage of urbanized population has grown by 0.9% each year to 53.9%. The United Nations anticipates this percentage to grow to 66% by 2050. 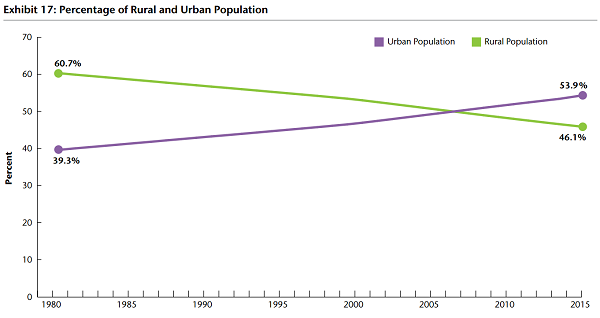 “Perhaps the most important population metric surrounds migration, as the UN suggests that by the next census study in 2020, roughly half of the world’s population will live within 100 kilometers of an ocean coastline.

“All of these factors translate to a greater concentration of people – and higher volume of exposures – situated in some of the most vulnerable locations on the planet.”

What does this mean for New Zealand?

Insurers insure against risk. When they deem the risk too high, they'll either charge you a higher premium, or not insure you at all.

Cantabs for example struggled to get home insurance after the 2010/11 earthquakes. IAG’s chief risk officer has also suggested Wellingtonians might start being charged much higher premiums due to earthquake risk.

As for the risk of rising seas levels, insurers in Australia have already included exclusions in their property insurance policies for damage caused by the sea.

The Parliamentary Commissioner for the Environment, Jan Wright, says we should prepare for similar exclusions to be introduced in New Zealand.

She has identified at least 9,000 homes that lie within only a half a metre of spring tide levels.

The Insurance Council of New Zealand’s chief executive, Tim Grafton, has acknowledged: “If you get frequent enough events and the risk level goes up, then clearly insurers will have to look to respond to that.”

Therefore insurance as we know it will keep evolving as our environment and the risks it poses change.

The pinch is that the climate and movement of people around the world are changing faster than ever before.

Well, from my first-hand exploration of the Kaikoura 1-1.5m raised platform (from the top of the crossing loop at Oaro to well north of Kaikoura itself), I can vouch for the fact that 'climate change' and in particular rising sea levels risk in that area has just receded for a coupla centuries due to land uplift.

And word from the locals is that, with commercial fishing pressure eased off on crays and paua, it's possible to get a bag limit of crays and still throw tens of the critters back.

So YMMV, especially when local conditions are being talked about. And everyone lives 'locally'....