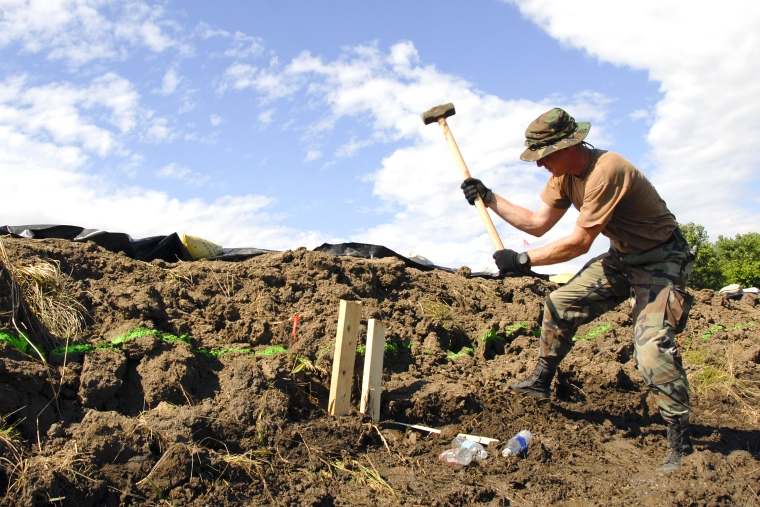 Suncorp is putting its stakes in the ground as it battles to outbid Fairfax Financial Holdings and take over Tower.

Disclosures to the NZX reveal Suncorp’s wholly owned subsidiary, Vero Insurance New Zealand, has made agreements to essentially lock in the shares it has bought in the insurance company.

Vero on February 22 agreed to buy 11.14% of Tower’s shares from various shareholders for $1.30 each, and made a non-binding indicative proposal to buy the rest for the same price.

On February 24 it agreed to buy more shares for $1.30, specifically from the New Zealand Superannuation Fund, upping its stake to 13.29%.

The sales of all these shares have since been settled.

Yet with every share purchase, Vero arranged to make an “escalation payment” to the seller to essentially reassure them that if they parted with their shares, they wouldn’t be left out of pocket if the bidding war with Fairfax escalated.

It agreed that if in the next year it on-sold the shares it bought from them for more than the $1.30 each it paid, it would pay the seller the difference.

It also agreed that if in the next year it bought shares from other Tower shareholders for more than $1.30 each, it would pay the seller the difference.

The latest disclosure on the escalation payment agreements made to the NZX explains:

In connection with the Transaction, Vero has agreed to pay an "escalation payment" to each of the sellers from which it has acquired shares, in the following circumstances:

- If, in the 12 months after 22 February 2017, Vero sells shares acquired in the Transaction from a particular seller to a third party, Vero must pay that seller (for each share purchased from that seller) the difference between the price paid per share to the seller and the greater price that Vero receives for that seller's shares from the third party.

Suncorp’s move comes as Tower awaits shareholder and regulatory approval to sell 100% of its shares to Fairfax for $1.17 each.

The sale has been unanimously approved by Tower’s board of directors. Salt Funds Management and ACC, which collectively hold 18.1% of Tower shares, have also committed to voting in favour of the Fairfax proposal.

Tower’s other major shareholders include Perpetual Limited, which on February 22 increased its holding from 6.68% to 8.71%, and Westpac, which has a 6.44% share in the company.

Tower’s share price was only 79 cents before Fairfax’s takeover bid was made. It now sits at $1.32.

The New Zealand insurer, which holds a 5% share of the New Zealand general insurance market, has been in some strife since the 2010/11 Canterbury earthquakes.

It is still pursuing its separation strategy, whereby it would ring-fence its troubled quake-related business in a separate company, if a sale doesn’t go through.

If Suncorp is successful in its takeover bid, Vero, along with its joint venture partner AA Insurance, will have a 30% share of New Zealand's general insurance market. Its fellow Australian rival, IAG has a 46% share in the market.

It is difficult to understand why Suncorp did not move earlier on this acquisition as Tower was obviously financially, looking kaput. Perhaps they were waiting for the actual death throes? Arrival of Fairfax obviously scuttled that strategy & now it's a bit of a scramble. Looks like Suncorp doesn't want a large international player like Fairfax getting a toe hold in the market. Looks like Suncorp will succeed. That looks good for policy holders and outstanding EQ claimants etc but it does not look good at all for the job security of Tower board
and staff. Imagine some claimants would say that is a good and deserved end for quite a few of them. Be interesting to see what the powerful and well connected Tower chairman resorts to in order to get the Fairfax deal back in front again. Winks, nudges and innuendo with concern to the Commerce Commission perhaps? Anyone for tennis?