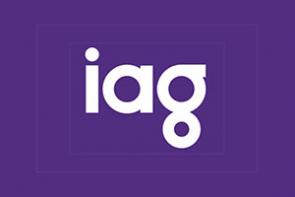 We’ve heard it in Suncorp's latest financial results, now we’re hearing it in IAG's; more insurance premium increases are on their way.

IAG, in its results for the year to June 30, has reiterated those in high risk industries and regions, such as Wellington, are first in line for hikes.

The insurer's chief risk officer, Karl Armstrong, hinted at this in December, when he told interest.co.nz the rest of the country would soon stop subsidising Wellingtonians' insurance premiums.

Looking at IAG's New Zealand divisional results, three quarters of the 5.5% gross written premium (GWP) growth (in NZ dollar terms) that its consumer division experienced in the last year, came from rate rather than volume growth.

The Australian insurer trades under the State, NZI, AMI and Lumley Insurance brands. It also underwrites insurance for ASB, BNZ, Westpac and The Co-operative Bank.

As for IAG’s business division, which represents 42% of its NZ GWP, this experienced GWP growth of 2% (in NZ dollar terms).

IAG says that while market conditions “remain competitive”, it was able to up its business customers’ premiums in FY17.

“Improved conditions were particularly evident in the regions impacted by the Kaikoura earthquake in November 2016, where strong underwriting and pricing disciplines have been maintained,” it says.

“Post-Kaikoura, the market has seen a reduction, and in some cases withdrawal, of capacity by a number of competitors. This has resulted in a significant increase in rates and high retention levels in the affected regions.”

While the claims cost growth was largely due to the Kaikoura quake, IAG says its home, contents, private motor and commercial motor claims cost was also higher than expected in FY17.

This was due to the tourist/migration boom putting more cars on the road, higher car repair costs caused by cars being more high-tech and the supply of car repairers not keeping up with demand, more meth-related property damage, and wetter weather conditions.

In response to these trends, IAG says it will keep targeting premium increases, hiking excesses, changing its internal claims processes and making better use of its approved repairer network.

IAG also acknowledges the policy changes it has made around meth contamination of homes. These include fixed payout limits and minimum excess requirements.

Coming back to the Kaikoura quake, this had a net cost after reinsurance of A$120m.

As at June 30, IAG had paid more than NZ$70 million to settle 37% of quake claims by number. It had settled more than half of its commercial claims from the event.

Overall, IAG’s NZ division produced an insurance profit of A$125m in FY17, an 8% drop from the previous year.

It’s worth noting IAG’s divisional results will look different to the results of IAG New Zealand Ltd, which are reported to the New Zealand Companies Office.

Looking ahead, IAG says: “GWP growth in FY18 is expected to improve on FY17, from a combination of both volume and rate growth across personal and commercial lines.

“Ongoing assessment of rates, particularly those for high risk regions such as Wellington and high industries, remains a priority.”

I guess The Sage of Omaha wants the return on his investment sooner than later as well.

They've been warning about this for a while, and the potential loss of cover with another large disaster. What do they provide hedging or insurance?

Isn' t the reason for insurance, rather than self insuring, is to spread the cost over all the country? Isn't that why the government setup a state insurance company and EQC. Sounds like targeted rates with councils.

If insurance company X doesn't differentially charge based on risk, the low risk customers will choose cheaper policies from their competitors. Company X will be left with a disproportionate number of high risk customers, and find itself unable to pay claims in a major event.

Two examples from my own life. I moved from Central Auckland to the South Island many years ago, and my annual car insurance premium dropped over $200 due to my new lower risk neighbourhood. I've chosen to live in a locality at low risk of natural disaster (deliberate choice after the Christchurch earthquake) and my current house insurance premium reflects that. I have no desire to subsidise insurance for those who have chosen to rebuild on TC3 land in Christchurch, or those who choose to live in the riskier parts of Wellington. If someone wants to buy an apartment on reclaimed land in downtown Wellington they can pay the insurance bill for that risk.

What if, just suppose, a diifferent government is not anywhere near as Corporate friendly as the current lot, and decides to take a hard look, Royal Commission as promised, at the entire handling by EQC & the Insurers of the Canterbury EQ claims. Sure there have been landslips, and floods and high winds elsewhere, nothing out of the average though given time, but that EQ scene in that region is the big call justifying premiums upping over the entire country. Apart from Tower, a basket case anyway from the look of it before the EQ's, the Insurers have gone back to doing quite nicely it would seem.