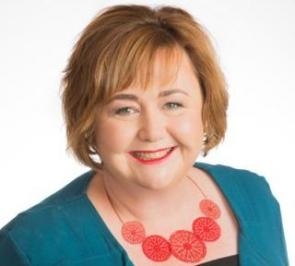 General insurers support the Government’s decision to set up a tribunal to help resolve outstanding 2010/11 Canterbury Earthquake claims - in principle.

The Government has announced it will launch a tribunal to “resolve unsettled residential insurance disputes” that claimants have with their private insurers or the Earthquake Commission (EQC).

The Minister for Courts, Andrew Little, says the tribunal will “provide an active, individually case-managed resolution process for claimants and their insurers, as well as mediation services”.

As for private insurers, claims related to 2,316 properties (8%) were unsettled as at the end of March.

“As long as the tribunals allow for the rules of natural justice, the ability to provide evidence and for significant points of law to be subject to appeal, then this could contribute to the resolution of issues.”

“The Tribunal will help people look to the future with confidence and hope, instead of being trapped in limbo with their lives on hold because of a claim that keeps dragging on,” the Minister Responsible for EQC Megan Woods says.

“[As announced in February] we are also funding a public inquiry into the performance of EQC during these earthquakes.

“This independent inquiry will have the power to compel evidence, hold public hearings and ensure all the information we need is put on the table.

“The inquiry will usefully inform legislative changes to the Earthquake Commission Act 1993 and to EQC, and a planned review of insurance contract law.

“The final terms of reference and membership of the inquiry will be announced shortly.”

Any introduction that might assist and accelerate resolution of a multitude of outstanding claims is of course welcome. Especially and significantly for homeowners and their families that have been stranded in no mans land for far far too long. The new government and minister is to be applauded accordingly. The membership and powers of the tribunal though will be critical with regard to its effectiveness. This will mean that discovery of all reports and records, from each side of the claim, will be vital. It will also be requisite that any evidence uncovered such as malfeasance, fraud or outright wrongdoing, is then made available to the enquiry into EQC that is to be separately undertaken.