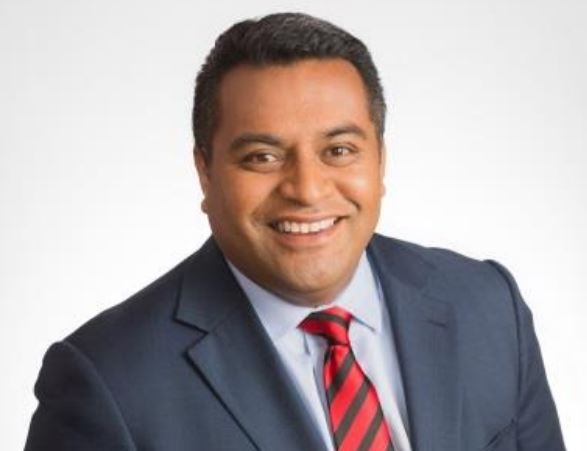 New Zealand may not be following Australia by having a financial services royal commission, but the government is moving quickly to address the root cause behind many of the problems consumers have with their insurers.

Commerce and Consumer Affairs Minister Kris Faafoi has today released an issues papers on a review the government is undertaking of New Zealand’s insurance contracts law, which spans six different Acts - some more than 100 years old.

The review seeks to plug the regulatory gap that currently sees insurers’ conduct unregulated, and too much onus put on consumers to identify and disclose material information about themselves when they take out a policy.

While the International Monetary Fund has warned of the regulatory void, Faafoi says, “Experiences following the Christchurch earthquakes - and more recently issues highlighted by the Royal Commission over in Australia - have also highlighted the need to look at whether greater regulation of insurer conduct is required.”

It is worth noting that further to the horror stories that have emerged in Australia, the Financial Markets Authority (FMA) on May 16 met with life and health insurers to ask them to prove the same problems aren’t present in New Zealand. While the FMA and Reserve Bank had a similar meeting with banks, they haven’t contacted general insurers.

On disclosure, Faafoi recognises, “I have heard, for example, that consumers are sometimes not covered for losses or unable to claim for important needs like health treatment because they innocently did not disclose seemingly unrelated matters to the insurer.

“This is really tough for people who genuinely believe they have met their requirements and are later unable to rely on benefits of insurance."

The case in this Fair Go story illustrates Faafoi's point.

“So onerous disclosure requirements are one of the issues we need to consider and, I hope, an issue that will be addressed in feedback from submitters,” Faafoi says.

He has made a notable effort to include consumers in the legislative review, which he announced his commitment to undertaking during an interview with interest.co.nz in November, and released terms of reference on in March.

In addition to releasing a 46-page issues paper on the review, the Ministry of Business Innovation and Employment (MBIE) has released a three-page document asking consumers plain English questions about their understandings of their duty of disclosure, how their claims have been handled, the sales tactics they have witnessed and the reasons they’ve had claims declined.

MBIE, in the issues paper, says submissions will inform the government’s understanding of the various issues.

“This document therefore deliberately does not propose any solutions or legislative changes. Policy options to address any issues will be the subject of a second consultation document which we plan to release toward the end of 2018.”

The public have until July 13 to make submissions on the paper.

Cannot quite recall but believe the last government was less than lukewarm on such an iniative? Perhaps this is then an indication that we now have a government that is a whole lot more concerned about fairness and equality for the people of New Zealand. Putting this together with the other probe into the conduct of EQC etc, there is at long last some prospect of a level playing field.

The former Commerce and Consumer Affairs Minister Jacqui Dean in May 2017 told me she planned to begin an insurance contracts law review in 2018 - if National was re-elected. However in the nine years it was in government, National didn't pick up the work the former Labour-led government started on insurance contracts reform in 2006/7. I wrote about this here.

Ahh, right with you now. Thanks Jenée.

I agree this government is making the effort, proof will be in the detail when changes are made. I think the minister should include all insurance in the review including general insurance. Anecdotal evidence shows insurance companies decline a very large % of claims for car/home/contents insurance too. The rot goes beyond health and life insurance. Additionally there is evidence that certain EDR's provide decisions in favor of insurance companies most of the time, there is no independence as they get paid by the same company. All in all the consumer in NZ is buggered, needs to stop.

With reference to the Fair Go piece, Income Protection insurance products are Advised Products and usually only sold through a Broker who acts as an intermediary. I'm pretty sure they are required to make sure the person taking out the insurance understands their duty of disclosure in an aim to prevent this kind of thing. Where was that guy's Broker in all this?

Neither Labour nor National have made any serious attempt to rein in the insurance industry. It's very simple,if you reward salespeople by commission,then they will overwhelmingly 'advise' clients in a way that maximises their income. if the clients' best interests happen to coincide with that 'advice' that's fine,but if they don't,too bad for the client.
Churning is rife and is almost always bad for the client. No product should be sold without a full written report setting out why it represents best advice,with all costs clearly shown. The regulatory authority should be able to inspect a random number of files at any time,with significant penalties for both the individual salesperson and the company,where the conduct has not met the appropriate standard.

We have no way of knowing if the broker in this case acted appropriately and/or if the consumer deliberately withheld health information that meant he was actually uninsurable.
The sad truth is that most insurance recommendations and reports are not read by clients but beside that...
The regulatory authority is indeed able to inspect a random number of files at any time and in fact did so recently.
They found 2 advisors out of 3,700 that required written censure. Quite outstanding really, probably much better than most professions including the law profession,

Obviously there is not much of a problem between insurer and insured until there is a claim. That is an over simplification but it must mean that one party, and one would think this would be just about always be the insured, does not fully understand the policy. That became abundantly clear in the Canterbury EQ sequences where undamaged houses in the red zones, were not claimable against the insurance policy.Cannot think of anyone at all who saw that coming and I bet no policy holder was ever warned about it. A vast destructive event is always going to reveal the unexpected. But people’s homes, well being and livelihoods are big ticket items in any good democracy. There just has to be a huge improvement in the relationship between the insurer and insured and this must involve developing stricter and more definitive criteria, and a far more efficient and effective authority to enforce it. If only as a point of interest, over seven years on, has any measure been taken to address the above red zone anomaly? Could these unfortunate circumstances therefore recur anytime anywhere in NZ?

Fair Go and The Minister should know better - chasing headlines.

Interested in your comment Kevin. I wouldn't call the release of an insurance law review issues  paper a headline grabber. In fact you could say it's the complete opposite, which is possibly the reason a revamp of the law had been put on the back burner for so many years.

Fair call. Just sticking up for the insurance companies process of prudent underwriting. Easy to slam the insurers when they decline a claim but we often don't hear about all the claims they do pay. Agreed insurance laws need a re-vamp - not easy to solve the non-disclosure issue.

Totally - the thousands of claims that get settled without any qualms go un-reported in the media, while the bad stuff gets all the attention. Must be frustrating for all the honest, hard-working people in the industry.

I believe a way to overcome some misperceptions would be for insurers to release more of their claims data, so that consumers could see Insurer X declined X% of their claims for X type of product, while Insurer Y's decline rate was ... Insurers would have to agree to do these calculations in a uniform way so that figures could be fairly compared. This would instil confidence in consumers and keep insurers accountable.

Yes that's a good idea - and a cross analysis on the type of insurance (fire & general, life, health) and where the insurance was purchased would be interesting too - adviser, bank, online, direct...the insurance ombudsman can likely tell us where most complaints come from. Christchurch aftermath keeping them busy.

If you are going to compare the claims received vs claims declined data in isolation this can be dangerous. You need to understand the reason(s) for the claim being declined in order to put the raw numbers into context.

With respect to some of the commentators I think this issue with those commentators may be getting looked at the wrong way. Everything is possible if the money i.e. premium
is right. What we really have is a possible technical price for something that is way above the current average for those types of policies. Then if the potential insured can prove absolutely that they have no prior risk factors they get a discount. If in fact they have told fibs to get that 'discount' none of us would be concerned if their claim was declined. And when looking at this and the Aussie and other legislation what in fact is an "innocent" non-disclosure. Can it be precisely defined. I suggest not. Perhaps that is why a non-disclosure is a non-disclosure, as opposed to say an innocent misdescription..