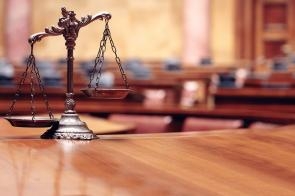 The Minister of Commerce and Consumer Affairs is committing to reviewing legislation that has for decades been criticised for putting consumers on the back foot when dealing with insurers.

Jacqui Dean has told interest.co.nz she’d like to “commence work on a significant package of insurance contract law reform in 2018”.

This is expected to include a review of the Insurance Law Reform Act, which essentially enables an insurer to decline a claim if the claimant innocently or mistakenly doesn’t disclose information about themselves that the insurer deems material.

In other words, an insurer can decline a claim related to someone having a heart attack, if it finds out that on taking out the insurance policy, the claimant failed to mention the fact they had in the past taken ongoing medication for a back injury that had since healed.

The newly-appointed Minister is “scoping what work may be required to insurance contracts law”, despite the National-led Government not doing anything in this area since the Labour-led Government released a Cabinet Paper in 2007 calling for an Insurance Contracts Bill to be drafted to bring together a handful of archaic insurance laws.

The paper noted: “The key areas requiring reform (as raised by industry, professional bodies, the judiciary, the Law Commission [in 1998] and Government) relate to the policyholder’s duty of disclosure and the insurer’s remedies for mis-statement and non-disclosure…

Dean acknowledges: “Our current disclosure obligations have resulted in a considerable number of disputes between insurers and consumers.”

Yet she says: "The advent of the global financial crisis meant that the Insurance Contracts Bill was not progressed as resources were shifted to focus on the overhaul of financial markets regulation that resulted in the passage of the Financial Markets Conduct Act and related legislation…

“Australia and the United Kingdom have clarified the information that consumers are obliged to disclose in their insurance contracts law, and I expect we’ll take a good look at the options in this area as part of my insurance law reform programme in 2018.”

This of course assumes the National Party remains in government after the September 23 election.

Dean aims to pass an Insurance Contracts Bill, which “consolidates and modernises New Zealand’s insurance contract law”, during the next parliamentary term.

The Insurance and Financial Services Ombudsman (IFSO), Karen Stevens, welcomes Dean’s move, having spent years calling for a law change to oblige insurers to ask, rather than consumers tell.

She would like to see legislation that's closer aligned with that of Australia and the UK introduced, to better protect consumers who unintentionally leave out information.

Around 10% of complaints brought before the IFSO scheme relate to non-disclosure.

Insurance lawyer Andrew Hooker, in a column he wrote for interest.co.nz in February, goes further in highlighting the power imbalance the current law enables.

He points out that while an innocent consumer could lose huge sums of money by having their entire claim declined and policy cancelled due to non-disclosure, a High Court judge only fined Tower $5000 for breaching its duty of good faith by withholding an expert report from a customer affected by the Canterbury earthquakes.

“Why is it that the duty of good faith, which clearly applies to both insurers and their customers, has such a draconian outcome for the insured and such a slap on the wrist with a wet bus ticket for the insurer?” he questions.

He explains how a UK Supreme Court judge recently departed from the historical position that any false statement whatsoever would invalidate the entire claim, saying: “If the New Zealand courts are not minded to follow the recent UK Supreme Court judgment, then there needs to be serious consequences for breaches by insurance companies.”

Stevens concludes: “There has to be a desire to change.”

Up until now, this impetus hasn’t been there. The Commerce and Consumer Affairs portfolio has been tossed between MPs; few of whom have been in Cabinet (including Dean and her predecessor Paul Goldsmith).

Yet Dean assures: “I have a busy legislative programme spanning competition and consumer law, intellectual property law, financial markets regulation and corporate law. Insurance contract law reform will be a key area to advance as my current legislative priorities are completed.”

While there are voices calling for reform, when this process starts for real, watch the Insurance companies and their lobbyists come out of the woodwork to protect their vested interests. their rampant greed has crippled many in this country and needs to be stopped.

Stevens concludes : "There has to be desire to change." Believe that there is an abundance of desire from all the policyholders throughout NZ & a paucity of the same from the Insurers. From past utterances from the loquacious Chairman of the Insurance Council it would seem that the Insurers are quite willing to support & participate in any of the numbers of reviews that have been mooted provided, it would appear, that they can set the agenda and control the outcome. And that is how it will stay for as long as we have a government that considers that it is running Corporate NZ, and the needs and earnings of big corporates in general are vastly more important than those of the citizens, captive tax payers more accurately, that elected them and who, as far as they are concerned can go whistle, as evidenced by at their shameful attitude towards and treatment of, the EQ claimants.

Thank you for pointing this out. You are right - the hypothetical tonsils example I used would most likely not meet the test of materiality.

An insurance lawyer pointed this out to me this afternoon, and after seeking a second opinion from another legal expert, I have corrected the story.

Both of my contacts have assured me the new example accurately illustrates the point I am trying to make. I am sorry to lead any readers astray!

Interesting change. As a joe average on insurance I see no material difference between the two examples, obviously the professionals disagree, and therefore I'd consider you you have illustrated the point most concisely.

While your chosen example was not technically correct you still effectively demonstrated how the policy avoidance process operates.

Andrew Hooker insists an 'innocent' consumer could lose their entire policy cover through non disclosure. This is nonsense. If the proposer had, say, a material criminal conviction and did not disclose this, they are not 'innocent'. If the insurer attempted to avoid the policy from inception and on investigation it transpired the proposer was indeed 'innocent' and the non disclosure not material, the policy would be valid.

I agree with Susan Taylor that the disclosure and avoidance regime is in need of review. While the IFSO receives complaints on just a very small percentage of all claims and only 10% of these are for 'non disclosure' issues, the process is still weighted in favour of insurers and open to exploitation by them. It would be interesting to see some IFSO data on variances between individual insurers.

But there will be consequences as insurers put more resource into the proposal process. Questionnaires will become more detailed and specific, reducing the ambiguity that can sometimes work in a proposers favour. Call centre interactions will take longer. Investigations of answers indicating higher risk factors will be more thorough and time consuming. Insurers will err on the side of caution and where doubt exists, they will more often decline to provide cover. No insurance and you won't get a mortgage.

We also don't know how many of the IFSO complaints are intentional non disclosures vs memory losses. My experience in dealing with insurers over claims is that non disclosure which is credibly explained by simply failing to recall details, can receive a reasonable response. I am anticipating that under a tightened declaration regime, this latitude will disappear.

Yes, so, ACC. Avoidance on non-disclosure. Or using a rubber stamp out-clause of 'pre-existing condition' You only have to trawl through the comments on the recent stuff article to see how badly weighted this insurance scheme is in terms of a power imbalance. Regardless of the intentions behind setting this scheme up decades ago, it feels to have morphed into something completely different now. And my biggest issue is that ACC is unavoidable. Its not like you can decide to take your business elsewhere if you have unsatisfactory dealings with them like you might with other lines of insurance.

ACC is not like conventional insurance which is underwritten with a proposal and acceptance etc. So non disclosure of material underwriting facts does not usually apply to ACC cover. The various mentions of ACC in this 'avoidance' discussion are about whether a claim is covered under the wording of the ACC Act - which is a different issue to the topic under discussion in this thread.

To clarify; 'avoidance' in the insurance context is not 'avoiding' payment of a claim. The word describes the action of declaring a policy void from inception.