Nouriel Roubini lists the policy, geopolitical, and systemic risks that investors will need to consider this year

Investing / opinion
Nouriel Roubini lists the policy, geopolitical, and systemic risks that investors will need to consider this year 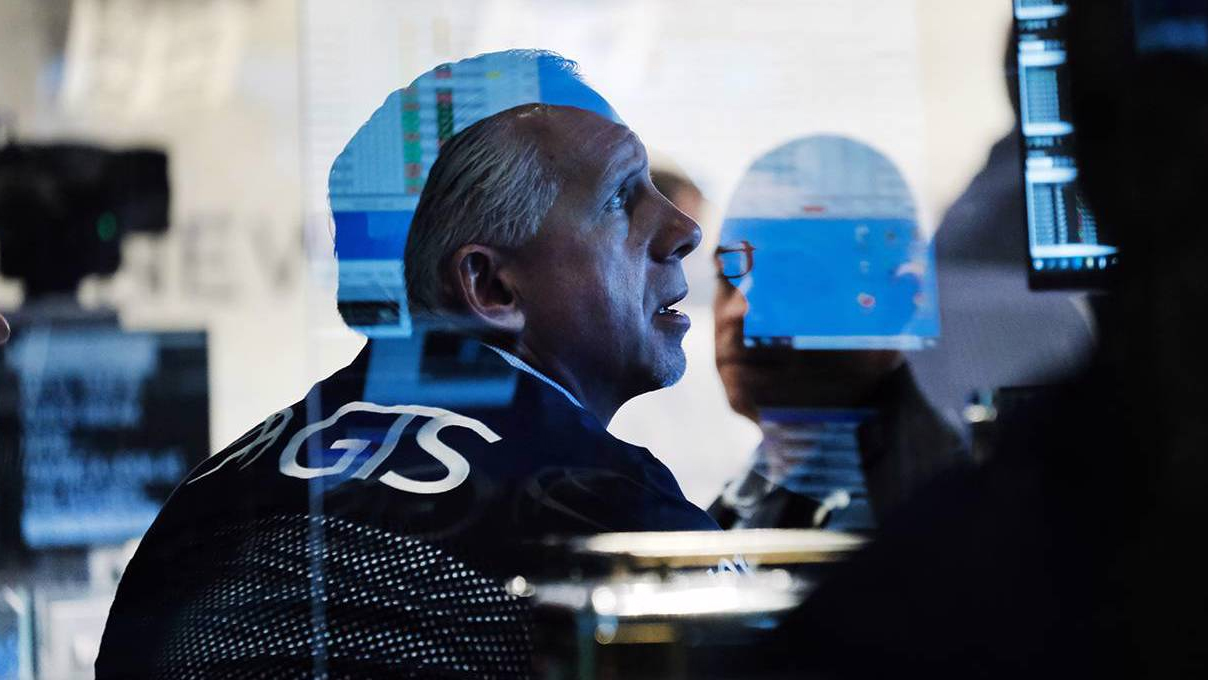 Despite dips and disruptions from new variants of COVID-19, 2021 turned out to be a relatively positive year for economies and markets in most parts of the world. Growth rose above its potential after the severe recession of 2020, and financial markets recovered robustly. This was especially the case in the United States, where stock markets reached new highs, owing partly to the US Federal Reserve’s ultra-loose monetary policy (though central banks in other advanced economies pursued radically accommodative policies of their own).

But 2022 may be more difficult. The pandemic is not over. Omicron may not be as virulent as previous variants – particularly in highly vaccinated advanced economies – but it is much more contagious, which means that hospitalisations and deaths will remain high. The resulting uncertainty and risk aversion will suppress demand and exacerbate supply-chain bottlenecks.

Together with excess savings, pent-up demand, and loose monetary and fiscal policies, those bottlenecks fueled inflation in 2021. Many of the central bankers who insisted that the inflationary surge was transitory have now conceded that it will persist. With varying degrees of urgency, they are planning to phase out unconventional monetary policies such as quantitative easing, so that they can start to normalise interest rates.

Central banks’ resolve will be tested if policy-rate hikes lead to shocks in the bond, credit, and stock markets. With such a massive build-up of private and public debt, markets may not be able to digest higher borrowing costs. If there is a tantrum, central banks would find themselves in a debt trap and probably would reverse course. That would make an upward shift in inflation expectations likely, with inflation becoming endemic.

The next year also brings mounting geopolitical and systemic risks. On the geopolitical front, there are three major threats to watch.

First, Russia is preparing to invade Ukraine, and it remains to be seen whether negotiations on a new regional security regime can prevent escalation of the threat. Although US President Joe Biden has promised more military aid for Ukraine and threatened harsher sanctions against Russia, he also has made clear that the US will not intervene directly to defend Ukraine against an attack. But the Russian economy has become more resilient to sanctions than it was in the past, so such threats may not dissuade Russian President Vladimir Putin. After all, some Western sanctions – such as a move to block the Nord Stream 2 gas pipeline – could even exacerbate Europe’s own energy shortages.

Second, the Sino-American cold war is getting colder. China increasing its military pressure on Taiwan and in the South China Sea (where many territorial disputes are brewing), and the broader decoupling between the Chinese and US economies, is accelerating. This development will have stagflationary consequences over time.

Third, Iran is now a threshold nuclear state. It has been rapidly enriching uranium to near-weapons grade, and the negotiations over a new or refurbished nuclear agreement have gone nowhere. As a result, Israel is openly considering strikes against Iranian nuclear facilities. Were that to happen, the stagflationary consequences would likely be worse than the oil-related geopolitical shocks of 1973 and 1979.

The new year also brings several systemic concerns. In 2021, heatwaves, fires, droughts, hurricanes, floods, typhoons, and other disasters laid bare the real-world implications of climate change. The COP26 climate summit in Glasgow offered mostly cheap talk, leaving the world on track to suffer a devastating 3° Celsius of warming this century. Droughts are already driving a dangerous spike in food prices, and the effects of climate change will continue to worsen.

Making matters worse, the aggressive push to decarbonise the economy is leading to underinvestment in fossil-fuel capacity before there is a sufficient supply of renewable energy. This dynamic will generate much higher energy prices over time. Moreover, climate refugee flows toward the US, Europe, and other advanced economies will surge just as those countries are shutting their borders.

Against this background, political dysfunction is increasing in both advanced economies and emerging markets. The US midterm elections may offer a preview of the full-blown constitutional crisis – if not outright political violence – that could follow the presidential vote in 2024. The US is experiencing near-unprecedented levels of partisan polarisation, gridlock, and radicalisation, all of which poses a serious systemic risk.

Populist parties (of both the far right and the far left) are growing stronger around the world, even in regions like Latin America, where populism has a disastrous history. Peru and Chile both elected radical leftist leaders in 2021, Brazil and Colombia may follow suit in 2022, and Argentina and Venezuela will remain on a path to financial ruin. Interest-rate normalisation by the Fed and other major central banks could cause financial shocks in these and other fragile emerging markets such as Turkey and Lebanon, not to mention the many developing countries with debt ratios that are already unsustainable.

Growth rose above its potential after the severe recession of 2020

The economy's strength is overrated full stop. When you start using metrics like the housing and stock market which are things that can potentially crash overnight, there is nothing "Strong" about that. There are so many potential problems on the horizon that cannot be stopped or controlled, its not looking that great. 2022 will just stumble along, the SHTF in 2023.

How often have we heard exactly that since the GFC, it must be every year. Yet here we are with very low unemployment rates, and also on almost every other measure things are doing pretty good (except maybe inequality). Apparently you can’t kick the can forever, yet it seems to have worked fine for 14 years now.

We have had plenty of ammo to play with in a monetary and fiscal sense since the GFC. That ammo is now dwindling.

A fine summary of a period of extreme risk.

A mate told me yesterday my views are extreme, and that life usually turns out around the middle.  But he has only known me for 10 years.  I wasn't always like this.

Step right up for a big serving of debt not supported and any way by income. But you cant because Govt regulation is forcing banks to put a stop to that. May just be the best thing the Ardern Govt has done.

If the US and/or China has a debt meltdown, Aussie and NZ will be towed into it as well.

"Making matters worse, the aggressive push to decarbonise the economy is leading to underinvestment in fossil-fuel capacity before there is a sufficient supply of renewable energy."

This is an uncomfortable truth that too many politicians don't want to face, particularly those to the Left. There simply can't be a Green economy without using fossil fuels to get there. How else will the metals and minerals essential to decarbonisation be mined? How will all the EVs be produced? How will the wind and solar farms be built?

We do have climate change. But most of it is not man made - as evidenced by climate change on other planets. But we should look after the planet. And we do need to prepare for the changes already evidenced by the forthcoming magnetic reversal.

Why are we still importing coal when it more efficient to mine it here?

Why are we not producing more power stations for the EV requirements? And we've already closed our refining.

The other factors Nouriel mentions are very valid - and scary - esp Iran. No mention of the possible crypto collapse - where will that money go? Metals?

Where will it go - into thin air I guess. When loads of people have put loads of money into nothing then I guess that is what happens.

You do not accept what climate scientists are saying that it is our actions that are causing the current climate change?

"hospitalisations and deaths will remain high"

Not high enough and the above statement needlessly perpetuates fear. The World population is approaching 8 billion and will surpass it by November THIS year.

How long do you think it would take, at the current birth rate for the world to replace all of those who died from Covid19 over two years. You might be surprised... just two weeks of new borns. Govts have been scaring us with "covid death" statistics but it is hardly killing us all off is it.  These are weird and morbid statistics I realise, however the world population is exploding

It is beneficial to the economy to keep the elderly alive and just well enough to need care for as long as possible.

So we are all slaves to the retirement industry now.. shelling 50 billion to keep them afloat and benefitting some shareholders, of which I was one buying in the slump. Taxpayers are taxed for the debt repayments plus interest (or do you think the debt will be priced at zero percent forever)

Always such an upbeat guy. He was right once about 14 years ago I guess.

Every year he provides doom without fail.

I am a certified DGM but my doomy outlook is nothing on this guy.

Omicron will be the end of the pandemic.

Inflation is just getting started. Central banks have lost all credibility.

Yet more reckons by an armchair epidemiologist.

If the TAB was taking bets, I'd be putting money on Brock Landers rather than Baker, Wiles and co right now.

BL may have finally got it right. Catch Omicron, get over it and move on. No need for the vax or boosters, you have caught it, recovered and have a level of natural immunity and this is what need to be set by the government. Dump the masks, the passports the works.

On word,  you are not the world. cant do jack shit on your own.

The large corporations have thrived and gobbled up market share during the COVID era while small businesses have died or declined.

So the global corporations and governments control the media narrative and expand their control over populations.
But statistically the ‘economy’ looks to be doing well regardless of the reduction of freely operating businesses.

The GFC caused just a minor hiccup to globalization. It has marched on since.

He is lost in the US warmonging bulls**t.  Ukraine, Iran and China.  Two out of three of those places are obscure, which the US should simply ignore.  Can't see Putin is going to invade Ukraine, but if that happened no need for it to become important.  No business of the US.

Iran.  So the US got rudely kicked out of it 40 years ago.  They have to get over that.  Instead they have persecuted the place, no wonder Iran seeks nuclear.

Well Dr Doom should know. He called the GFC before everyone else, as early as 2006. Everyone pooh pooh'd him.

And look what happened.

Apart from his western bias, he's on the money I recks.

Doesn't seem much different than the recent couple of decades. Except for the Virus.
She will be alright, mate.