One investor's saint is another's devil so how do you choose a good fund in KiwiSaver? Marrying portfolios with personal value.

KiwiSaver
One investor's saint is another's devil so how do you choose a good fund in KiwiSaver? Marrying portfolios with personal value. 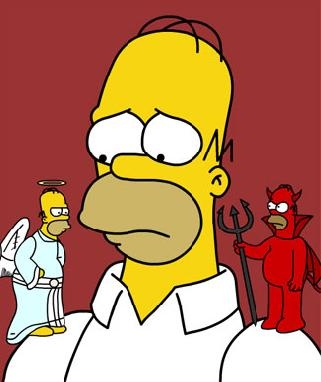 As moral man is confronted with complex, contradictory choices in daily life, the socially responsible investor (SRI) is equally challenged to make ethical the messy business of making money.

Writer Nick Hornby in 'How to be Good' hits upon the dilemma elucidating a morally-induced existential crisis.

In the same way that a lapse in judgment or a moment of naughtiness can negate the balance of niceness, a baddie in a portfolio of certified SRI saints can spoil the lot.

For that reason, SuperLife established an ethics committee to give members an outlet for providing feedback and input.

So how do you sort the genuine greens from the greenwashed given the cross pollination of corporate ownership, executives playing musical chairs and funds farmed out to the other side of the world?

Despite a massive uptake among institutional and individual investors (SRI funds under management worldwide are estimated by the United Nations at US$22 trillion), there is no universal standard of what is 'sustainable', 'socially responsible' or ESG (environmental, social and corporate governance).

Duncan Paterson, president of the Responsible Investment Association Australasia (RIAA) (one of eight organisations worldwide that specialises in this area) said the subjective nature of what is good, bad and ugly in the investment space is a conundrum that has vexed the industry.

Paterson uses the debate in Australia over climate change and carbon tax as a case in point.

"It's the single most obvious and unifying issue of our generation and the environmental issue of climate change can’t get consensus, either in the public or the political level."

A universal standard of what constituted socially responsible companies and stocks was no less divisive.

"I think the assumption that there will be some accepted standard of what is a high ethical standard is not what will be borne out over time. I've been doing this for a very long time and view-points can be 180 degrees apart.''

In its most basic form, ethical investment excludes from a portfolio of investments those businesses and companies considered to have high social costs: alcohol, tobacco, gambling, armaments, animal testing, nuclear processing, and environmentally despoiling energy industries or companies.

Additionally, companies are sometimes 'positively' or 'negatively screened' on the basis of corporate governance, community participation and labour practices. The 'granularity' of the negative screening approach is considered to be coarser, whereas the positive screening is deemed more refined by virtue of a cherry picking approach.

RIAA, which offers education and certification for fund managers specialising in this area, requires its fund management graduates to post on its website full portfolio listings. (To see if your fund manager is certified search their database here.)

Whilst acknowledging the wide spectrum of views, RIAA identifies three shades of ethical investors, reflecting a level of commitment to all aspects of responsible investment and not just environmental concerns.

Light green investors are aware of the different types of environmental, social and corporate governance (ESG) issues and are satisfied if they can support, avoid or apply risk analysis to some of these issues via their investments. These types of investors consider some involvement in responsible investing better than none.

They may wish to “test the water” by investing just a small proportion of their investments in a few light to medium green funds until they feel more comfortable with the process.

Olive green investors display a reasonably firm stance towards different ESG issues and are prepared to invest a reasonable part of their portfolio according to these issues.

These types of investors will want financial advisers to:

Dark green investors are committed to responsible investing and want as much as possible of their portfolio invested according to their personal values. These types of investors are usually unwilling to consider an investment which doesn’t complement their ESG concerns.

Socially responsible KiwiSavers looking for guidance may have to work for it.

As SRI-branded KiwiSaver funds on the market are not green-stamped, investors need to drill down.

A brief explanation of principles and investment strategy can be found in the investment statements (scroll down to see an outline of KiwiSavers funds marketing as SRI) but core holdings and allocations are not readily apparently. With the exception of  Fidelity Life, the descriptions of the funds' ESG guidelines are less than detailed.

Persistence and patience is advisable.

For example, asked to explain what companies ASB's FirstChoice Global Sustainability Fund invested in, a phone operator told interest.co.nz it was impossible to say. See Interest.co.nz's profile of the fund.

The reason cited, was that the companies that the fund invested in were changing so frequently it would be meaningless, as well as commercial sensitive, to release the information. In a subsequent email, ASB offered some links to filings from underlying U.S. fund managers Generation Investment (led by failed U.S. President and climate change champion Al Gore and former Goldman Sach's executive David Blood) to the U.S. Securities  Exchange Commission.

Paterson opined that the fund was 'no worse than a lot of other funds which marketed themselves as socially responsible' even if the companies it invested in could be challenged as 'sustainable.'

He said while there was a valid argument against fund managers disclosing full holdings because of the threat of being shadowed or having ideas stolen, it was no excuse for not disclosing older data.

In the case of those fund managers registered and certified with RIAA, there was compulsion for regular disclosures on holdings, even if stale.

RIAA marketing manager Sarah Clawson said investors could be forgiven for being sceptical about whether a financial services firm for the rich qualified met the criteria of a sustainable company. But in her eyes Northern Trust (lauded as an award winning socially responsible company) could be justified as ethical on the grounds that high net-worth individuals made up a growing porportion of the SRI contingent.

The volume of high net worth indivuals choosing SRI-oriented funds has grown by 25% in recent years.

It could therefore be argued that less well-heeled investors in KiwiSaver are contributing to a greater social good, even if in a peripheral sense.

However controversial, the holdings in themselves were less important than the transparency around them, argued Paterson.

"The consensus the industry has reached is that as long as you are transparent around the holdings, by and large people will know what they like and what they don't like.''

The underlying message for investors concerned about where their money is going and how it is made to grow?

It boils down to one question that needs to be asked of a fund manager, said Paterson.

"What's in the portfolio?"

Paterson dismissed the suggestion that most investors didn't care to know where their money was going but rather did not know they could ask.

"Education is one of the key elements of this whole debate,'' he said.

"Empowering investors to realise that when they make an investment decision, they are making the same sort of consumption choices they're making  when the buy a bottle of shampoo. Obviously it has slightly broader implications but they (investors) have just as many rights and just as much shopping power as any other type of consumer.''

But with such a wide spectrum of views and opinions about what is and is not ethical, can socially responsible investment choices make a difference. And is there any evidence they have?

Paterson believes there's a positive footprint, even if it's hard to measure.

"It's a challenge for the industry over the next decade. Hopefully we'll be able to look back in 10 years time and say, 'Well we have made a difference.''

"I believe in shining a light in dark places and I think that's what responsible investing is doing.''

Great article.   One thing it exposes is the silly (but understandable) postion of a fund manager that declares  "we only invest in socially responsible companies!" and then when asked who they invest in will say - "we're not telling you ! ".

Thank BC. Maybe if investors were issued a magnifying glass with every prospectus and annual report, there would be greater transparency. The information is out there, you just have to ask. Ideally just once.