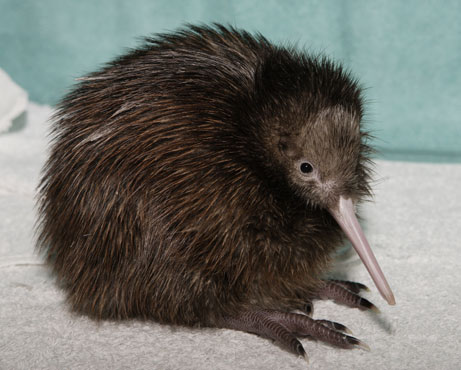 That's how the national savings scheme has been described by law firm Chapman Tripp taking into account the latest Government changes announced in Budget 2011.

While the full force of the changes won't take effect until 2013, when compulsory employer and employee contributions are raised to 3%, the early impacts will tick into place July 1 when Member Tax Credits are, halving the Government's maximum annual contribution from NZ$1,043 to NZ$521. That's followed by proposed changes on April 1, 2012 when employees will begin to see employer contributions taxed.

The positive spin is that NZ$1,000 in "free money" (the kick-start) and NZ$521 is better than nothing and therefore on the whole still a good thing.

If the honeymoon is over, Kiwis aren't betraying their affections for the nascent savings scheme.

The latest statistics from Inland Revenue reaffirm KiwiSaver's popularity with New Zealanders signing up at an average monthly rate of 26,000.

If that trend continues, total membership is expected to hit 1.8 million by 2012.

While the statistics are portrayed in a happy light, there are some signals, even if weak, that KiwiSavers are getting restless.

According to Inland Revenue's statistics up to the end of May, a total of 248,241 KiwiSavers have either closed out their accounts or opted out of the scheme with another 61,332 on active holidays or having withdrawn their funds due to significant hardships.

That's one in eight (more than 13%) with another 3.5% who aren't contributing on a regular monthly basis, which is how the scheme was set up to operate to achieve optimal long-term growth for retirement.

What can be read of it?

Possibly, it is too soon to tell. What's missing from the statistics is a qualitative feeler, the whys and what for. That level of detail is held by the providers themselves who are none to anxious to give it up in order to protect their proprietary business interests.

With funds having snowballed in four short  years to more than NZ$8 billion, there is no doubt KiwiSaver has been a success -- well beyond National's expectations.

Treasury originally projected a membership roll of 680,000 --- two years from now in June 2014. Kiwis' unanticipated exuberance (and the Christchurch earthquake tipped to cost NZ$28 billion) goes a long way to explaining National's latest reforms on KiwiSaver. It was unsustainable. The global financial crisis makes it even more so, a point most critics of Budget 2011 KiwiSaver changes are willing to concede.

Chapman Tripp in its brief post-budget counsel, says as much.

"KiwiSaver, as modified, feels more intuitively sustainable, and from April 1, 2013, the changes made will leave employed KiwiSavers (at all income levels) only modestly worse off in terms of the overall employer and Government saving incentives,'' it states.  (For more details see "KiwiSavers Get Squeezed")

But can that be fairly said for KiwiSaver who are self-employed, who beyond the NZ$1,000 kick-start, will receive a basic NZ$10 a week top off from the Government?

Chapman Tripp KiwiSaver specialist Mike Woodbury concedes it is a "marginal" investment prospect for this group but stands by the argument that NZ$521 is still better than nothing.

If you factor in taxes, inflation, fees and unpredictable performance, it's conceivably a point that could be challenged.

While the proposition remains relatively more attractive for those who are employed, the sweeteners have also been watered down with the introduction next year of tax of employer's contributions. (See "KiwiSaver Tax by Stealth.")

Although KiwiSavers are regarded (by many providers) as a generally uninformed and apathetic bunch (on the basis that a good bulk of them remain in default funds -- that is to say that did not specify the type of fund they want to be in because they couldn't be bothered or don't know the difference) a not insignificant number are starting to ask questions.

That's reflected not only in the numbers who are opting out or taking holidays but in the type of questions that financial journalists and also financial advisers are beginning to field with account sizes growing in value. (See KiwiSaver questions generated from our readers).

Inland Revenue does not catalogue the numbers withdrawing by reason but broadly speaking there are four permissible scenarios that trigger it: "significant financial hardship" (which is subjectively determined by the trustee that oversees the provider); serious ill health, first-time home buying; and a permanent shift abroad.

In terms of opting out following automatic enrollment through an employer, it has to be done in the first eight (and after the first two weeks) or else you are locked in and restricted to a contribution holidays.

Employees choosing to "opt-in" to KiwiSaver through their employer are showing signs of abating.

Tower Investments, in its monthly analysis of KiwiSaver, notes that method of membership into KiwiSaver lifted less than 1% for the month of May.

CEO Sam Stubbs, in his commentary, suggests the tepid registration for the month of May was more an "expression of labour market indications,'' than anything else.

While he concedes that KiwiSaver may no longer be as sexy for investors as a result of Budget 2011 changes, Stubbs says it won't be known for several months whether New Zealanders are beginning to turn cold.

Stubbs said a better gauge for public concern over KiwiSaver was the number of people signing up to the scheme through providers and the numbers for last month were more or less unchanged from April.

Even with KiwiSaver incentives having been diluted, Stubbs regards it as an "efficient, low-cost, well-regulated retirement savings vehicle.''

Woodbury concurs arguing that relative to other managed funds, it remains, in earnest, "a carefully governed, closely supervised, cheap and cheerful investment incentive.''

But future changes, both parties agreed, could undermine that position, as well as investor confidence, particularly as the scheme has, in the four years since it was introduced, faced two rounds of significant restructuring. (See National's original pledge here).

Will there be more tinkering?

The Government won't rule it out.

While Woodbury believes the core "pruning'' is done he sees some unfinished post-election business on the horizon.

This includes the possibility of a one-off compulsory auto-enrollment exercise for KiwiSavers of a certain age (with a potential for early opt out) to conscript greater number of Kiwis as per the recommendation made by the Savings Working Group.

The Government signaled it as a distinct possibility in Budget 2001, indicating the matter would be discussed with employers post-budget "to look at how it might be done without unnecessary compliance and administrative costs.''

Treasury will undoubtedly be looking at the cost, to the Government, of paying out NZ$1,000 in kick-starts under this such a "one fell swoop" scenario with hundreds of thousands of prospective KiwiSavers looking to cash in on the juiciest of incentives. A drip-feed solution is most likely.

Compensation to stay out?

Another unfinished piece of business that could be revisited is the issue of total remuneration, where employers and employees through "good faith" wage bargaining could negotiate a salary and benefits package that compensated for a decision to stay out of KiwiSaver.

The  Savings Work Group, in its recommendation earlier this year to the Government, suggested the option be removed to fortify KiwiSaver as the country's preeminent national savings programme and to remove any doubt or confusion of employee contributions being on top of salary.

Yet with employees having (from April 1, 2012) to pay tax on employer contributions, it takes away a key incentive for employees to chose KiwiSaver in the first instance so doing away with this alternative may not longer had the intended effect.

Another possibility is a provision for early retirement and access to KiwiSaver funds under such a scenario.

Whether any of these find their way onto National's KiwiSaver operating table come November 27, (assuming the party remains in government) remains uncertain but those banking on an end to KiwiSaver tinkering may, for better or worse, be disappointed.

Potential investors have to ask themselves the question - would I invest if there were no sweetners?

The reason being is that of course those remaining sweetners will continue to be progressively withdrawn over the next 5 years as our government continues to retrench - and investors will then be stuck in a scheme that pretty much prohibits access till 65. I rather suspect most folk will have urgent call on their savings way before then.

Remove all tax on savings. Maybe create a high interest bearing government sponsored term deposit of something (one with the same conditions as regular bank TDs, but which cannot be looted by douchebag politicians in search of easy cash). Ditch the free money property rorts. Give people a reason to save. Then we wouldn't see a scam like Kiwisaver syphoning the tax dollars of ordinary workers into the pockets of the already obscenely wealthy no-tax-payers..

but what is  "savings"?  Also a deposit is a risk free rate of return which is then lent onto someone who is taking a risk to get a bigger return....so if you create a high bearing deposit who do they lend the money to?

Property rorts, too true, but chnage things too quick and our economy implodes.....you have to realise that so much has been put into property that a price collapse would send us into a depression and the job losses etc would be really bad.

Kiwisaver, yes National are screwing us over, but you can opt out....it is very short sighted IMHO....

Aren't people who saved already taxed on the income they earn which is then saved? So by taxxing their savings they are being taxed twice. People who spend their earnings pay GST so they are taxed twice but at least they end up with something tangible (whatever they bought) but the interest on savings is tiny and inflation wipes it out. Not to mention the chunk they are duble dip taxed.

So no wonder people still think it's better to buy houses than it is to save anything.