Super age policies: What the different political parties say about whether to raise the Super age, and if so, when

Investing
Super age policies: What the different political parties say about whether to raise the Super age, and if so, when 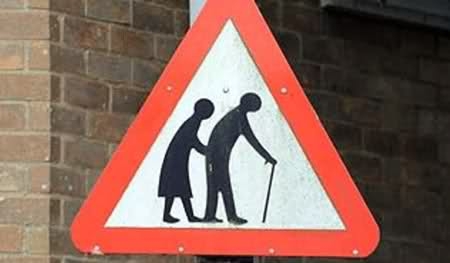 Another warning that the cost of Superannuation will become unsustainable over coming decades without corresponding tax hikes or cuts to Super payments has some political parties again calling for changes to be made to the scheme.

Here are the various political parties' stances on the Super age:

While National accepts there are future implications from an ageing population, Treasury projections show Superannuation is affordable out to 2020, and the issue can be dealt with then, Prime Minister John Key has said.

On Monday, Key stood staunch on his pledge not to raise the Super age, telling Radio New Zealand that today's report regarded costs in decades' time, and no one was pushing for the Super age to be raised now.

"It's talking about what the consequences are in 2080 and today happens to be 2012. Even the Retirement Commissioner basically says you don't have to do much until 2020," Radio NZ reported Key saying.

"As a Government we have an enormous number of problems which are in the here and now, and we're dealing with those at the moment," Key said.

The party changed its stance on Super in the run-up to the 2011 election. Labour produced a policy built around a recommendation from Retirement Commissioner Diana Crossan to raise the age from 65 to 67 by two months a year between 2020 and 2033.

Workers in manual jobs would still be able to retire at 65, Labour said.

It would be accompanied by a universal KiwiSaver, with employer contributions to rise to 7% of an employee's income, more in line with the universal Australian scheme where contributions rates are now 9%, increasing to 12% by 2019.

Labour's new leader David Shearer wants to have cross-party talks on the escalating costs of Super and what needs to be done to preserve it for future generations. Shearer says he's prepared to discuss Peter Dunne's 'flexi-super' policy (see below).

The policy would allow for people to accept Super from ages 60-64, although payments would always be at a lower rate than normal. They could choose to get Super at 65 or hold off until after 70 and receive it at a higher rate.

National has promised to look at it as part of a confidence and supply arrangement with UnitedFuture. Labour has said it would discuss the scheme, although the policy may not do much to change the costs of Super overall, currently 4% of GDP but predicted to rise as much as 12% of GDP.

Since before 2008, the party has proposed raising the Super age. ACT endorses the Retirement Commission's proposal to increase the age of eligibility from 65 to 67 over 12 years (same as Labour), saying it would be a fair way to give people time to adjust.

ACT is, however, keen for the changes in the age of eligibility to begin sooner than 2020.

Its current policy is to keep the age of eligibility at 65. The party is open to cross-party discussions on the issue.

"New Zealand First's Super policy is affordable on the basis that NZ is running a sound, export-led economy," a spokeswoman said.

Wants to maintain the general age to at 65. However, advocates it should be brought down to 60 for groups of New Zealanders whose life expectancy is lower than average.

Opposes Super age increase and wants to see a "solution" for those with lower life expectancies like Maori, Pacific Islanders, and working class Pakeha. Its solution involves lowering the age of eligibility for these groups.

Good Article Alex . The whole thing is a mess and John Key should know better , you dont need to be an actuary to see it cant work in the long run  . We will not be able to survive on the NZ Super in 10 years time and thats why I am taking care of it now.

I am in favour of compulsory saving for retirement . New Zealand is the only free enterprise / capitalist  country on the planet with such a scheme as our NZ super.

But once again NZ is left behind the rest of the world, just like in everything else, whether it be talking on mobile phones while driving , or extracting minerals for the betterment of its people , we are the last to get with it.

It also seems to me Labour have taken an oversimplified view in order to keep their voters on-side in this issue .

You cannot discrminate on the basis of age, and this will become a minefield for Labour,

I would like to know what constitutes a manual worker .

What if , 2 years before I retire , I stop managing my practice and go and work for my sons earthmoving business driving a dozer ? Am I reclassified as a manual worker ?

Its a minefield that labour needs to clarify

Why do you assume that NZ is "behind the rest of the world"  because our retirement system differs from theirs?

Many other OECD members would love to have a system as simple, cheap and effective as NZS.  Most of them are already paying more for their retirement policies than NZ is, and most of them have higher rates of poverty among the elderly.

Why do you want to make saving for retirement compulsory?  If you want to save for your retirement, there's nothing to prevent you from doing so.  Do you think retirement saving is the most important use of money for a young family with a mortgage?  Or a young person with an idea for a business?

John Keys comment that "it is a known issue, but we are going to ignore it because we can" is criminal negligence.

Particularly when the government is already running on deficit spending.

He should be tarred, feathered and run out of town.

No I think he's saying we have more important issues to deal with right now.......Also Ive yet to see any papers that convince me raising the retirement age is a good (or the best) solution....For instance raising the tax rate 28% is posibility.....Sweden has a very high tax rate and seems in very good state..............though they have a compulsary retirement age...My concern is really for the lowest socio-economic groups.....they should get a few years of retirement.....not work to 68 and are dead by 69.....while my group would be more like 78....in which case 70 seems more reasonable.

so what are the more important urgent  issues to address now? Because bugger me if I see anything resembling urgency from this bunch of fools

Quite simple, really. To dish out as much pork as he can to his Wall Street mates while it lasts.

I am not a member of any party and never have been, so read the following comments as they are given. Muldoon has much to answer for. He gave us back our contributions from the scheme Labour began many years ago. How crass and stupid.

I have worked in France and each month on my A4 sized pay slip I could see where the money was going. However I assume that had I died that this money would have gone into French coffers and not to my family.  I may be wrong about that so please feel free to correct that assumption.

The good thing is that with Kiwisaver that money belongs to the individual and not the state. We need to build on that system and keep  it  as a compulsory system which is fair to workers and employers.  We also need protection for those who cannot earn a living. I would like to see the political parties get together and get some real agreement.

Please do it. It is well and truly overdue!!!