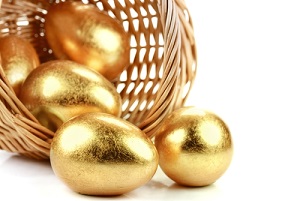 New Zealanders are being warned our retirement kitty is too heavily exposed to the domestic economy, so risks being drained if we suffer a major economic downturn.

The New Zealand Institute of Economic Research (NZIER) says 95% of our private wealth in tied up in assets held here – mainly in the form of land and property.

With the majority of our eggs in one basket, we could take a painful hit if we were to suffer from natural disasters or some other economic crisis.

The NZIER report, ‘KiwiSaver and the wealth of New Zealanders’, explains there are two ways retired New Zealanders get an income; public financing through New Zealand Superannuation and private savings through KiwiSaver.

The report’s lead write Aaron Drew says KiwiSaver has the most diversified exposure, as funds are invested overseas.

While NZ Superannuation has a diversified portfolio, he points out NZ Super is predominantly financed by tax revenues.

If we have lower levels of income growth, the government’s tax revenue decreases, as do its Super payments.

Furthermore Drew says, “A poor period of performance or a large “shock” (e.g. another natural disaster or international financial crisis) could also be large enough that a government chooses to change entitlement to NZ Super to meet its fiscal constraints.

“Even absent any such “shock”, or period of poor performance, there is nothing preventing a government from changing NZ Super’s parameters.”

Of all the assets on the New Zealand household balance sheet, 49% ($580.8 billion) are tied up in housing and land, 33% ($396.5 billion) in equity and investment funds including KiwiSaver, NZ Super Fund and ACC, 12% ($137.0 billion) in NZ registered bank and other deposits, and 7% ($84.8 billion) in other financial assets such as insurance reserves.

So if property prices come off the high they’re on; the gains retirees may have been hoping to live off go.

He sees a couple of headwinds slowing the property boom:

“The fact that New Zealand’s population is ageing and many regions of New Zealand will face flat or declining population levels over the next few decades… reducing the demand for housing (particularly traditional family-sized homes).

“The widely-held view that house prices in New Zealand are over-valued, particularly in Auckland given the decline in rental yields to very low levels (under 3% gross) and the large increase in house price-to-income ratios (from around 4 a decade ago to over 8).”

Furthermore, Drew says if the Government stops pumping as much money into NZ Super, the wider economy and thus property prices will take a hit.

He concludes, “Reliance on a single risky asset or country carries concentration risk and higher potential for poor outcomes compared to a more diversified portfolio”.

At a national level, our retirement kitty is accordingly vulnerable.

Drew sees KiwiSaver is a solution to achieving the diversification we need.

He says, “Most KiwiSaver accounts are broadly diversified portfolios of domestic and foreign assets, with the level of foreign assets (and expected long run returns) increasing as a portfolio’s risk profile is increased given the greater exposure to international equities.

“As such, KiwiSaver is a mechanism to reduce the financing risk and achieve the benefits of portfolio diversification (a higher return per unit of risk). As KiwiSaver portfolio balances grow with time, this benefit will also rise.”

Drew says New Zealand’s tax rules contribute towards this “home bias”, as they encourage people to invest in property, while KiwiSaver subsidies redirect asset allocations back to financial assets, particularly those abroad.

Accordingly, he says the government should be doing what it can to attract people to the scheme.

He says the $1000 kick start bonus on signing up to KiwiSaver, which the government did away with in the 2015 Budget, was a small cost in the bigger scheme of things.

He criticizes the government for not taking a more forwarding-looking approach to KiwiSaver.

From a fiscal perspective, he says “The eventual net tax take [on KiwiSaver fund earnings] will turn positive in favour of the Crown, in the same way the Government’s got more money out of the Super Fund than it’s put in”. See this interview with the NZ Super Fund CEO for more on this.

Since its inception in 2007, 2.5 million people have signed up to KiwiSaver, with 75% of those aged 18 to 64 being members. Before KiwiSaver only around 15% of the workforce were in occupational savings schemes and the number was declining.

According to the 2015 annual report of Smartshares, 70% of the value of holdings in FNZ50 are owned or managed by institutional investors. There are only 2,995 individuals in NZ who own the ETF directly. Only 939 investors have the ETF with a value of more than $60,000.

Good to see I am a member of an exclusive group :)

me too, been good for my portfolio so far

The best thing that the government could do to encourage investment beyond property would be to eliminate the huge tax advantage that property investment enjoys and base the economy on something more sound than the immigration population gain demand fuelled ponzie scheme.

Huge take advantage property investors enjoy? What huge tax advantages? Please enlighten us on what these advantages are.

Hil Labs have gone in "not long" from $0 income for testing houses for "P" lab chemicals to over $1Million.
No wonder the govt are ditching houses asap.
The cost to clean up a tainted rental is around $30,000.
Don't think being a landlord is all its cracked up to be.
Caveat Emptor

I - Probably like many, put my kiwisaver into a bank KS fund. I thought it would be better there than some privately run fund. However thinking about Open Bank resolution it crossed my mind that a CASH fund for your Kiwisaver is not the safest option as it looks like from the following reply from the Reserve Bank to my query that these cash deposits are subject to the same OBR rules. I think somebody will tell me my cash fund is not as safe as a church!

The purpose of OBR is to ensure that in the unlikely event of a bank failure, the bank that has failed can be rapidly re-opened so that customers still have the access to the accounts that they use to pay for groceries, housing and other necessities of life. OBR would only be applied if a bank becomes insolvent and can be activated only by the Minister of Finance on the recommendation of the Reserve Bank. It is not something that a bank can just choose to do.

OBR applies to all locally incorporated banks with over $1 billion dollars of retail deposits – i.e. covering the transactional accounts used by the majority of New Zealanders. All other registered banks have the ability to opt-in to the scheme voluntarily if they wish to do so (and several have). OBR does not apply to non-bank deposit takers such as Credit Unions, Building Societies and Finance Companies.

OBR applies only to depositors, i.e. account holders with money deposited in a bank. Whether the deposit is a business account, joint account, personal account, call account, term deposit, transactional account, savings account or some other variety of account; and whether or not the bank and customer have agreed to specific rules, penalties, terms or other conditions relating to the deposit – if it is a deposit with the bank and in the unlikely event of OBR being put in place then the OBR rules will apply.

You can assess the creditworthiness of banks registered in New Zealand using a variety of publicly available information, including the following material the Reserve Bank publishes:

You’ll see that the tables of summary information include credit ratings, which are a good start point for assessing creditworthiness.

In addition, each registered bank is required to publish disclosure statements and make them available to you.

Our publication Your bank’s disclosure statement: what’s in it for you helps explain how these statements help you. www.rbnz.govt.nz/regulation_and_supervision/banks/3359149.html

So, in terms of KS which is the safest type of fund?
Safest, in terms of actual 'return' of the inputted money, not nec in terms of consistency of investment returns?