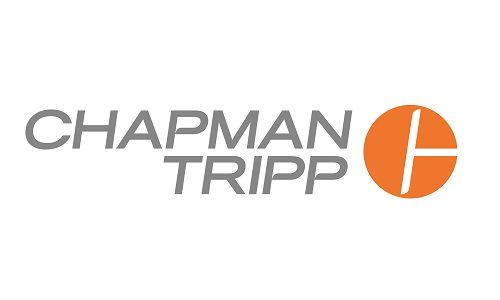 ​The High Court decision delivered on Friday finding Mark Warminger in two instances manipulated the market provides a useful clarification of the law and will be carefully studied here and in the UK and Australia – both of which have similar regimes. Partners with the Chapman Tripp law firm assess the decision and ramifications. The original article is available here.

The Court found against Mr Warminger in relation only to his trading in Fisher & Paykel Healthcare (FPH) and a2 Milk Company (ATM) shares on 27 May 2014 and 9 July 2014 respectively.

He was found in both cases to have manipulated the market by increasing the offer quote and price for the shares and maintaining them at a higher level than would otherwise have been the case and also, through these trades, creating a misleading impression of the price of the shares on the day.

This was New Zealand's first market manipulation case to come to trial. As Chapman Tripp has commented before (see here and here), it was always going to present challenges because the small New Zealand market is particularly susceptible to concentration of ownership with relatively few broking firms and relatively few stocks that are actively traded by institutional investors.

The judgment is of significant interest to participants in the New Zealand market, both in the examination of the notoriously elusive legal elements that make up this prohibition and in the Court's treatment of the facts underlying the two alleged breaches that were upheld and the eight that were not.

The case was brought under section 11B of the SMA, the predecessor to the current prohibition on trade-based manipulation in section 265 of the Financial Markets Conduct Act 2013 (FMCA). Both sections prohibit any act or omission having the effect of creating a false or misleading appearance with respect to the extent of active trading, or the supply, demand or price for listed securities.

It is important to emphasise that the FMA was alleging civil, not criminal breach. The second requires proof beyond reasonable doubt. The standard of proof in civil actions is the balance of probabilities, meaning that something is more probable than not.

This was the approach applied by Venning J, but on the basis that the seriousness of the allegations is such that strong evidence is required to satisfy the standard.

Market manipulation raises difficult issues about purpose, cause and effect, against the complex backdrop of market trading. Justice Venning's careful and thorough assessment of the New Zealand provisions in light of overseas precedents will not quell debate but is significant in setting out an analytical framework for participants and advisers to distinguish between legitimate and illegitimate trading practices.

Market manipulation is established by trading activity that will have “or is likely to have" the prohibited effect of creating a false and misleading appearance in the market. This can result in difficult questions about the relationship between purposes and effects. Noting that every trade has the potential to impact on the price of a security, the Court held that the purpose of the trade may be the key factor which distinguishes culpable manipulation from a trade made for genuine reasons.

Another factor potentially relevant in distinguishing manipulation is the legitimacy of the trading. Venning J noted that legitimate commercial activity can encompass purposes wider than simply to acquire at the lowest available price or to sell for the highest realisable price. Examples of legitimate indirect or collateral motives can include price or volume discovery and positioning.

In practice, the investigative trigger will involve uneconomic or otherwise anomalous trades or trading patterns. To find objective evidence of manipulative purpose and effect where there is no direct evidence of a subjective intention to illegitimately move price, the court will often look for evidence of an ulterior purpose in those trades.

As is normally the case, this investigation was triggered by apparently anomalous trading patterns picked up in monitoring. In determining whether trades or trading patterns are manipulative, the market data are therefore significant, but the context of the trading is also important in establishing the legitimacy or otherwise of the purpose behind the trading.

Each side called expert witnesses to give their views on whether the trades indicated manipulation, but the court emphasised that the surrounding context is significant in addition to the market data. This context could include the timing and content of communications among traders, but also (for example) the incentive effects created by underweight or overweight portfolio positions in a stock (which might motivate 'window dressing') or the influence that screen prices might have on other larger transactions the trader entered into or was contemplating.

These considerations lay behind the Court's findings. After reviewing the evidence, Venning J was satisfied that the FMA had met the standard of proof in two of the ten causes of action.

The FMA alleged that Warminger knew of market interest to buy substantial volumes of FPH shares (in crossings) before he made a series of smaller FPH purchases using Direct Market Access (DMA) and that the DMA trades were intended to increase and maintain the price for FPH shares at a higher level than would otherwise have been the case.

Warminger argued the DMA purchases reflected his position as a willing buyer for a stock he considered undervalued at that level.

Venning J held that the purpose of Warminger's buying activity was to raise the price for FPH shares to a level at which he could sell volume. As an experienced market trader, he would have known his trading would have the effect of creating a false or misleading appearance of the demand and price for trading in FPH stock.

Similarly, contextual factors were important to the Court's analysis with respect to Mr Warminger's ATM trades. The trades were for an extremely small volume relative to the fund's holding and resulted in an increase in the last traded price of the ATM shares.

Mr Warminger's explanation that these trades were an attempt to confirm volume were inconsistent with his stated assumption that Goldman Sachs held ATM shares in volume, given that he had declined to negotiate with Goldman Sachs for any such purchase.

As noted above, the market manipulation provisions in the SMA have been substantially replicated in the prohibitions contained in Part 5 of the FMCA. There is a notable difference, however, in the defence to the legally presumed categories of manipulation – matched orders and wash trades. Under section 11C(3) of the SMA, such trades may be excused if the defendant proves the trading occurred “for a legitimate reason".

Venning J ultimately held that contending views about the legitimate purpose defence did not affect the outcome in the case because, if the trading was for a genuine or legitimate purpose, it is not likely to have the effect of creating a misleading appearance.

In section 268 of the FMCA, by contrast, it is a defence that the trading was made “in conformity with accepted market practices and or a proper purpose". This is likely to involve a different inquiry, although it is not clear it would yield any different result in most cases. NZX is currently consulting on a proposed updated trading conduct guidance note. Submissions can be made until 17 March 2017.

The Court made two declarations of contravention against Mr Warminger and must separately determine whether a pecuniary penalty is appropriate and in what amount.

The FMA will reflect on whether it wishes to appeal the eight remaining alleged breaches and Mr Warminger will consider whether to appeal the two contraventions established. If one appeals, the other would likely cross-appeal.

The court's reasoning will provide a useful framework for the FMA's upcoming guidance note on wholesale conduct. It may also create a blueprint for defining trade-based manipulation alleged under the FMCA's fair dealing provisions, which can also apply to unquoted financial products and are based on a similar underlying premise of conduct likely to mislead the market.

*This article originally ran on Chapman Tripp's website and is reproduced here with permission.