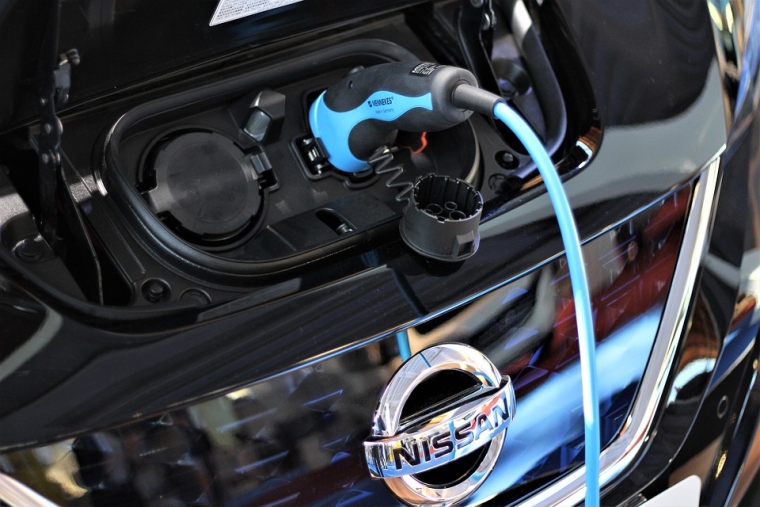 The Auckland Council says it supports the Government’s ‘Clean Car’ policies, but says it needs to be more ambitious to increase the uptake of electric vehicles (EVs).

The Ministry of Transport is consulting on a proposal to introduce a ‘Clean Car Discount’, or feebate scheme, from 2021.

This would see fees and discounts applied to both new and second-hand vehicles that enter the country for the first time, depending on the amount of carbon dioxide they emit. The scheme would only cover light vehicles, such as small and medium sized cars, SUVs, vans and utes.

But the Auckland Council’s draft submission on the Government’s proposed policies says they are too focused on reducing the fleet wide level of emissions rather than increasing the proportion of zero emissions vehicles themselves.

“While this may be the most pragmatic approach in the short-term, this will not be sufficient for Auckland or New Zealand to meet their climate commitments. An increased direct monetary incentive should be introduced for electric and zero emission vehicles.”

It says subsidies that reduce the price of EVs should be used to reduce the initial purchase price so EVs have a price advantage over Internal Combustion Engine Vehicles (ICEVs).

“Examples of this include Norway and the Netherlands, which had subsidy levels sufficient to give electric vehicles a price advantage over ICEVs and were also the two countries with the highest market shares for electric vehicles internationally.”

But under the Government’s proposal someone buying a new, or near new, EV would receive an $8000 discount off the price. While cars with the highest emissions would cost $3000 more. The scheme would be self financing, with people buying vehicles that produce higher emissions subsidising the cost of vehicles for people buying vehicles with lower emissions. Cars with a retail value of over $80,000 wouldn't be covered. The scheme also wouldn’t apply to cars already on New Zealand roads and would only cover new and used light vehicles coming into the country.

“Most Kiwis want to buy a car that’s good for the environment, but tell us the upfront cost and limited choice makes it a challenge. This is about making cleaner cars a realistic choice for more New Zealanders – by reducing the upfront cost of electric, hybrid and fuel efficient vehicles when sold in New Zealand for the first time.

“Discounts will be financed in the fairest way possibly - by putting a small fee on the highest polluting vehicles when they’re sold in New Zealand for the first time. This means people will still have choice, while contributing to the task of cleaning up the vehicles coming into New Zealand."

But Auckland Council says the policies are too focused on cars and should have a broader approach.

“The proposals are limited to light vehicles as the Ministry does not consider that there are enough low or zero emission heavy vehicles available at this time. This is correct for trucks; however considerable progress has been made on the development of electric buses in recent years and there will be enough options to allow a transition to electric buses soon.”

And it says such financial incentives should be extended to cover other modes of transport such as bikes and e-bikes as well.

“One of the key themes adopted by the Ministry in the preparation of the Government Policy Statement on Land Transport was ‘mode neutrality’. Taking this approach, financial incentives should not be limited to motor vehicles given the impact bikes and e-bikes could make to reducing emissions.”

It also calls for the introduction of a cap on vehicle emissions.

“We also recommend that central government monitor vehicle emissions levels and consider the introduction of vehicle emissions limits on the existing New Zealand fleet if emissions targets are not being met. This would help accelerate the turnover of higher emitting vehicles and their replacement with lower emitting counterparts.”

The Ministry of Transport released a discussion document outlining the proposed changes last month and submission on it close on August 20. It outlines the reasoning behind the policy proposals and states:

“Transport contributes 20 percent of emissions in New Zealand. It is by far our fastest growing source of emissions. The policies being consulted on in this paper are focused on reducing emissions in the light vehicle fleet (cars, SUVs, utes, vans, light trucks all of 3.5 tonnes gross vehicle mass or less). The Government is focused first on light vehicles as they account for almost two-thirds of transport emissions.

“New Zealand is one of only three developed countries that has no regulations, or meaningful incentives, to influence the fuel efficiency of light vehicles entering our country. As a result, the vehicles supplied into New Zealand are among the most fuel inefficient, and polluting, of any OECD country.”

It says the Clean Car Standard and Clean Car Discount policies would help New Zealand to significantly reduce its transport emissions and would also result in fuel savings for motorists.

Auckland Council Environment and Community Committee chair Penny Hulse says she supports the Government’s proposals in principle, but says it could have taken a much tougher approach. She says climate change is a major issue that requires some tough decisions.

“We are either going to dabble around the edges, or make fundamental changes. And our submission is about getting serious about this,” she says.

“We’ve had quite a lot of discussions about this and we’re saying if you look at it from an Auckland perspective we want to see larger subsidies for EVs. We want to see some carrot and some stick.”

She says buying an electric car, even with an $8,000 subsidy as proposed by the Government, would be out of reach for many of the city’s motorists.

“We can’t victimise people in west Auckland and south Auckland, but as advocates for climate change mitigation we’re saying to the Government what can they do to mitigate against this?”

Hulse’s comments are in line with those contained in a Productivity Commission report released this month which called for the introduction of a feebate scheme for new and used vehicles entering the country. But it said the Government would need to ensure it was suitable for the New Zealand context and include features to limit the burden on low-income households.

Hulse says she agrees with the draft submission’s call for the feebate scheme to be extended to cover buses as well. She says Auckland Transport (AT) is already trialling electric buses and Mayor Phil Goff has stated he is keen to bring the timeframe forward so it can fully electrify the city’s bus fleet.

One of the immediate unintended consequences of the feebate scheme (what, y'all thought there would be None?) is likely to be sales of EV's falling off a cliff.

After all, why pay 100% today when the mid-week sales at X% discount, start Wednesday next?

Yes it devalues existing EVs to a certain extent immediately.
Another factor is that the list prices of EVs will probably go up because of the subsidy!

What I would like to see is a requirement that any sale of a petrol car, after the purchase of an EV, requires that car to be converted to an electric car with the Government providing a subsidy for that to be done.

Reliable, quality conversions are significantly more expensive than simply just buying an electric car at the moment. And are best reserved for expensive classics. Hopefully this isn't forever because I would love to convert my old LandCruiser one day.

If the Government created a conversion industry, trained and paid the employees then it could be done very quickly and efficiently. I cannot see the worth of just a subsidy for the purchase of Evs without a corresponding subsidy for conversions. New Zealanders keep their cars for a long time and so the purchase subsidy would take far too long to have any great effect on our oil consumption but a purchase and conversion subsidy would rapidly change that.

Where would the batteries go? Filling up the back seat area? Car cog way up high.

A tax-neutral scheme, if it is, like the Govt say, seems ideal. $8k is about all overseas countries provide in discount.

And in NZ we will benefit from double subsidy. Cost of vehicle in Japan is reduced by government subsidy, then further reduced when the Leaf is imported to NZ and gets the NZ rebate.

If we have ethically sourced coffee. And ethically sourced cacao. Will the managers of this program guarantee that the lithium, nickel, cobalt and copper used in the batteries of these 'clean' cars come from ethically derived sources and the extraction of which did not kill off rivers in Tibet etc?

The biggest supplier of lithium by far is Australia. Cobalt is an issue. But there are alternatives to Cobalt.

... as an alternative fuel ... there is no shortage of hydrogen... in fact .. it's the primary building block of everything in existence ...

Or .. continue with EVs and all the environmental destruction caused by mining the rare minerals for their batteries .... oh .. don't the greenies know that ?

. . yes .. those activities are remarkably clean and green ... especially natural gas .. a superb fossil fuel choice as we transition towards renewables...

Of course , the best fuel available is nuclear power . . But sadly , that seems to be forgotten ...

When i lived in the UK, I could claim 20p (40 nz cents) per mile for travel expenses. Why not in NZ? Why does IRD encourage business people to drive instead of cycle?

Because we what we lose in not using taxation as a social engineering tool at the individual level, we gain in not having masses of expenses that individual wage and salary earnings have to record and claim at the end of each year.