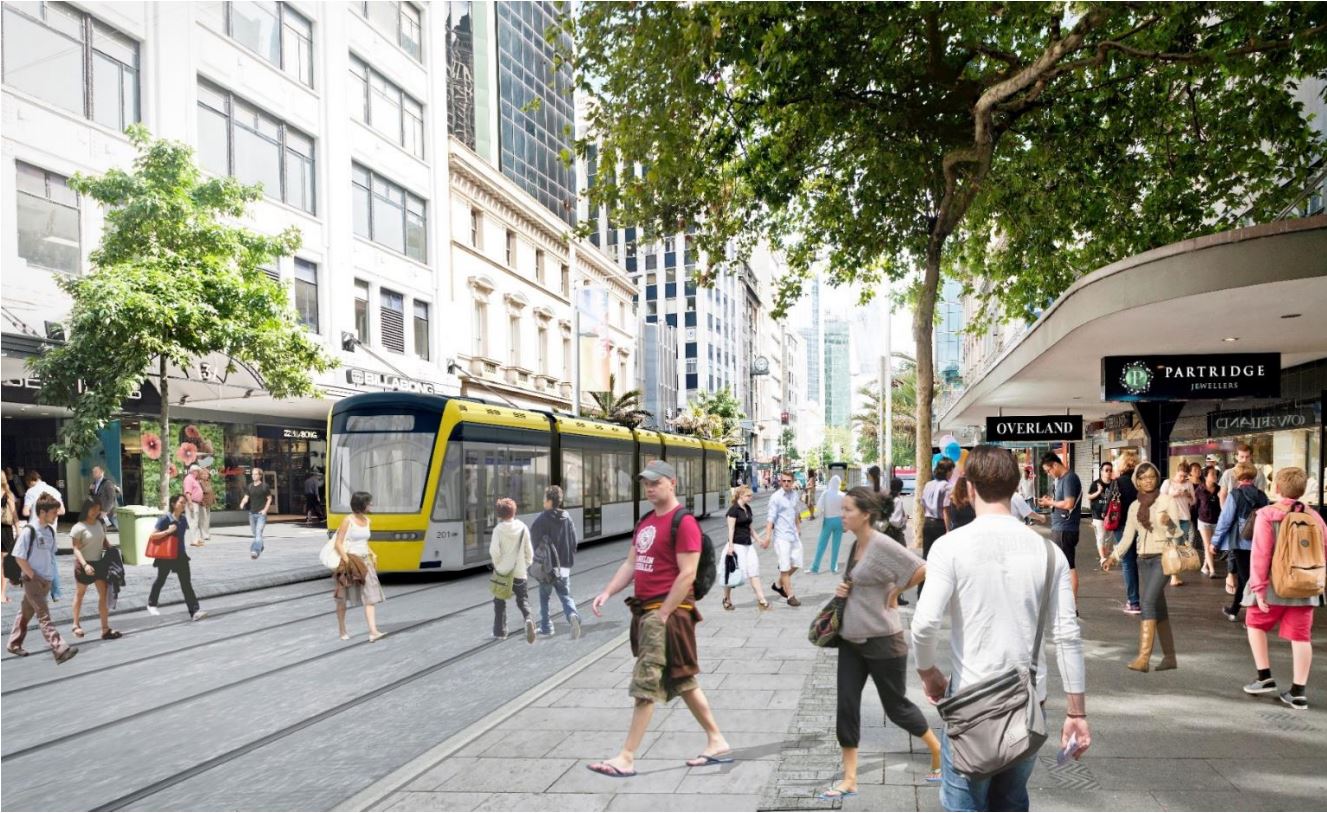 This week’s announcement by Transport Minister Phil Twyford that he has shortlisted two potential partners for the Auckland light rail was hardly the big announcement it was touted as.

In a press statement he said he was planning to make a decision on the successful tenderer early next year and the two potential partners are NZ Infra and the NZ Transport Agency (NZTA). But there aren’t any surprises there.

The NZ Super Fund approached the government with an offer to build to fund, design, build and operate the light rail network in partnership with Canada’s Caisse de depot et placement du Quebec in May last year. And NZ Infra is merely the joint venture they have established to bid for the project.

While the NZTA is going to be involved at some level anyway, even if it’s only in a funding capacity, and was already given the task of coming up with a business case for the project.

All Twyford has told the public is that he is planning to make a decision in early 2020 and the construction work won’t start until 2021 at the earliest. For a project beset with delays it’s hardly the big announcement some Aucklanders were no doubt hoping to hear.

But the looming problem for Twyford is next year’s general election. The Auckland light rail project, which he has said will offer so much to Auckland, remains a distant dream like KiwiBuild’s 100,000 homes. And coupled with talk of the project being delayed further by APEC 2021 who knows when the construction will start.

For those Aucklanders sitting in gridlock on their daily commute to and from work hoping for a public transport solution, the light rail project at best will be a long time away.

But if there’s any light at the end of the tunnel for Twyford it’s the fact Canada’s CDPQ Infra group has some experience in the world of rapid transit projects. It has been working on the massive Réseau express métropolitain (REM) rapid transit project in Montreal. The 67 km light rail network is expected to cost NZ$7.44 billion and will link Montreal’s CBD with the South Shore, West Island, North Shore and the city’s airport.

Work on the project is now well underway. But when you look at the timeframes involved it has taken some time to get from the initial proposal which was first unveiled by Montreal Mayor Denis Coderre and CDPQ Infra CEO Michael Sabia in 2016 to the start of the construction in April last year. And while the first sections of it are expected to be completed in 2021, the whole system won’t be operational until 2023.

But looking at it rationally some people might say we should cut Twyford some slack. In March 2017 the then Minister of Transport Simon Bridges announced the National Party-led Government’s plans to build a light rail link from the CBD, down Dominion Road to the Auckland International Airport.

But there was a catch, Bridges said it could take 30 years for it to be built.

So in the run up to the 2017 election as Labour’s then transport spokesman Twyford said he could do better and would deliver light rail from the CBD to West Auckland and to the Auckland International Airport within a decade, with longer term plans to extend the network to the North Shore.

Twyford has since estimated that the Auckland project will cost about $6 billion, making it the biggest transport project in New Zealand history. The project would see two light rail lines established in Auckland. One leading from downtown Auckland out to the airport at Mangere, while a second line will run from the central city along State Highway 16 to Kumeu/Huapai.

But the focus has since shifted from including the CBD to West Auckland line, to initially just targeting the city to airport link. With voters going to polls sometime next year the Government will want to be able to show the residents in the City of Sails it has delivered on one of Auckland’s major infrastructure projects.

The best Twyford can hope for now is that he has decided on who the successful bidder will be and he has an agreed start date before voters head to the polls.

Checkout the Canadian outfit, it is eyebrow raising.
Caisse de depot et placement du Quebec
Can’t we ask the Spanish to do it, the Europeans have been doing trams for a century.

Anything/everything he utters is now regarded with a high level of scepticism by the New Zealand public.

The project delayed by Apec? Wasn't he saying 2 years ago that it would be built by before Apec, so he could show off his shiny new toy?
The guy is a muppet.

Awkland's Airport Tram is 22 k's give or take. That's $2.5 billion ex GST (give or take) and does not count over-runs, initial project misunderestimation, compensation to businesses along the way, land acquisition, legal fees, consents, et al. To say nothing of FX rates, local materials Oligopoly imposts, and other costs. It'll be a wonder if it ends up less than double that raw cost.

It would require quite a study to compare project costs. On major difference may be where one buys private land so that the line does not disrupt traffic. I believe the Ak one is going to go down an existing road so it should be really cheap. But by doing this it will tend to annoy a great many voting car drivers and bus passengers who don't want to go where this tram goes. The alternative is to compulsorily buy land. Can you imagine the uproar.

This government is proving to be profoundly ineffectual and inept.

Phil, if you’re going to cancel $3.5 Billion worth of reading projects (at a time when Grant should be scrambling to find ways to spend), at least have alternative projects at the ready to replace them. Truth is that Julie Ann is running the show at the transport portfolio - and despite her impressive CV when it comes to transport planning, she’s failed to get real delivery traction with any major public transport, walking or cycling infrastructure that wasn’t already on the cards before the election.

Despite some low hanging fruit like the foreign buyer ban, this government has proven to be an abject failure. Jacinda’s international media fame is the only real success story.