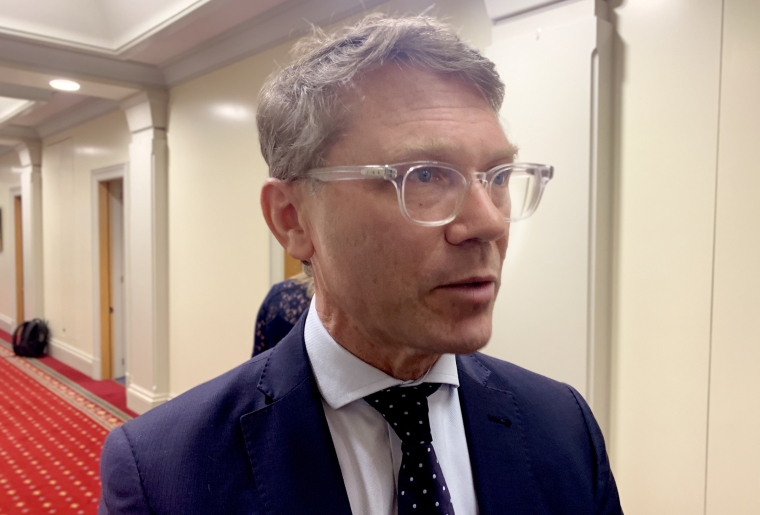 The National Party is signalling a move away from its previously held position that government spending as a portion of Gross Domestic Product (GDP) needs to fall.

“We think the figure at the moment is about right,” he said.

“I don’t think there’s a strong call for pushing even lower than we are at...

“I don’t think we should be ramping up debt significantly, given all the uncertainty there is at the moment. But having said that, if there are good opportunities to spend money on infrastructure, we’re open for that."

Goldsmith was mindful of the low interest rate environment making borrowing cheap. He said he was also open to different ways of attracting capital.

National’s former finance spokesperson Amy Adams in May criticised the Government for announcing it would broaden its debt target to a range of between 15% and 25% from 2021/22.

She said you could “almost guarantee” this would see the Government hike debt to the 25% upper limit.

She wanted debt below 20% of GDP, but didn’t have a specific target in mind.

The Government committed to reducing debt to 20% of GDP within five years of taking office. 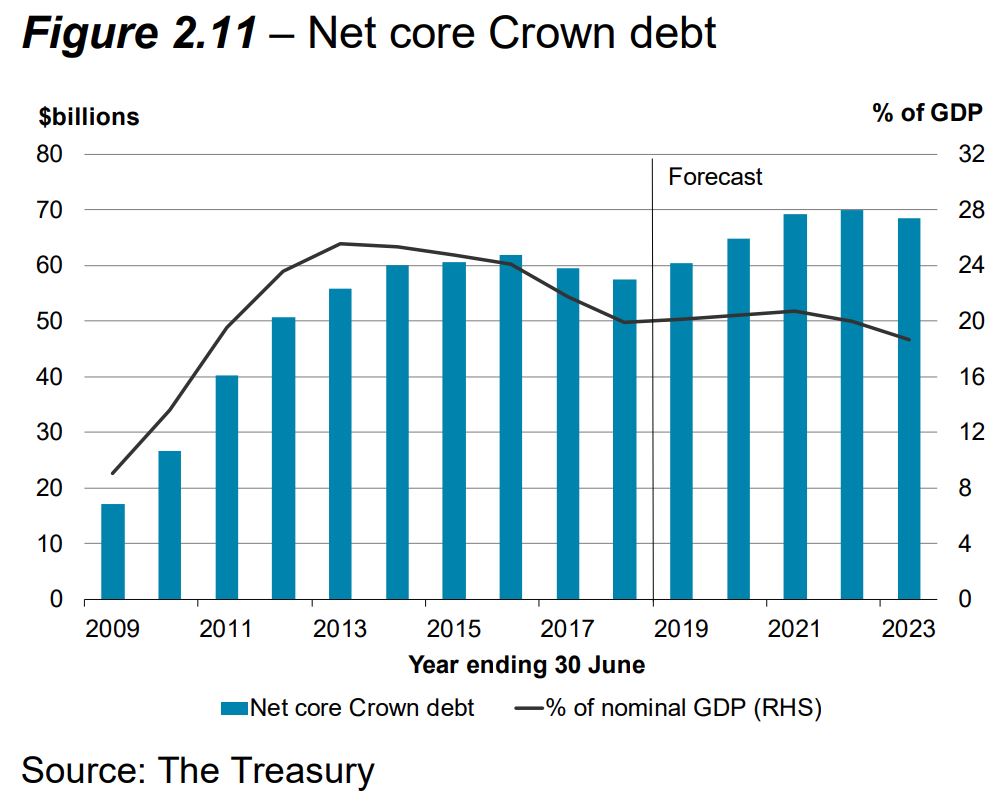 Noting National’s commitment to not introducing any new taxes, Finance Minister Grant Robertson said: The question for Mr Goldsmith is, how does he pay for all the things he wants to do?”

If elected into government, National has committed to indexing tax thresholds to inflation, repealing the Regional Fuel Tax, not increasing petrol excise taxes during its first term, returning the bright-line test to two years (from five years) and removing the ring-fencing of rental losses.

While the debate over debt rages on at Parliament, Reserve Bank Governor Adrian Orr hopes the Government, households and businesses will make the most of even lower interest rates and spend more to stimulate the economy.

You know these sort of “corrections” always seem to me to be, as if one is going to a tailor and having your body changed to fit the suit.

Hey, don't laugh, but a distant relative had a child who she found impossible to buy shoes for. So she arranged for a toe amputation....issue resolved. My father's comment: 'Good job the kid didn't have a problem with hats....'

Mr Fields, was not alone.

Bit of pragmatism from National. I'm surprised, what I've heard of Goldsmith he seemed like more of an ideologue.

Well they were very "pragmatic" when they ramped up debt from 2009 to 2016 from below 8% of GDP to above 24%. Sure it was the GFC but they need to acknowledge sometimes debt is needed.

Yep ~$52.0 billion borrowed - can anyone fathom why, with this much infrastructure spending, the economy never reached lift off, in the sense inflation never exploded, the RBNZ is close to instituting negative OCR to stimulate GDP, and now there are calls to cancel prior proposed National Party fiscal austerity to give business a chance to borrow and spend into the economy?

It wasn't spent on infrastructure. It was used to blow out inequality through tax cuts to the rich. Which is actually bad for the economy.

Yes, and the other major component was Christchurch and then Kaikoura quakes. The spending showed up as stimulus and GDP growth, but it was just the broken window fallacy - repairing what was previously functional is not really useful investment since it's just returning is to the status quo, not improving anything.

Captured by groupthink - The current party line that all hired hands must sing is: fiscal policy will be boosted, central bankers approve. All is well.

This is really just a nothing burger.

Debt problem, what debt problem? When you can forge a false economy and surf the money wave for a nine year stretch. I'm wondering if National think they can catch the money wave again at their own residents expense.
Someone better tell them that times have changed. Al Jazeera: The Hunger for Global Real Estate | 101 East
https://www.youtube.com/watch?v=oFcsFOKXsFU

There's debt, and then there's Multi-national corporates who between 2008 and 2017 have collectively made $79.8 Billion in profits. And reinvested only 24% of that.

Over the last decade they have averaged more than the combined exports of seafood and milk powder.

Honestly, if that nimrod is the new benchmark for financial literacy in the National party then we are in serious trouble. What does he mean other ways to attract capital...sell more assets? No one can borrow cheaper than the government, heck it can issue its own debt if it needs to. This former national supporter asks how does goldsmith arrive at 20% being acceptable when the economy his party ignored for 9 years is so badly in need of a capital infusion? It needs to be more than 20% and he knows it.

Totally agree. Selling assets to attract capital is the easy way out - lazy and short sighted. Should only be considered as a last resort, especially our land, which is precious and scarce

Of course in the instance of any neoliberal administration the assets are sold to a party very closely connected to the party in power and the financiers behind the deal. If I were in any other part of the world it'd be called corruption...