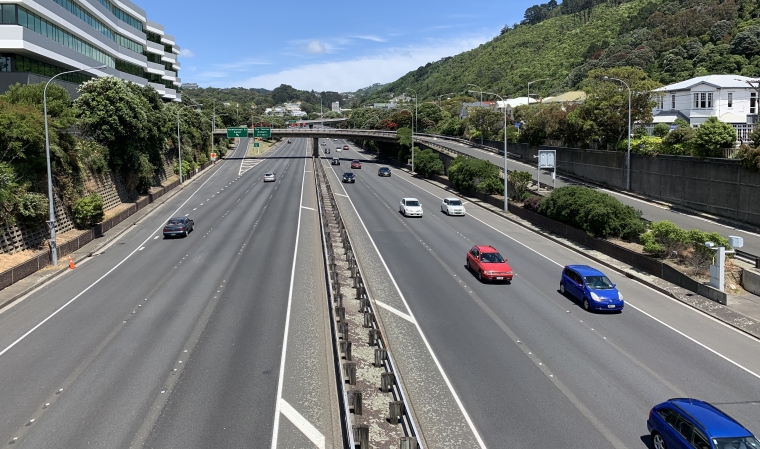 Rate hikes have not been modelled in the Draft Government Policy Statement (GPS) on Land Transport 2021, published on Thursday.

The GPS, published every three years, set out the Government’s priorities for land transport and guides the way the NZ Transport Agency (NZTA) spends money from the National Land Transport Fund.

Congestion charging not off the table for the future

There's no mention in the draft GPS of congestion charging being introduced.

However Transport Minister Phil Twyford isn’t ruling this out beyond the government's current term. National is openly supportive of congestion charging.

“We have no plans in this term of government to embark on congestion charging,” Twyford said.

“But officials are continuing to lay the groundwork by completing the work on congestion charging in Auckland. That’s been ongoing for the last couple of years.

“And officials are also doing work about what a future revenue system would look like. For example, when we have an electric vehicle fleet, we can no longer raise the revenue we need from fuel excise duty, and they’re looking at what the new options might be. For example, a GPS-based transport pricing system…

“It [congestion charging] is not off the table for the future. All countries around the world are looking at this issue right now. We’ve got to find ways to fund our transport systems and petrol taxes are not going to do it in the future.”

Asked whether the projected figures in the draft GPS could be taken as gospel, given the funding model might change during the three years from mid-2021, covered by the GPS, Twyford said: “If the funding model changes in the future, that would be a massive reform and a big change that would take quite a while to put in place.”

No major changes in expenditure targets or strategic direction

Target expenditure is slightly higher than that projected in the current GPS:

The $6.8 billion of transport infrastructure funding (largely on roads) earmarked by the Government earlier in the year as a part of its NZ Upgrade Programme, is separate and additional.

In terms of the strategic direction set out in the draft GPS, it is similar to the existing one.

The key change, in the view of Greater Auckland transport blog administrator, Matt Lowrie, is a move to more clearly separate out the Government’s expectations for investment in public transport.

A reframing of “activity classes” will allow the NZTA to “separate regular investment to support continuous services, from investment in brand new infrastructure and services, and gives it the flexibility to deliver the most appropriate improvements as urban areas grow”.

Lowrie said this would provide more certainty of funding being directed to where it's intended to be invested.

Twyford said safety remains the top priority, as investment is made with the aim of reducing the number of deaths and serious injuries on the road by 40%.

In addition to this, the priorities are “better travel options”, “improving freight connections” and “climate change”.

Consultation on the draft GPS is open until April 27.

The folk at Stuff are loving this.
Same story, who knew.

Phil Tyford is promising a $54 billion transport binge over the next ten years, with a focus on safety

Maybe Stuff should read their own copy:
At this stage it is only a draft, so the plan is likely to change slightly before it is finalised later in the year.
And
It doesn't fund any specific projects — those decisions are made by officials at the NZTA - but it does suggest how much money should be spent on different parts of the transport portfolio.

Finally some long term planning on the public transportation front.

With self isolation for the masses coming this way soon, mass public transportation will be out, and I cant see the roads being half as busy with no school dropout.

What a perfect time for mass public transport builds, as they will have alot less disruption. I'd be happy to help out driving a dugger.

Well, as long as they don't ban those excellent self-isolation tins (private vehicles) from the roads, I guess we are safe....

So the JA government hikes excise duties by 18% since taking office but we are to believe that fuel companies are the bad guys.

This tax is also brought to you by the government's 'Pay Now, Build later, Use much Later' scheme.

That is despite significant increases in excise duty from both National and Labour governments.

Therefore that would suggest oil companies are the "bad guys" and taking a good chunk of the profit no?

In 2010 the price of Brent crude was about $80 per barrel. Today it is $25 so compared to 2010 we are being massively ripped off and the government, despite it's rhetoric, are doing nothing.

That's a stupid thing to say. Our government neither supplies oil nor controls its prices, they simply clip the ticket by clawing back a percentage in taxes at the points of import and sale. In 2019, nearly 52% of retail fuel prices went straight into the government coffers. This share has gone up over the 9 years in question, so the price drop you talk about has nothing to do with it.

Not sure if you understand anything about petrol prices.

Like any big business; to ensure they have the volume needed to provide surety on billions of dollars investment in their infrastructure, these big petrol companies have long term supply agreements.

The crude prices are used for margin trading. The volume of the trades would give it away, but they are never provided. Just another smoke screen used by the establishment to abuse the masses.

Whatever happened to that fuel price investigation after Jacinda stated "We are being fleeced" ?

A year later and still nothing. Oil prices now at all time lows and hardly 10 cents passed on at the pumps.

Given we are almost certain not going to get half the infrastructure in Auckland we were promised, this seems like the only reasonable step.

So... no investigation has occurred?

I am eagerly looking forward to seeing the details of this wondrous law change. (do I really need to insert the /sarc, as the platitude insertion level on the quote provided beggars belief...)

I'm struggling a bit with the timing of this fuel excise tax increase. We are rather sure that many of the working poor are likely to either have their hours reduced dramatically or outright lose their jobs due to the far reaching effects of social isolation. It is almost a certainty that we will be shutting down many businesses when we get documented community virus spread. This will affect not only the business owners, but also the employees of these businesses. Sadly, the percentage of income that goes to fuel increases for the lower paid employees (fuel excise tax is a regressive tax, hurting the lower paid people dis-proportionally).

This excise tax increase should be delayed until the economy regains its footing.

So when is the time to add taxes etc to fuel? When the price is high so it's a lower % - but no one wants to pay more?

Or when the price is low and going lower, so it's not even noticeable?

The time to add a regressive tax is when the population that is most strongly affected can afford to pay the tax.

At present, the .gov is planning on increasing subsidies for low wage earners. At the same time, they are taking away from these same people via increasing the fuel excise tax.

Yes, at present the petroleum price is astoundingly low. An inelastic supply-demand curve will do that for you when demand reduces significantly and supply increases. What happens when the shale oil industry goes bankrupt and the supply shrinks quickly? Then, the price will skyrocket and the pump price will be even higher due to the increased taxes.

The irony about this conversation is that everyone wants the bright shiny new roads but nobody wants to pay for them.

I'm moving to a horse shortly.

Guess that what happens when you dont have alot of money, but plenty of grass and you dont need to keep up with the jones; who have everything on tick.