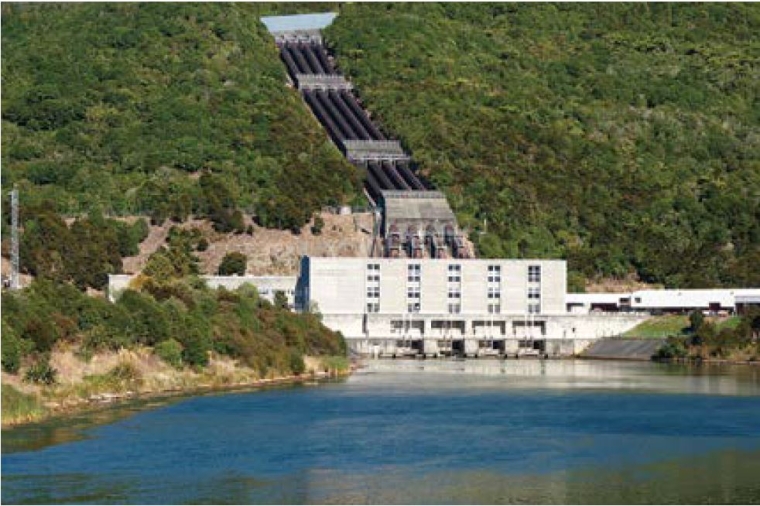 Climate Change Commissioner Rod Carr wants climate change investment added as a chapter heading, alongside education, health and housing, in the Budget from next year.

Carr details this in a letter to Climate Change Minister James Shaw, with copies provided to other ministers including Finance Minister Grant Robertson.

"We acknowledge this is a time of huge uncertainty, but it is also one of opportunity. The economic stimulus the government has underway is the biggest in our lifetimes – if we can make smart investment decisions in low-emissions practices, technologies, and infrastructure, we can rebuild the economy, create jobs, and ensure people are better off both now and in the future," Carr says.

"Mitigating and adapting to climate change needs to be considered in every investment decision this country makes. From next budget we would like to see climate change investment added as a chapter heading - alongside education, health and housing. This is the issue and the challenge of our time - the wellbeing of New Zealanders now and for generations to come depend on the actions we take today to address it."

Carr also highlights the $20 billion of unallocated funds set aside in the Budget to aid in the recovery from COVID-19.

"There is an opportunity to invest in large transformative projects that address emissions reduction and adaptation. We encourage the use of our six principles to guide decision making here. These funds can only be spent once. We need to make decisions that our children and grandchildren will thank us for."

Carr welcomes support in the Budget for people seeking to retrain or upskill.

"Given the changing nature of work, particularly in light of COVID-19, we would expect that this package includes training people for the future opportunities that will emerge from the transition to a low-emissions and climate-resilient economy and society."

"Accelerating electrification using renewable generation is a key strategy for moving to a low emissions economy and will provide jobs and opportunities to upskill. We also know that growing our digital economy is likely to form more of New Zealand’s future – smart technology and the ‘internet of things’ can increase efficiency and reduce emissions. Alongside equipping people with the skills needed to support building more houses and infrastructure, we should provide access to training and skills for the 21st Century," says Carr.

"We also have an opportunity to take a closer look at some sectors that have underpinned our economy in recent years and think hard about whether they can be reshaped to succeed in a low-emissions world. The digital economy presents opportunities for building on our strengths in agriculture, tourism, and technology and has a reputation for adapting quickly."

"We are a country of innovators. Looking back to the 19th and 20th Century, many New Zealanders were employed in industries that played an important role in our economy but that we no longer see today. Whaling, gold mining, and vehicle assembly all have a significant place in our history. The climate change consequences that we face give us an opportunity to transform how we do things and build new businesses that can reshape the low emissions world while creating more jobs," Carr says.

The Climate Change Commission is a Crown entity established under the Climate Change Response (Zero Carbon) Amendment Act to provide independent, evidence-based advice to government to help NZ "transition to a low-emissions and climate-resilient economy." It's also tasked with monitoring and reviewing the Government’s progress towards emissions reduction and adaptation goals. Carr recently featured in this interest.co.nz Zoom interview.

One has to question whether we are better buying new ferries or shifting the Picton port to Clifford Bay. I think that the costs for both would be in the same ball park. The latter option is a more direct route that will connect to the South Island much further south. It will reduce the north/south travel times by 75-110 minutes. This has to represent a very large energy saving and I would be very very surprised that any replacement ferries would do any where near as well in terms of both economic or environmental benefits.
If we buy new ferries most of the money will go overseas and largely benefit workers in other countries. If we shift the port, most of the expenditure will benefit NZ workers and companies at a time when it is desperately required

Incidentally, it is a pity that it was not built as part of the project to rebuild the road and rail systems after the Kaikoura earthquake. The huge volumes of rock cleared would have been far more than sufficient to construct the port. All the skills and resources to execute the work were at hand. The whole project could have been a simple add on at incremental cost.

There appears to be significant resistance to the port relocation proposal within government and one has to suspect that this is caused by fear of the political reaction from the Picton residents. If this is the case then I strongly question whether this is responsible governance. Surely the long term view of what is best for the environment and the economy must take precedence over short term political expediencies.

"Surely the long term view of what is best for the environment and the economy must take precedence" - not with an Election looming: the overriding motive is to Get Re-Elected. All else falls into line way behind That.

Their lead in the poles is so great, is it an issue? Now might be their best chance.
Besides which, what is the point in voting for them if all they can do is waste our taxes on half baked compromises?

If you want to play cynical politics however; Selwyn and West coast Tasman are the closest Labour held electorates. So what have Labour got to loose.

Onslow Pumped storage and a whole lot of PV in sunny bits of North Island please.

Ferries will mostly be replaced by electric aviation in 10 years - can transport car in an autonomous cargo plane, humans in a human rated plane (and it will start to replace a lot of regional jets too) so lets just keep existing ferries ticking over.

A nuclear shipping line please. Saves all that bunker-oil-fuelled transport, and is Zero Carbon into the bargain. Australia can sell us the U - it's the U in 'Bubble' after all. Something has to cart those Export Containers and I don't see Sail or Air being much help......

How about nuclear - powered light rail ?

Where is the near-magical level of energy density for an electric heavy lift airplane going to come from? I'd much rather board a ship and rent a vehicle on the other end, but I guess some people really like their cars...

There are electric turboprop replacements entering service in 2022 that have 1000km range. Blenheim to Wellington is 70km. Planes use about the same energy per distance as cars to carry the same weight, so a few hundred km range in an electric aircraft of any size is trivially easy. Take the pilot and human carrying safety aspect away and they become super cheap to operate. $200 ~6hours for car on ferry is easy to undercut.

I'd love to see electric passenger air travel - NZ is well placed. Large quantities of freight by air, your original comment mentioned transporting a car, makes no sense to me, I would have to see the numbers. Don't fight gravity if you don't have to. I would much rather see a strong coastal shipping effort, for a combination of efficiency and disaster resilience:

Any chance of Lake Onslow growing a bit?

And a whole lot more windmills beside it to pump the water up from the Clutha?

The original study was for Manorburn to pair with Onslow.

But before we rush to this or that panacea option, how about we do a big-picture look at what we are, what we will be (which isn't anywhere near where we want to be) and what we need to energise? We may find that we can live with what we produce now - particularly if Tiwai is costed properly (which would close it down - as per dross all over Southland at public cost).

Wouldn't argue with that. Last thing we need is the the government splattering our taxes round on half baked ideas.
A couple of other ideas to put in the pot.
- Use Tiwai point as a sink for surplus power before it is decommissioned. Load cannot be picked up and dropped quickly by the smelter but it may be useful over a longer time scale. (Seasonal or to match weather cycles)
- Encourage a lot of solar electricity and reorganize the distribution and market influence of the Gentailers so the solar is encouraged and married in well with hydro acting as the battery.
- Include how we are going to supply and marry the whole system with electric transport.

No panacea, just the easiest way using existing tech to efficiently store surplus energy / manage peaks without fossils. I'm keeping an eye on Carbon Engineering's plant in Squamish BC, for example - extracting CO2 is energy-intensive, but one possible future is we figure out how to do it, including reconstituting liquid fuels. I am sure we can figure out a way to use a surplus of clean electricity.

Carbon sequestration takes too much energy, and remember it was energy-aquisition which released it. It won't happen. Our ' economy' was on steriods this last decade WITHOUT paying it's way; it's hardly likely to start doing so now.

But water-at-height is the most benign, least impactive, lowest-tech battery there is. I run on micro-hydro, in no more than a drain - it's a cinch. And if I was strapped for water, I'd pump it back uphill with wind. Too easy.

Get that bloody hopeless Kaimai crossing from the Waikato to Tauranga sorted with a tunnel, infact get the entire east coast transport fiasco sorted once and for all with an upgrade including rail that will last for last generations. I hated living over there due to the area being so poorly catered for transport wise. Just made it too hard to do business.