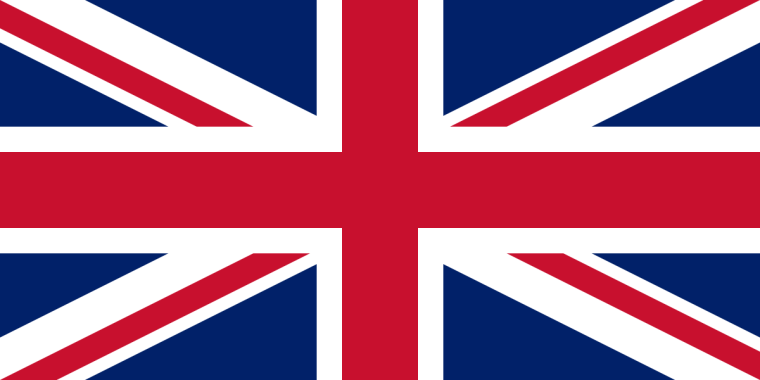 Minister for Trade and Export Growth David Parker says New Zealand and the United Kingdom have formally launched free trade negotiations which will kick-off via video conference from mid-July.

Parker says New Zealand and the United Kingdom have a close relationship featuring strong trade and economic ties, common values and traditions and a shared history. A free trade agreement, he adds, will be an important new milestone in that relationship.

“As the UK embarks on its next steps post-Brexit, New Zealand is pleased to be among the first countries to negotiate a trade agreement with one of our oldest friends,” Parker says.

“We look forward to an FTA that opens up more opportunities for small and medium sized businesses, Māori exporters, and our regional communities, consistent with our Trade for All objectives.”

Parker says the outcomes sought include:

A series of questions and answers issued by Parker are here.

Aye and why not. Whether it is regarded as good or bad NZ has more historical connection with the UK than any other country by a country mile. That familiarity and friendship can be, and should be regarded as a strength. We operate under the same law and prevalent language and we are well versed in each other’s modus operandi. Old hat yes, but a friend in times of need is a friend indeed and the uncertainty surrounding the emergence of, and the exact motives, of trade partner such as China rather underscores that old adage. Only thing is though no way that we resume the role as a “Dominion of the Home Country.”

Well the good and bad historical connection matter immensely. They've left us high and dry before, so we need to be assertive now the shoe is on the other foot

The UK really needs good trade partners that they feel they can trust in Kiwis. And I think most of us would prefer trading more with the Brits, then risk being swallowed up by emerging superpowers who clearly have world domination on their agenda.

I'm not saying the UK is a bad option. I'm more concerned that they'll expect NZ to offer a deal that favours the UK at our expense because of our history. Many Kiwis still remember the economic damage done by the UK when they joined the EU.

In relation to your latter comment, those days are gone. Yeah, too trading with the UK. Lets hope they become our biggest client inrelstion to goods, services and tourism. Lets also hope they also buy other products like Iron Ore from Australia so they don't have to be humiliated by our Chinese counterparts. I realise the latter is a long shot.

"Lets also hope they also buy other products like Iron Ore from Australia so they don't have to be humiliated by our Chinese counterparts". Whoos too late British steel making got swallowed up by guess who?! BBC British Steel: Takeover by Chinese firm completed. https://www.bbc.com/news/business-51795414

Well if things really get down and dirty the Tories could resort to that nasty Labour word “Nationalise!” That would put a rat amongst the chickens. To date no apology, no responsibility, no nothing out of China concerning crippling the economies and people’s livelihoods worldwide. Nobody would owe them an apology themselves then!

"A NZ-UK trade deal will be a priority for post-Brexit UK. As it looks for new partners, a faraway friend it spurned in the past could perhaps help it embrace the challenges ahead. Today Australia buys more Kiwi exports than anyone else, while the UK now accounts for just 3%. "
https://www.bbc.com/news/business-44210833

We need to be ruthless and put NZ first and foremost. We cannot let the UK lean on us for favourable trade conditions

Yes and no. Noting the other comments in this stream, we need to learn from the TPPA (or whatever alphabet soup they call it now) as a lesson on how not to do it. We need to enter these negotiations from the view that we are EQUAL, not dependent. Done well a lot can be achieved and more doors opened. Indeed some of the UKs deals may actually allow us to try different routes for products that provide a better deal.

Yeah ultimately we need somewhere to sell our produce and somewhere to source more tech. But no market is 'free' - I expect protectionism from both sides, perhaps not by tariffs. Like others here, I'm wary of Britain's paternalism - who wants a friend who still sings 'Rule Britainia' at gatherings? But that's statecraft - it's rare to find a perfect friend at the best of times..

What Products? The Brits only sell Services

Yes those negotiations always need to maintain the view that a change in political winds can turn the relationship against us very quickly. The whole point is protectionism while maintaining trade. Each need to respect the others need to preserve jobs while developing trade. Expectations should not be too unreasonable from this perspective. But we must resist being bullied, as the US is wont to do.

Long overdue. We need more trade with democratic liberal countries and less with aggressive dictatorships, and yes, I mean China.

Give it a few years and they will be stoking racial tensions, selling arms and manipulating your politics

Some will agree and some will disagree with that but damn sure that all NZrs will agree they do not want a bar of Chinese Royal Titles.

Does this trade deal come with a bucket of vasoline? It will end in the UK reaming us without mercy just like they did when they joined the EU. Besides, the UK is utterly contaminated with economic liberals who want to monetise everything, who needs those scumbags.... I have an acronym specifically shaped in response to the proposition of a trade deal with the UK....
FOUK
or
GFYSUK
Have a great night!

At least the UK is talking to NZ at the top of the list, they don't have to, your above comment is completely the wrong attitude, NZ must move on from 45 years in the past, look to the future. We need every Free Trade pact that we can get to help our economy in this present crisis,

It would be a great achievement, if the UK joined the CPTPP, it would shock Trump, however I cannot see this happening until the UK has completely finished its negotiations with EU, but could happen in the future

I have farming friends in UK and they are very anti NZ farm imports. Besides dairy, meat & wine what else do we have to offer? Isnt it these same products that the EU dont really want to much of as well?

Ofcourse theyre anti NZ farmers. They aren't competitive. Its not necessarily that certain EU countries don't want our produce, its the fact that the bureaucrats in Brussels call all the shots.

Brussels do NOT call the shots anymore, the UK has finally left the EU on PAPER, hopefully the UK will be finished with the EU on Jan 31 2021, when negotiations are over. Three wasted years of remainers and the EU stalling for time, hopefully it will be over.

The UK will be free to negotiate properly with NZ, Australia, USA etc without those remainers and the EU causing problems.

True the UK has left but all other potential European markets are still held to ransom by Brussels...

I agree, I very much doubt NZ will get any decent FTA from the EU now, if ever. Its a great pity NZ did not get a FTA with the Russian federation,a lost opportunity. This business in the Ukraine will not change, the Crimea is to important to Russia to let go and the Soviet Union spent millions on it, particularly the navel base. The EU are dreaming if they think Russia will. Its like China giving up Hong Kong or Taiwan, NEVER.