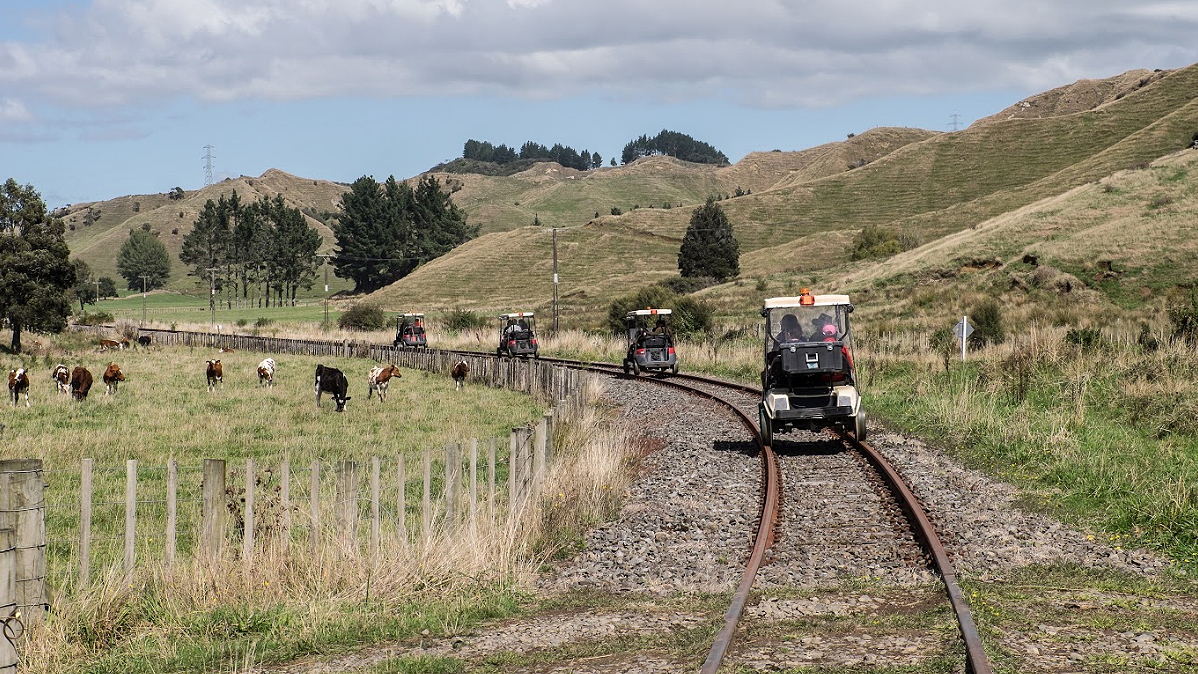 Here's our summary of key economic events overnight that affect New Zealand, with news the consequences of financial juicing are still be flow through to many large economies.

The US Fed balance sheet is rising again, up +$54 bln in the last week to September 16 and the fastest rise in 15 weeks. In the period from mid-May to early July, it was well over $7 tln and then fell back steadily. Now it is back up sharply to US$7.06 tln. A rise like this indicates the Fed mandarins think their economy and financial system is in need of enhanced support.

The US Administration raised its agricultural subsidies overnight by another US$14 bln in what has been described a "vote-buying".

Wall Street is sliding and now at a six week low. Prospects for economic support from Congressional fiscal action is fading fast as Republicans block any meaningful aid. Oddly Democrats, and now the Trump Administration seem willing to act.

In China, new official data claims that their digital economy accounted for over two-thirds of China's GDP growth in 2019 from about one third of its economic activity.

In 2018, a data service reported 180,000 home foreclosures in China. In 2019 the same source reported 300,000. To the middle of September 2020 they are saying 1.25 mln homes were foreclosed on by banks in China as vast numbers of people struggled with meeting mortgage payments due to "deteriorating job prospects and shrinking income". How credible the source is is up for conjecture, but it is part of the giant Alibaba service. You would think they would know.

In Japan, like everyone else, they are making no progress reigniting inflation, partly because of fiscal policies. Japan's core consumer prices fell at their fastest pace in almost four years in August, dragged down mostly by government-sponsored discounts for domestic travel aimed at supporting the battered tourism sector. Now, also like everyone else, they are shifting the goalposts to include jobs growth as a core monetary policy mandate.

The latest data on iron ore prices suggests they may not only have topped out now, but be heading lower. It's early days on such a conclusion, but we have had seven straight weeks of prices near modern high levels, but this week the range down is notable.

In Australia, which currently has about 1 mln unemployed, industrial action on the Sydney waterfront has the potential to add many more. Wharf workers are striking, and now major shipping lines are refusing to dock in the face of endless cargo unloading delays. See here and here. Diversion to Melbourne is a poor option because of limited operations there in their pandemic restrictions.

Of course, it is not all bad in Australia. Despite their recession, business is booming across farms amid drought breaking rains and rising commodity prices.

In Australia, there have now been 26,861 COVID-19 cases reported, and that is +48more cases from yesterday and only from Victoria and NSW. Deaths however are up at 837 (+5). Their recovery rate is still almost 89%.

And we should note that the Premier of Victoria is still riding high in the polls with most voters supportive of their extended lockdown.

Oil prices are little-changed today at US$41/bbl in the US while the international price is down slightly to just on US$43/bbl. The US rig count is little-changed.

The Kiwi dollar is ending the week firmer at 67.7 USc. That is its highest since July 2019, and represents an appreciation since the start of August of +2.1%. Against the Australian dollar we are also higher at 92.7 AUc. Against the euro we are up marginally at 57.1 euro cents and a +1.4% appreciation since the start of August. That means our TWI-5 has risen to 70.6 and its highest since January 2020.

We should also note that we have devalued against the Chinese yuan -1.3% since the start of August.

The bitcoin price is a little-changed today, still at US$10,872 and -1.5% lower than this time yesterday. The bitcoin rate is charted in the exchange rate set below.

Stock Market it seems loosing and will soon know if it is a healthy correction or ......

End of year to early 2021 will be break or make months.

Another interesting development of Chinese influence in the Pacific – this time the Solomon Islands, a culturally and politically divided country of over 610,000 people.
Currently an issue over China’s completion of a 13,000 capacity National Stadium. This seems typical of many of China’s aid projects - very large, obvious and permanent reminders, and both a little out of place and over the top.
New Zealand aid programmes to the Solomon Islands for 2018 to 2021 is $121m – the most aid from us to any Pacific Island nation. New Zealand Police had a presence in the Solomon from 2003 to 2017 as part of a peacekeeping operation at a cost of $150 million with further ongoing financial support for Solomon Police. Not so obvious and permanent reminders – but badly needed.
The article has interesting background to the increasing Chinese involvement and a map showing China’s influence with most Pacific nations now recognize Beijing rather than Taipei. Still largely ignored by NZ mainstream press.
https://edition.cnn.com/2020/09/17/asia/solomon-islands-malaita-intl-hnk...

In 1979 I sailed through the Solomon Islands archipelago shortly after its independence from the UK – very much an undeveloped country then but noticeable that rainforests and minerals were being exploited by foreign companies. Considerable evidence remained of WW2 (US action in Guadalcanal and NZ at Nissan Is) – however, geopolitically it seems rather than military conflict it is now more about aid conflict/competition.

Yes, and more recently the report of the leaked list of the data on individuals throughout the Pacific Islands. I suspect China is looking to establish a military base or two there. Many EEZ implications as well going forward.

Ironic history here Kate. The British coerced Japan into WW1 and calculatedly used the latter troops to largely defeat the Germans at at Tsingtao. That gave Japan the foothold on the Chinese mainland for the subsequent invasion and also many island bases, Truk, Saipan etc that were then isolated and fortified and extremely costly to subdue in WW2. No doubt about it China knows its history.

That's incredible Printer, sailing through Solomons in '79. Would have been amazing. I was in Malaita in '97.

Rob
Yeah, pluses and minuses - days before GPS so sextant . . . but probably the young ladies are no longer topless. Very interesting place and got to many remote locations - and no doubt like you found it a great learning experience and especially an appreciation of how advantaged we are.
What were you doing there?

Who is right?
1. Social distancing and mask wearing.
2. No need for any of it. Smiles & selfies.

Its seems someone is an idiot.
Is it her, is it us?

Things are getting real for many
https://i.stuff.co.nz/the-press/business/122808948/more-retailers-shut-u...

All class.
PM says its our fault.
Nothing to do with her

PM, she didn't have to press click & take the photo.
- or stand down her security.

Finally Seymour has a point. Everything else he seems to tackle reminds me of student politics (dogma driven but naive).

J.C. your writing seems to be missing it.
The point that is.

Please remember under level 2 restrictions, only people on the official covid list will be allowed to enter the school!

An idiot element of the poor PMs photo effort was, it was staged at an University.
Thought leaders my foot.

For the poor crowd struck PM & the part time health minister that doesn't read much.

Physical distancing at Alert Level 2
At Alert Level 2, you can leave home and do many aspects of everyday life. You should follow public health measures and consider others around you.

We still need to be careful and socialise safely to keep COVID-19 under control.

What we can do:

Keep a 2 metre distance in public. Take extra care if you interact with people you don’t know as it won’t be easy to do contact tracing if needed. This means making the space when you’re in places like playgrounds, parks, retail businesses, shopping malls or walking along the street.

On face value, the unresponsive health authorities, no interest by media, seems the alert levels, 2, 2.5 are just not relevant. We have all seen the flip flop on quarantine over rugby.

Any information health or media have to enable such a relaxed attitude would be helpful for the rest of us and especially corporate NZ.
- thinking there must be health expert advice (why would nz covid health govt actions not be based on expert advice?)

This compares with the other thesis that the PM is truly stupid, and those around her are held back by not wanting to look better than her (emperor closes etc), make her look bad. There is a good chance of this because of her blind spots (gaps in knowledge).
Added she seems able to dial in poor performance in what she does just by her choice of people or her design of structures she has them operate in.

Something of concern is that we started in March to flatten the cure, then eliminate the curve. Smart money is we will have only ever delayed the curve, meaning that as OB1 suggests earlier this week, there are 2,500 covid deaths to be had sometime some sort of health event. - already stimulation $ spent, GDP cratered before the health event.

Finally some sense on Covid. We need to stand up and demand this nonsense stop.

This was one day a live stand up was needed.
- this will be a new cluster?

In a statement released an hour later than usual, the Health Ministry said the new community case reported yesterday was a returnee who had gone through managed isolation, but tested positive after being released to go home.

"The two community cases are household contacts of the case reported yesterday, which is not connected to the Auckland cluster.