Until the onset of the pandemic, foreign investors increased their exposure here but only taking the level back to more traditional levels, after losing some interest in the prior three years

Until the onset of the pandemic, foreign investors increased their exposure here but only taking the level back to more traditional levels, after losing some interest in the prior three years 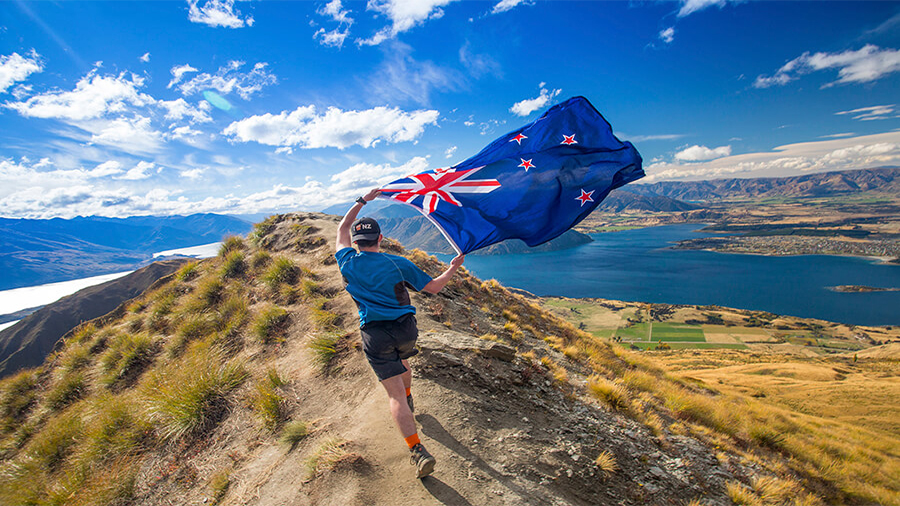 Foreign ownership levels in New Zealand are on the rise again. At least they were in the year to March.

But the rise keeps the level similar to what it has been for decades. There is no evidence foreign investors are buying up more of New Zealand. However, even without evidence, the barbecue myth will no doubt persist in this world of fact-free conversations.

Now 50.7% of our total capital stock is owned by offshore interests.

We have been following these trends for some time (here and here). This 2020 update adds to that analysis.

Our total capital stock has grown to $949 billion, which is a 3.2% rise in a year, or $42.2 billion. This is not a notable increase however. Over the twenty years since 2001, the long run average annual rise is +5.25% in the value of foreign investment in New Zealand.

The proportion foreigners' own has risen as well.

At the same time, the investments Kiwi companies are making offshore are up, rising by $35.5 billion in 2020, which is the most since 2011. It was a two-way street. It is interesting however that in 2019 and 2020 the the rise in foreign ownership into New Zealand exceeded outbound investment by the most in a two year period since these records started in 2001. Our outbound investment has been growing at a rate of +6.55% pa for twenty years and was up +13.4% in 2020 from 2019.

It seems likely that since the onset of the pandemic, the pace of both inbound and outbound foreign investments will have slowed substantially, but there is no evidence of any sell-off or sell-down, yet anyway.

The proportional rise in foreign ownership in 2020 from 2019 was the largest in recent history. Most of this rising investment is coming from the US and Australia. China isn't really featuring.

New Zealanders have been tolerant of foreign investment here for a long time. It first came when we were a colony, and the benefits have long been obvious.

Most people seem to understand we could not have our standard of living and local services without it.

We need outside capital to build our base infrastructure. We need the skills, technology, and funding to build an economy that can compete in a globalised world. And until the pandemic, we were getting it.

It comes with a cost however; the servicing cost (interest, dividends and "head office payments") weigh on our balance of payments. But the inbound investment flows have far exceeded the outbound servicing flows.

The outbound flows, however, have been boosted by our own companies investing offshore at an increasing rate. Part of this may have been due to the mandates in KiwiSaver fund investments.

It will be interesting to watch these same investment flows after the pandemic-twisted economies settle down, and with the rise of China, and the hobbling of the US and European economies in the meantime. Will we still get the investment we need? Will our companies still invest offshore? In a low-rate world, perhaps commercial trading returns will look comparatively better to investors than passive returns, and attract increased flows. Who knows.

Here is the data.

This data is drawn from Statistics NZ National Accounts series. See SNE055AA and IIP085AA. They are published for all years ended March. The consistent data series began in 2001.

Is anyone else shocked that foreigners own pretty much exactly half of our economy?

Time for some solutions. https://en.wikipedia.org/wiki/Progress_and_Poverty

People who aren't locked in their offices on the beltway already know this has been happening for a long time. The majority of our heavy manufacturing ownership went offshore a long time ago, so did our forests and exporting sawmills and our larger constructing companies.
It would be interesting to plot the rise in foreign ownership vs the stagnation of wages and also the sectorial ownership %

The so called gains of FDI are a myth. No company's employees or suppliers are better off and certainly NZ Inc doesn't benefit when productive assets are sold offshore. Juken Nissho, Methanex, Oji Fibre, Bluescope, Inner Mongolia Dairy, Bathurst Resources et al do nothing to improve NZrs lot.

Over forty years some have regrettably tapped their unrealised residential property gains to finance foreign holidays and exotic car imports at a cost greater than our export receipts. We will become tenants in our own country to settle the resultant deficit.

"We will become tenants in our own country to settle the resultant deficit." - Audaxes unfortunately I'd submit that we're already economic tenants now, and have been for some time.

We are certainly victims of industrial grade financialisation. China got the jobs, we got the debt and all else that emits from the FIRE sectors.

China got the jobs due to our rampant consumerism and insatiable desire for cheap sh1t. Can't really blame China for selling us what we wanted to buy.
The issue is, as I see it, selling off our manufacturing capability - not just to China but the world in general

Manufacturing capability? Right up till the 80s and 90s, most of NZ's non-commodity manufacturing involved assembling parts manufactured elsewhere into cars and electronics to be then sold in our domestic markets.
Our exports have always been dominated by agricultural and forestry commodities and tourism.

We never sold off our manufacturing capability; instead we just never bothered building capabilities in hi-value industries, and are slowly waking up to the reality that we are quickly becoming irrelevant in the modern world.

Advisor, I'd suggest you reevaluate your designation of NZs manufacturing capability. In the '80s we had Fisher and Paykel Appliances, Fletchers ( broken into Energy, Building,Forests and Paper), NZ Steel, SynFuels, Carter Holt Harvey, Caxton Paper Mills, Alliance Meat Processors, Silver Fern, and many others. Yes they mostly were commodity producers but they were NZ owned. The fact that RE activities now make up 22% of the service sector merely shows the rest of our NZ owned exporters have diminished woefully. Note that all those businesses listed above trained 100s of trades people back then - now the sum total is Zero.

And what of our covid response? What if the eminent scientists that signed the Great Barrington Declaration are in fact correct that COVID, in it's current form, is nothing more that a severe flu. Then we eviscerated one of our main exports tourism, lost tens of thousands of jobs while at the same time racking up foreign debts that will never generate revenue streams. All the while bending over backwards to preserve and sustain the financial sector with irreversible reductions in interest rates. Where does that leave the country?

Who wants gradual, organic growth from carefully planning and delivering a conducive investment and work environment for foreigners to bring their capital and skills when we could shoot steroids into our economy through the sale of productive assets and change the definition of a 'skilled' workers to anyone willing to pay tuition fees to our tertiary institutions?

Re the shooting steroids reminded me of this.
"To much weights, not enough speed work"

Foreign ownership levels in New Zealand are on the rise again. At least they were in the year to March.

I guess they run roughly in parallel with the current account deficit.

Audaxes,
Yes, they may. But would need to look at all components of the capital account.
Would also be interesting to look at the relationship between foreign investment and the echange rate. All other things being equal, then the first order impact of foreign investment must be an inward flow of funds and an increase in the exchange rate as step 1 of the equilibrating process.
KeithW

how would we know what the number is?...too easy to hide the ultimate beneficiary

NZ is still the best place in the world... to put your money into.. have a guess - Any entities that support lucrative return, with minimum taxation again. Of course to the FIRE economic darling.

NZ is still the best place to hide foreign wealth into, when there's a will there's a way and more importantly is to study and navigate amongst a few of local/informal control measures that is in place. Find the best reputable advisor on this, very expensive fee though. But it's worth it.