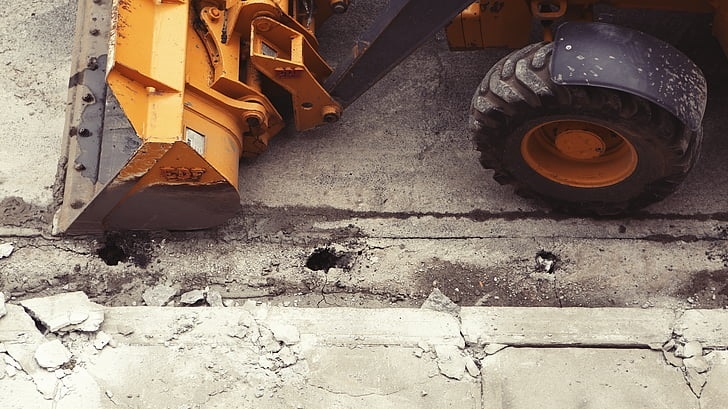 The Government has given the greenlight for the development of 165 residential dwellings, a supermarket, commercial space and a foam factory to go through a fast-tracked resource consenting process put in place in response to Covid-19.

Environment Minister David Parker on Monday announced the Government referred another three projects to a new consenting panel, which has similar powers to local councils, under the COVID-19 Recovery (Fast-track Consenting) Act 2020.

- A mixed-use development on Dominion Road in Auckland, including a building to accommodate a supermarket, retail, office and commercial space, as well as 117 dwellings, including terraced housing and apartments.

- The Ohinewai Foam Factory in Huntly, which makes foam used in bedding and couches for example. The consent application covers preparatory earthworks, construction of the factory, and rail siding works. There’s potential for future expansion to include employees’ housing.

If approved by the panel, Parker estimated these projects would create around 2000 jobs during the construction phrase and 200 permanent jobs once completed.

The COVID-19 Recovery (Fast-track Consenting) Act was designed to fast-track projects aimed at stimulating the economy.

It doesn’t replace or circumvent the current Resource Management Act environmental test, but provides alternative pathways for speeding up decisions on resource consents and designations while ensuring that environmental safeguards and Treaty of Waitangi and Treaty settlement obligations are maintained.

The legislation took effect in July and will be repealed in July 2022.

To date, only one project has been approved by the panel - the Matawii Water Storage Reservoir in Kaikohe.

Parker said the decision was made in about half the time it would have taken under the Resource Management Act, assuming there was no appeal.

While the Government has the power to refer projects to the panel, the COVID-19 Recovery (Fast-track Consenting) Act 2020 identified 17 projects (including five papakāinga or Maori housing developments) to go to the panel.

Parker couldn’t provide an update, on the spot in a press conference, as to where these were at, but said some developers had still not filed applications with the panel.

The other projects the Government has referred to the panel include:

The Government has rejected eight applications, including the development of a few retirement villages, a Mitre 10 Mega and a major development at Victoria University.

This is good news - businesses in the sector require a steady pipeline of work to take on more apprentices and hire permanent surveyors, architects and engineers.

Why all of a sudden do some get the special treatment... so much for the egalitarian non corrupt nz where now if you are a moari housing development or another favoured group you don't have to apply for resource consent or fight wars against the nimbys and council planners. Haha frigging joke system. Too bad if you have money to spend that will help the economy and produce a desired housing outcome ... go figure

Tbh the council planners are far easier and reasonable than nimbys to deal with.... sooner the RMA goes the better. There has always been planning controls on development going back to the 1970s and 60s at least, I think a lot more was dealt with by councils and council panels. These days it feels out of control ... one of the first things the planning consultant asked was how well do you get on with your neighbours?? They thought our proposal was ideal and so does council through a pre-app meeting. But one out of 5 neighbours stubbornly won't agree so our hands are tied for now. Meanwhile we have already spent 10k and basically done nothing

"If approved by the panel"and "assuming there was no appeal." This is the problem, still so many hurdles and chances of a delay if someone doesn't agree.

Interesting that what in other countries is the norm. ie quick consenting and approval is an exception in NZ. So much so that it is worthy of its own news articles.

The panel must be exhausted.

I puzzled as to why the councils can't do this instead of this special consenting panel.
"Parker said the decision was made in about half the time it would have taken under the Resource Management Act, assuming there was no appeal."
"David Parker on Monday announced the Government referred another three projects to a new consenting panel" Were they stuck in Councils to do list before being referred?
"It doesn’t replace or circumvent the current Resource Management Act environmental test, but provides alternative pathways for speeding up decisions on resource consents and designations while ensuring that environmental safeguards and Treaty of Waitangi and Treaty settlement obligations are maintained."
If that's the case then why can't the Councils do this?
The only thing I can think of is the Councils are under resourced and have Resource Consents queued up.
Think Akls Watercare for additional water from the Waikato. Their case was a year or two down the line because
of all the other consents ahead of them until the govt intervened.
Begs the question where does this special panel get its resources from to evaluate and approve the Resource consent application if they still follow the RMA as do the Councils.
Something fishy here.

And the real, if sad, joke here is that Halving the time lapse just means it'll take 3 years, not 6-7, to get one of these ungainly, hand-picked (and therefore devoid of solid business cases) birds into the air....

Call the bird a tent, and Council will pitch it for you - sameday.

The current chair of InfraCom NZ, Dr. Alan Bollard has repeatedly said lack of long-term planning is not really the issue, as believed by most.
The issue lies in an overdemocratic process around getting those plans into motion.

There is little interest in reforming such processes as these have been designed on purpose to actively look for reasons to not do things. Those in-charge very likely got there by talking big and delivery isn't really their strong suit.

If the Councils actually complied with the applicable laws a special panel would not be needed. What the Councils are doing is wasting everyone's time obstructing as many consents as possible. There are not just problems with the RMA but also they way they process building consents. Central Government has zero interest in addressing the long standing issues. Instead they are just working around the problems for a tiny number of projects.

I do wonder how much corruption would be uncovered if someone actually investigated.

If you are going to fast track a supermarket. Make it an ALDI. Two birds

Option a) Get councils to consent developments in a timely manner.
Option b) Bypass councils because they're dysfunctional and it's basically impossible to reform them.

Parker chose option b. It's really the only option. Which is a shame - our councils should be working for the community, not constantly against them.