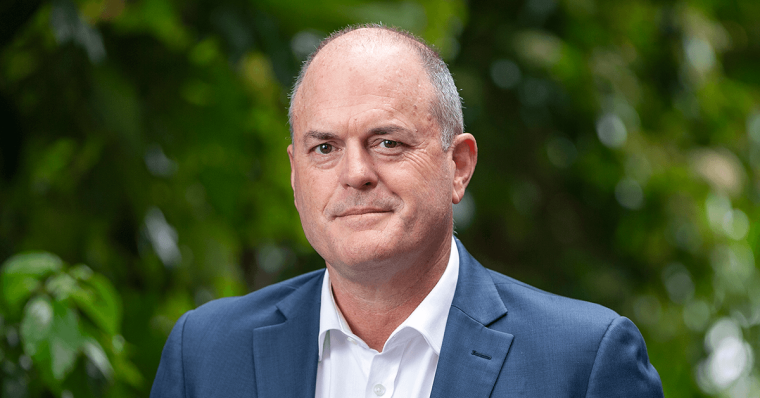 Fleeting former National Party leader Todd Muller will step down as a Member of Parliament for the Bay of Plenty at the 2023 election.

Muller made the announcement on Wednesday, saying, “I hope to give the National Party and my local branches ample time to find their next candidate.”

“This has been a difficult decision because being a Member of Parliament is a huge privilege, but it does come at a cost,” Muller said.

“I have decided that I need to prioritise my health and family and move onto the next chapter of my life.”

Muller and former National MP Nikki Kaye ousted Simon Bridges and Paula Bennett as leader and deputy in May 2020.

Less than two months later, Muller made a shock resignation, citing the toll the position had taken on his mental health.

His tenure as leader was marred by scandals involving low-level National MPs, which Muller struggled to get on top of.

Muller and Kaye were succeeded by Judith Collins and Shane Reti.

“The highlight of my role is undoubtedly serving my local community,” Muller said.

“I particularly enjoy working with my various local communities from Papamoa to Omokoroa pushing hard for the amenities and infrastructure that our growing region deserves. I can assure them all I won’t stop advocating for mental health facilities, after hours A&E and roads for my remaining time as their MP.

“At a national level I am very proud of the work I did with James Shaw in creating bi-partisan support for climate action and achieving cross party support for the Zero Carbon Act.

“I look forward to working out my term with the National team. In the meantime, I am on pre-approved leave for the next five weeks, to care for my wife who is undergoing a significant medical procedure. I will return to Parliament after the winter recess.”

You gave it your best - and had some worthy achievements.

Adieu. Unusual and unfortunate circumstances. Seemed to me to be a good hearted and considerate identity. Came forward ill advisedly at a difficult time and discovered to his dismay that he was in an even more difficult position and for which he was ill prepared. He meant well though sincerely, for NZ & all NZrs. In that regard he is something of a loss given the prime consideration of the majority of our mps appears to be themselves, their careers and due rewards.

He and his team seemed to have not done *any* planning before stepping in to the role, despite having been ruminating on a move against Simon for at least 6 months. They also threw out all of the work Paula had prepared for the election campaign - would not have been particularly relevant given COVID but starting with absolutely no plans was not a credible way to go into an election.

"good hearted" perhaps ; I do disagree with "considerate" . His short leaved leadership was a disaster - damaging for National and ultimately for the country .

He has made the right decision now - if you cannot take the heat , do not call yourself head chef ; pity he could not be realistic about his capabilities sooner.

Wish him well in retirement.

Better late than never I guess? His most memorable moment:

Muller was addressing a crowd of National supporters in his home town of Te Puna on Sunday to launch his election campaign. He borrowed phrases from his political opponent Jacinda Ardern. But he got his parties momentarily mixed up, transposing his own party for Labour when he told the audience - "I joined the Labour Party" - before quickly recovering to a round of applause .

Its a shame, due to health reasons, he could not continue as leader of the national party, When i heard him speak, he seemed like finally National have a good leader and direction. He would have been a great contender against labour. Its a great shame.

TTP and others are very understanding, I hope they'll be equally kind and compassionate when this happens to, say, a young woman from the Green party.

Muller and Kaye were succeeded by Judith Collins and Shane Reti.

Actually it was Collins and Gerry Brownlee. Hard to keep track of who held the poison chalice when, I admit.

You just needed to learn how to tilt your head and frown to look concerned mate. The country is falling to bits but clearly it doesn't affect some peoples mental health.

I like the way public servants start an answer with "Look..." It makes them sound authoritative and about to deliver something decisive, but obfuscates the fact that they all say nothing, which to be honest seems to win over the NZ electorate. So, play stupid games, win stupid prizes.

I am sure jacinda will be happy to see todd occupying a seat in the house,he may be risking his mental health for two years to qualify for his parliamentary pension,but it also means one less effective opposition MP to cause her grief.

On the contrary , he has nothing to lose , and may surprise. I can forsee him making some noise on mental health that both main parties might not like. And its not as though National are making any headway with their current outdated lot.

Time for a 'cup of tea and a lie-down'

I never rated him. He voted against the decriminalisation of abortion. He was never someone I'd want as PM.

Turns out he was forced to resign. You couldn't ask for more from a National Mp.

Can’t help themselves can they. And the way it looks, they can’t help anybody else that much either. Foot in mouth disease. What a sorry lot indeed.

What was it they used to say? Shambolic!

Whilst I wish him and his family well, there are not many jobs paying over $160 000 where you can take extended leave and then resign with a 2 year notice period. He should go with immediate effect rather than live off tax payer benefits. When will National find some MPs who put their constituents needs ahead of their own.

Sad, he seems to be good at self destructing. Wishing him peace and quiet with a good family life.

The proverbial killing his own goose politician.

Good job, he was flaky even when working in hort.
Cup cake , position handed down.F,in hopeless.
That was from workers in BOP , not me.