The Week in Tax; interest deductions and the bright-line test, pandemic support, and agreement reached on a global minimum tax rate

The Week in Tax; interest deductions and the bright-line test, pandemic support, and agreement reached on a global minimum tax rate 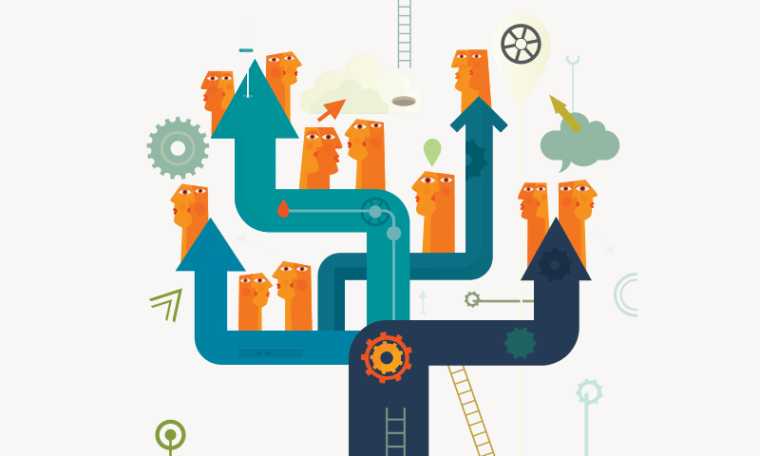 Chapter 5 of the discussion document on the proposed interest limitation rules deals with the matter of great interest to a lot of people, and that is what happens with interest deductions which have been disallowed for a residential investment property which is subsequently sold, and the sale is taxable. Now, just to recap, the interest deductions for residential investment properties are to be restricted and eventually disallowed in full starting from 1st October this year. There is an exemption to this if the property qualifies for the development or new build exemption, which we discussed last week.

Now, amidst all the noise, it's worth pointing out, the reason for this proposed treatment is to reduce the tax advantage for property investment and not full deductions for interest have been allowed. But the income from a capital gain has often not been taxed.

So the question that then arises is, should a deduction for interest be allowed for at the time of sale if the sale is taxable - or what we call on revenue account. As in that case, all the income from investing in the property is taxed.

Otherwise, the discussion document in Chapter 5 at paragraph 5.8 goes into some detail about what the types of properties which will be deemed to be held on revenue account and therefore taxable, but for the purpose of the interest limitation rules that the question the discussion document wants to address given that we are denying deductions from 1 October, what do we do when a property is sold, which is taxable, i.e. was held on revenue account?

Four Options are proposed. Option A deductions are denied in full. Option B interest deductions are allowed at the point of sale and under that option it would be possible for excess deductions to be offset against other income.

For example, Annette buys a house for $1 million, three years later, she sells it for $1.2 million. The house was used as a residential rental property for the whole period. Over the three years, she incurred $300,000 of accumulated interest deductions.

Under Option B she would be able to deduct $200,000 dollars against the taxable liability arising from the sale of property in the year of sale. The remaining $100,000 could be offset against other income for the year, resulting in net taxable reduction of $100,000 available to her.

Now, what the discussion document points out, and this is a problem Inland Revenue is going to have to think carefully about, is if Annette sold that property on capital account, say it wasn't subject to bright-line test, she wouldn't get a deduction for the interest. And that means that she has an incentive to say that she's selling on revenue account. So, this deferred interest deduction Option sets up a tension within the new rules, which is inevitably going to lead to quite a lot of discussions between Inland Revenue and taxpayers about transactions. Anyway, that's Option B; interest is deductible at the point of sale, and any excess can be offset against other income.

Option D is a variation on this. It says the $200,000 is allowed at the point of sale and the excess $100,000 would be ring fenced and carried forward under the ring-fencing rules for offset against property income.

Under Option E, no deductions would be allowed. And the paper describes this as not allowing any interest deductions as a rough offset for the benefit of the capital gains not being taxed. And it goes on to note “this would have the strongest impact on reducing investor demand for residential property”. So that's bound to be attractive to the Government given its intentions behind the policy.

Alternatively, Option F is that no deductions are allowed up to the amount of the untaxed gain, but any excess becomes deductible. This is an economic return argument. For example, Ray sells a residential rental property for untaxed gain of $200,000, but had incurred $150,000 dollars of interest, which had been disallowed for the period the property was rented. In that case, no interest deduction would be allowed, and they've completely forfeited.

So there’s a bit of detail here. I'm pretty certain people will want to see an interest deduction at the time of sale come in. And obviously the most generous option would be Option B.

The discussion document is asking for feedback on which of these proposals should apply and they’re all set out in Chapter 5. It’s reasonably readable, there's just a lot of it. But I'd still urge everyone to have a read and make submissions as appropriate. And remember, the deadline for submissions is 12th July.

Now, moving on, we're still dealing with a pandemic, and on that point, as of Thursday, 1st July, a Resurgence Support Payment became available for those in the Wellington and greater Wellington area affected by the move to level two. Inland Revenue has opened applications for this Resurgence Support Payment and applications are open for the rest of July.

Now, at the same time, Inland Revenue has released an Interpretation Statement IS 21/4 on the income tax and GST deductions for businesses disrupted by the Covid-19 pandemic.

What this interpretation statement does is consider whether a business can claim an income tax deduction for expenditure or loss incurred when the businesses downscaled or stopped operating because of the pandemic. It also looks at GST implications of those events.

Generally, an income tax deduction will usually be allowed where a business has downscaled or ceased operating temporarily, provided no capital expenditure restriction under the Income Tax Act would apply.

However, a deduction will usually be disallowed where the business has completely ceased, even if it is possible that the business may restart later. And it gives an example of an English language school where they terminate the lease. The view taken by the Interpretation Statement is in those circumstances the business had ceased and from that point onwards, deductions are going to be restricted.

Now in determining whether a business has ceased operating temporarily or permanently it's a question of fact, and the Interpretation Statement looks to the nature of those activities carried on and the business's intention in engaging in those activities.

Coming back to this English language school example when it's operating all its enrolled students are from overseas. Then it must close because the country went to Alert Level 4 and it remained closed until Alert Level 2.  What the example provides is that for the period during Level 4 lockdown, because there was an intention to operate once the lockdown was over, all deductions for expenditure incurred during this period would be allowed, such as rent rates, power, water, insurance, etc.

Likewise, GST input tax deductions would be allowable. Now, on GST, what the Interpretation Statement points out is if a GST registered person ceases to carry on a taxable activity they may be required to deregister for GST and then they'd be liable to pay output tax on the value of goods and services used in the business at the time of de-registration.

But generally speaking, if businesses have been affected by the pandemic, but had the intention to try and carry on trading, they should be okay on income tax deductions and GST input claims. But if they reached a point where they basically have stopped, issues around deductibility and availability of input, tax claims and GST registration will need to be addressed.

And finally this week, 130 countries and jurisdictions have signed up for a new Two Pillar plan to reform international tax rules and ensure that multinational enterprises pay a fair share of tax wherever they operate. There's been a statement signed establishing a new framework for international tax reform. There's a small group of nine of nine jurisdictions that have not yet signed the statement.

And the remaining elements of this framework and how it'll be implemented will be finalised in October. One of the key things that they've signed up to is Pillar Two, which seeks to put a floor on competition over corporate income tax through an introduction of a global minimum corporate tax rate.

And the proposal is that the minimum tax rate will be at least 15%.  The estimate is that that's going to generate about USD150 billion in additional global tax revenues annually.

And Pillar One, which deals with taxing rights, will mean about another USD100 billion of profit to be reallocated to market jurisdictions.

Now, our government will be watching this with interest, but in the past, we've discussed whether in fact this may have a significant impact for the Government's finances, but still it's progress.  We're still waiting to see whether this global minimum tax rate will settle at 15%. The US, as I've described previously, wants 21%. But it's a question of wait and see. And as always, we'll bring you developments as they happen.

Well, that's it for this week. I’m Terry Baucher and you can find this podcast on my website www.baucher.tax or wherever you get your podcasts.  Thank you for listening and please send me your feedback and tell your friends and clients. Until next week ka kite āno!

I think that we should be treating farms the same way. A large part of the attraction of farming is that inflation pays off the debt, and the effective income is tax free. This distorts the price of farms in the same way as it does for houses, thus undermining what should be the main incentive for the farming enterprise. i.e. managing the farm to achieve the maximum profit derived from the value, quality and quantity of it's output. The artificial farm prices also stuffs up inter generational and inter family equality when it comes to passing on farms to children.

Renters are seeing increases across the board to make up the losses.