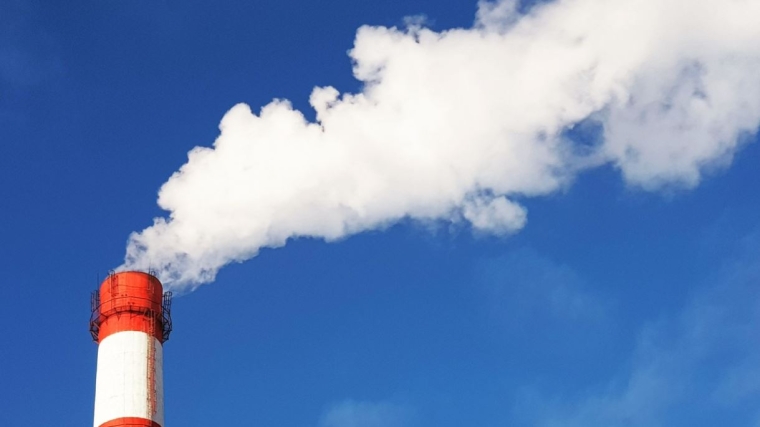 The Government is planning to change the law to give itself another five months to come up with its much-anticipated plan for how New Zealand will reduce its carbon emissions.

Under the Climate Change Response (Zero Carbon) Amendment Act 2019, the Government is required to have published its first emissions budget for 2022 to 2025, as well as prospective budgets for the next two three-year periods, by December 31, 2021.

Under the Act, the Government also needs to have published an Emissions Reduction Plan before the start of the relevant budget period.

Cabinet has decided to change the law to give the Government until the end of May 2022 to publish this plan.

Officials are still figuring out whether the publication of emissions budgets will also be pushed out. This seems likely.

“Cabinet’s decision allows organisations and communities key to the Emissions Reduction Plan’s success to focus on getting through the worst of the Covid outbreak before engaging with the plan,” he said.

Under the Act, the plan must include “sector-specific policies to reduce emissions and increase removals”, “improve the ability of those sectors to adapt to the effects of climate change”, and include a strategy to mitigate the impact reducing emissions will have on “employees and employers, regions, iwi and Māori, and wider communities, including the funding for any mitigation action”.

The Government will start a six-week consultation on what the plan should look like in October.

This follows the Climate Change Commission in June giving the Government its final advice (a 400-page report), including recommended emissions budgets and a high-level plan forward.

Commission Chairman Rod Carr in June noted New Zealand was starting from a worse position than the Commission had expected earlier in the year.

Shaw said pushing publication of the plan out to May allows the Government to align it with Budget 2022, “so people can see how its delivery will be supported through Government investment”.

ACT Climate Change spokesperson Simon Court had a go at the Government, saying: “Jacinda Ardern called climate change “her generation’s nuclear free moment,” and once even said it was “life or death”.

“And yet her government imported a million tonnes of coal last year - a record level, now it’s not even meeting its own standards. It’s a joke to say the Government is taking climate change seriously.”

"It’s not realistic to expect businesses under severe stress to consider plans that will have such long-term impact,” BusinessNZ CEO Kirk Hope said.

"The emissions reduction plan will provide a blueprint for reductions initiatives over the next 14 years. So, it shouldn’t be rushed, and it should be developed with the greatest business input possible, to build maximum buy-in from the business community."

The physics reality is that without fossil energy, you're doing about 15% of what you did with it. Rickover pointed this out when I was 2:  https://ourfiniteworld.com/2007/07/02/speech-from-1957-predicting-peak-…

And we can't really keep what we have, going, even now.

So they will promise, avow, virtue-signal, time it to get past the next election; but every time they go near the tap, they'll be MIA. And the joke is that fossil energy is leaving us, of its own accord. Not as big a joke as these clowns are becoming, though.

As for 'business' kicking the can for purely self-centred reasons - shame on you. Have you got grandchildren? Then toughen up. Do something they might thank you for.

""So they will promise, avow, virtue-signal, time it to get past the next election; but every time they go near the tap, they'll be MIA. ""  Sad but true.

Since our nuclear moment has not eventuated, how about we rethink the original nuclear moment as well and get us some nuclear power stations #moltensaltreactors

There has been a 'climate emergency declaration'. What does the word emergency mean in common usage? Google says 'a serious, unexpected, and often dangerous situation requiring immediate action' and so would most of us. I don't consider climate change an emergency - very serious and requiring action yes but emergency no.  However the govt says it is an emergency so five months delay is just not acceptable.

Ending mass immigration has to be the first step.

Or achieve the same aim by promoting mass emigration.  Surely govt housing policy is part of a deliberate plan to drive the young, bright and energetic overseas.

Of course they will all decide to stay once the govt/rbnz fix the housing issue - by destroying small business in New Zealand.

If I was young, bright and energetic I'd be gathering a like-minded bunch together, buying us some land backing onto the Longwoods (or somewhere similar) where you have first dibs at the ex-hill water. I'd set up a tenants-in-common community - something like the Earthsong (Auckland co-housing) in structure.

Even starting now, they'd be late.

Small business is on the energy continuum - so much of it was doomed ex-fossil-energy anyway. If you haven't red this link, do so:

You can point out that our monetary/debt based system runs on faith that these tokens are backed by future energy and resource availability.

But your proposal there is backed by faith in property rights being insurmountable forever into the future, surely?

But you can only operate under the existing rules, while they're intact. How any of us defend ourselves if the rules are no longer intact, is a different question.

I don't think Bathurst Resources would be developing new coal mines in New Zealand if they believed there wouldn't be a market for their resource. Prime Minister Ardern may believe coal is her generations "nuclear-free moment" but we don't yet have a plan to finance replacing coal.

Got to keep those electric car charging somehow!

Lets sort out our little covid problem before using any resources on climate change. And when I say resources, I mean the small amount of brainpower in the beehive....

With Covid they have done what their scientists have asked them to do.

It's not the Beehive; it's all of us. 64 years after the Rickover speech, 65 years after Hubbert did his talk to the petroleum engineers, we have chosen to grow exponentially. And we chose to do that with an infrastructure entirely dependent on fossil energy and fossil feedstock.

Anyone who made a bet on that continuing - good luck to you.....

Here's an idea, if anything is grown with thermal coal out of season put a label on the pack in the supermarket.

The delay is simply a reflection that Gubmint has simply no way to square the circle, despite huge PR turd-polishing resources.  That circle:

Could only do one thumbs up

Wild how there was no such delays in implementing the Auckland Regional Fuel tax, but there have been in *checks notes* most stuff that involves the government holding up their end of the deal.

Hardly surprising. Government has used highly dubious methods to set its emission reduction targets and the latest IPCC report (particularly the crystal clear remaining carbon budget) will force us to change methods and set new targets that will require massive change. On top of this, the Climate Commission got their sums wrong (on purpose?) and they have clearly mis-advised Govt. When they correct their sums the targets will get much tougher.

But, fear not, we have an Emissions Trading Scheme, where investors are buying all of the tradeable carbon units and holding onto them whilst they escalate in value. The scheme may lead to much higher carbon prices (and therefore more rapid change), but it does not include many big polluters and prices will increase faster than businesses or consumers will be able to adapt. And, surely the idea was not to force carbon prices up quickly so that speculators could control supply of carbon units and make a killing?

If all of this wasn't enough, let's not forget our Achilles heel - agricultural methane! This is quickly becoming a major focus internationally because methane is relatively short-lived and potent in the atmosphere, so cutting it hard will make a big difference in the short-term (and the world really needs to make progress in the short-term).

We will see in the next few months whether Government are serious about climate change or whether they are willing to trade-in our clean, green image to keep the polluters happy.

Government lacks both the nous and political will to accept the contents of the report and this was a government elected with the political capital to make changes.  The next election is unlikely to deliver a similar result much more likely to require a coalition arrangement my pick is the greens are likely to be part of the next government mainly due to housing and pollution issues I think the farming industry will be forced to go cold turkey on methane and landlords will have a difficult time also . Our international markets will push change in methane emissions as is being signaled already by th EU and America . Many of labours voting base are badly disillusioned by Adern and co likely to vote green . Haven't mentioned national because not worth mentioning this from a traditional conservative voter

Are you implying that the ETS has had several of its Capesized holes sailed through by entities with deep pockets and agile minds??  Whodathunk?

Perhaps the delay is due to the US and EU wanting to reduce methane emission 30% by 2030, according to FT today.They intend to pressure other nations to play the game.

Our ambition looks meagre by comparison.

Hopefully , its a sign they've heard things are going to get ramped up worldwide at the Glasgow climate summit in November. It was crazy to set a date 1 month after that anyway , as presumably all climate advisors will be either attending or working here behind the scenes.

With the USA in attendance and cooperating, i would say its going to be a lot more progressive this time around.