The traditionally strong bounce in property listings was subdued in October, with new listings during the month down 6% from October 2008, property website realestate.co.nz said. New listings on the site were up 7% from September while asking prices were steady and inventory levels rose as sales volumes remained subdued during the month, CEO Alistair Helm said. "We are seeing a certain confidence in the market through people searching on the site and also people listing their property, but the seasonal uplift in listings has not happened as it did in years gone by," Helm said. Realestate.co.nz lists over 100,000 properties at any one time, representing over 90% of all listings currently marketed by real estate agents. New listings jumped 19% in September from August, which was ahead of expectations, Helm said at the time. However, growth in October, which tends to be one of the largest months for new listings, was below growth in previous years. "Figures from the report show listings are up only 7% to 13,550 compared to a 21% rise at the same time in 2008 and a 16% increase in 2007," Helm said. "Price expectation is steady at NZ$418,759 while inventory "“ the number of weeks it would take to sell the country's entire available stock based on average sale times "“ rose slightly again in October as sales volumes remained subdued." "(T)he combination of little movement in price expectation, the number of listings, and inventory over recent months meant the market could be considered stable at present." 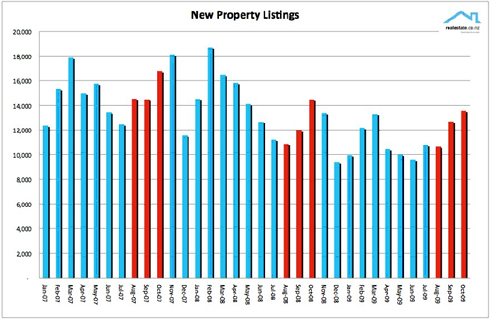 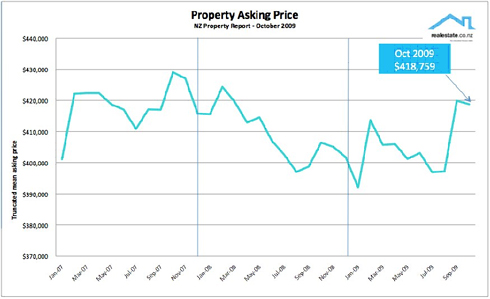 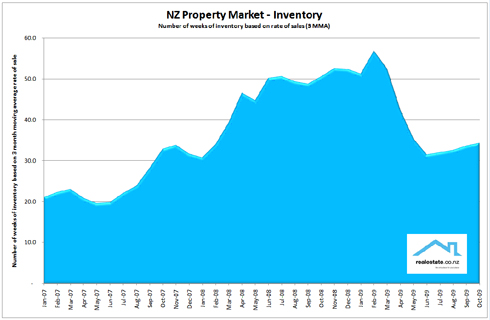