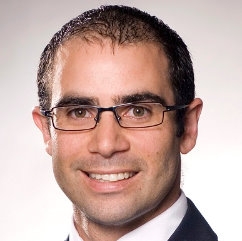 Real estate agency group Harcourts has reported the property market was subdued in September and October.

But it said it was seeing signs of a pickup early in November after tax cuts and an improvement in housing affordability.

See its full MarketWatch report for November here, including details of sales numbers and average prices.

Here is the full release below from Harcourts:

The New Zealand real estate market has continued to remain subdued in the past two months, but a lift is expected according to Harcourts New Zealand CEO Hayden Duncan.

“Traditionally there is a lift in the market with the onset of Spring and while there were indications a rebound would occur as usual this year, our latest figures show the increase in listings and buyer enquiry has yet to result in a rise in sales to the expected levels,” Mr Duncan says.

“In fact as the latest figures released in Harcourts MarketWatch newsletter show, the volume of written sales recorded in October by Harcourts – which is New Zealand’s largest real estate group - was well down on the same month last year, reflecting the figures released by the Real Estate Institute of New Zealand recently which showed the lowest October volume of settled sales since their records began in 1992.”

Mr Duncan says according to Harcourts’ data values have continued to strengthen on the whole however, while the figures released by REINZ showed the national median was holding at $350,000.

“The earthquake-affected Christchurch market is an exception, but it has out-performed the early predications and is expected to continue to pick up.” Mr Duncan says while September and October have been disappointing, a lift in activity is expected to be evident in the November and December statistics. “These months are both typically quite busy in the real estate market as people look to move in time to maximise their enjoyment of the summer months in their new homes.

“We definitely believe there is some pent-up demand and with income tax cuts having come into effect and interest rates remaining low affordability has improved so we would expect a lift in sales. Certainly our early November figures and anecdotal feedback suggest activity has increased.”

(Updated with link to full Harcourts MarketWatch report for November)

See chart on bottom right hand corner of this report.

To restore the very strong correlation between sales volumes and prices that existed from 1992 to 2008 then 1 of 3 things has to happen:

1.  House prices start to drop at a rate of 4% per quarter

3.  Or this very strong 16 year correlation could disappear

I'm betting #1 is by far the most likely to occur due NZ and international house price trends.

This is already starting to happen locally in the Nelson area with sales very sluggish and a lot of people starting to drop asking prices 5-10% in the last month.

I guess price drops will increase around next April as everyone trys to rush for the exit and try to get out before winter kicks in.

Also banks who have been hoping delinquint customers will be able to sell and pay off mortgages are likely to give up waiting next autumn which will significantly increase mortgagee sales and downward pressure on prices.

ouch.....I wouldnt have said 16% was a drop more like a rout/collapse.

Do ppl have to sell? if rents are good or even (according to Olly) rising and interest rates are stable/low then we have a stand off....

There have been comments that banks are not going for the mortgagee sales they should be.....this is extend and pretend, mkIII....

If that number of 4% per quarter is fair then asking 10% under seems too much....great thing about this dead market is there is no hurry to buy.

"We definitely believe there is some pent-up demand...."

Oh gawd pleeeeease let there be some pent up demand.....

Indded Wally - My question though. Why do the even publish this rubbish? I know vested interest etc, but does that mean they have to replay it on this site? Maybe just for comedy value eh...

I don’t think I have ever heard a real estate agent say anything other than the market is about to improve, lift or take off.

I belive him – he have a nize smyle.

Reckon the real estate industry is slipping out of Control , and into Kaos ?

He forgot to mention Harcourts average sale prices are down 7-15% from last Oct in much of NZ ... pretty easy to see how that would have slipped his mind.

The month of October has been disappointing in the residential property market, according the real estate firm Harcourts.

The volume of written sales recorded in October by Harcourts was well down on the same month last year but the real estate agent said a large number of transactions were rushed through prior to October 1 to save clients the increase on fees resulting from goods and services tax rise on that date.

"Interestingly values have continued to strengthen on the whole however, with the Christchurch market being the exception - though it has outperformed early post-earthquake predictions," Harcourts said in its MarketWatch newsletter.

"While September and October have been disappointing, with sales volumes well down on the same period last year, a lift in activity is expected to be evident in the November and December statistics," Harcourts said

Since REINZ median prices are mostly flat compared to last year, the big drop in average prices must mean that the volume and/or prices for higher priced properties has dropped a lot verses last year (> 10%??).

So September was better than it should have been, October is down as a result of those sales being brought forward into September and he thinks November is up slightly....is that up a result of taking an artificially low October and then projecting November?

Good on ya, Harcourts!  For telling it as it is. That's how you get the commissions coming in....not by stalling the inevitable. Get those sales going , now, and really reap the rewards when the stampede starts. But buyers; Dont; jump in now, if you can have some composure; it's just about to get a whole lot better for you.

Things must be picking up .. the Housing Loan Approvals from RBNZ support that http://www.rbnz.govt.nz/statistics/monfin/c16/data.html

Memo Bernard: You could pick this data series up on a weekly basis.

Good point. We struggle sometimes to cover everything but you're right it should be a higher priority.

Harcourts, such a trustworthy name based on their recent history , NOT! This company was one of the worst for auction fraud during the phhhhh "boom' period.

so things pick up after a "very slow" September and October

things are just "slow" now rather than "very slow"

Yep - that what I see too. The property market in Spring was supposed to pick up according to the RE's. But apparently the rain kept people away. And now summer it's supposed to pick up, but let me guess it won't and that's because people are on holidays? I think the real reason is lack of credit and people not willing to buy at high prices (and who is going to buy in a falling market???) and sellers not willing to drop prices.

Yep the sun will keep ppl away, oh and santa claus of course....he'll frighten them off as well.

Hayden I have a question that will tell me how the RE market is performing.  How many Agents have resigned in the last year?

How can you tell when a RE Agent is lying?

Their lips are moving!

another great piece by the Unconventional Economist, this time on the impact of retiring boomers on property prices:

Great link thanks Matt .... the Bank of International Settlements are forecasting that retiring baby boomers will cause 40% reduction in NZ house prices over the next 40 years.

So maybe if PI's just hold onto those rentals for another 50 or 60 years they might see some capital gain (after inflation)?

An article to make one think Matt...think about the regional locations in Noddy that have a high % of boomers...Tauranga for a start...the Marlborough sounds is another...it explains the mass of listings...soon as the health problems kick in the reality of travel to and from Blenheim just to reach the doctor or hospital or even just to Picton for drugs and grub. No wonder there are so many "open to offers" listed.

Not sure if the stats are available showing the age pop structure of regional Noddy...must have a look. Are we heading for a time when post boomer couples pick small as good and the mobility of a camper is great!...Small 2br on 600m with the camper in a busport ready to hightail it north or south for the weekends and to get to the fishing spot. Bugger the mcmansion...hello to living and having the cash earning something extra.

I reckon soon as somebody gets round to putting that lifestyle on the box, all bets will be off.

Matt n aux,just had the Hamilton news delivered.Seems the pent-up demand,feedback etc., is going to be the new spin again!Lugtons giving out the same old bollox here!!

Heard through the grapevine that property brokers in the north island are gagging for listings and sales so lets extrapolate to the rest of the RE firms and we have an industry meltdown this summer.

"Both (parties ) are slashing stamp duty in the latest attempt to garner votes ahead of next weekend's Victorian election" http://www.abc.net.au/news/stories/2010/11/21/3072172.htm

"A senior Treasury official has sounded the alarm over Australia's property market.
" http://www.dailytelegraph.com.au/property/treasury-sounds-the-alarm-on-property-bubble/story-fn3006z3-1225956971546

So that's a worried Australian Treasury prompting the Aussie Govt. to make houses...cheaper to buy.

.... I support the good folk at Haircuts, they are so full of integrity, honesty, empathy and have YOUR interest at heart, so it must be TRUE.

Bless their cotton socks .... almost makes me want to go out and buy each and everyone of the kind Haircuts folk a Christmas pressie each .......

SURE and pink elephants are going to fly backwards, over my house singing "Can you take me to Funkytown" while drinking a dry martini .....

You can tell they're sincere from the photoshopped billboards.

Hayden comes fresh from a position at Bayleys as their chief auctioneer. Apparently exceptionally good at getting high prices at auction. So he knows how to put the spin on things.

Trouble is the RE market is going, going......... and will be gone. Haha. Can't wait to see how all those real estate offices with their expensive leases cope when the commissions are cut in half by plummeting prices.

Apparently it is not compulsory to enter the sales data under REINZ. Also the stats don't show what hasn't sold.

It really is Stark County :)