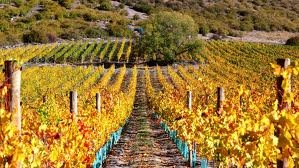 SBS Bank's December quarter profit fell 16% as its provisions for credit impairments rose due to troubled vineyard lending and commercial loans through the Hastings Building Society (HBS), which SBS acquired in 2010.

Meanwhile, SBS's plans to become a national community bank, the first step of which was the HBS deal, are on the back burner with potential partners such as building societies now feeling more secure as stand-alone entities, Tim Loan, SBS's general manager for finance, told interest.co.nz, although he's hinting SBS may look for national expansion without mergers.

Loan said two or three agri-business loans, notably one in the viticulture sector where the bank has about NZ$50 million of its total NZ$2.505 billion of gross loans, had caused problems.

A lot of that (viticulture) sector has gone backwards," Loan said.

"Up around that Central Otago area (famous for Pinot Noir), where there was potential for further development of (vineyard) land, now we're revaluing that on the basis we won't be doing any development of the land and so it has moved back into normal agri (land) from potential to be subdivided," Loan added.

On top of this there were a couple of commercial loans inherited through HBS that were causing trouble.

"We're reasonably confident by the end of the year we'll have the bulk of it well and truly dealt to, but we're anticipating our level of provisioning will be more or less in line with last year, maybe a little bit under," said Loan.

A quarter of lending in Christchurch

In the year to March 31, 2011 SBS's credit provision was NZ$17 million, up from NZ$15.7 million the previous year. In the March quarter it took a took a NZ$3.55 million provision for credit impairment stemming from the devastating February 22 Christchurch earthquake. SBS has about a quarter of its outstanding loans in Christchurch.

"Whilst we're not seeing  credit issues or significant losses in relation to that (Christchurch), there is a lot of repay as insurance payments come through and that's still occurring," said Loan.

Based on its residential mortgages by loan to valuation ratio (LVR), SBS's mortgage book fell NZ$19.968 million the the three months to December 31 to NZ$1.76 billion. It has NZ$325.889 million, or 18.5%, of its home loans at LVRs above 90%. Of these 81% is through the government backed Welcome Home Loans scheme with the mortgages fully insured by Housing New Zealand.

"The balance sheet itself is growing, we're getting good deposits in but we're having to deploy that into more treasury type investments as opposed to mortgage lending which has been our traditional asset base," Loan said.

SBS's acquisition of HBS in October 2010 valued the Hawkes Bay entity at NZ$15.3 million and was touted as its first step towards creating a national community bank. The NZ$15.3 million valuation incorporated loans to customers of NZ$143.9 million, redeemable shares valued at NZ$163.2 million and cash of nearly NZ$3.6 million.

Loan said SBS wasn't currently talking to any other potential partners. SBS Bank CEO Ross Smith has previous told interest.co.nz both the Nelson and Wairarapa building societies would be "ideal" partners, PSIS, now the Co-operative Bank, was a potential partner and Smith said SBS could even talk turkey with the bigger TSB Bank. Smith says the plans to create a national community bank stem from a view the country needs more New Zealand owned banks and a desire to fill the space that used to be occupied by regional trust banks.

However when quizzed by interest.co.nz on the possibility of a tie up with SBS, neither TSB CEO Kevin Murphy nor recently departed Co-operative Bank boss Girol Karacaoglu were especially receptive, with Murphy saying TSB was "fiercely independent" and Karacaoglu saying the then PSIS would be unwilling to give up its co-operative status.

However, although no talks with any potential partners are currently underway, Loan said SBS still remained open to them.

"But I think a number of the smaller players and coping reasonably well, probably not feeling as vulnerable now as a couple of years ago," said Loan.

"(But) it is a longer term game, I think there's a huge amount of compliance even for small organisations now and they'll need to think about their ability to keep up with that. But there's no talks happening at the moment and I would think that could be a little way away before we get to that stage."

"(Nonetheless) we're still hopeful there may be a little bit more consolidation."

And the lack of talks with potential merger partners didn't change SBS's desire to be a national player.

"That's still something that we're keen to do, to be able to extend the business throughout the country. But it may not happen through merging with some of those smaller players."

SBS has a BBB credit rating from Fitch Ratings with a stable outlook.

I have just spent two weeks down in Wolly's turf and it seems the summer has been too cold for a good grape harvest. Not so sure about Otago, Hawkes Bay or Gisborne but I think any exposure to the already stressed vineyard industry is vulnerable.

We've had the longest sunless summer I can remember. Lateral thinking saved the day - the insulated panels which form the raised-bed of the glasshouse, have kept soil temps perhaps 3 deg. above where they'd have been. Zucchnis, peppers, Tommies, lemons, grapes, all  ripening, it's just a jungle. Seriously sucks the water but.

Great stuff, hope I can put something together soon along those lines. That mono cropping issue again eh?

My Scandinavian grandfather explained to me one time how he would put a bed of manure 18" down under the bulbs so the heat of decomposition would protect them from the frost. Timeless knowledge that is largely forgotten.

In Hawkes Bay the Pinot is at 16 brix which is green, they are at least two weeks late, a bit of downy Mildew around and its been cold and wet we have barley crops still three weeks from harvest. Going to be short of grapes  :-)

Hey Aj, i've been involved in grass harvesting in the Southern Ruapehu area for over 20 summers and this is the first season we 'have not' made one bale of hay, everything has had to be wrapped up as we couldn't string 3 fine days together, theres been some hay made in the HB and Waiarapa but as you well know hay thats been down for sometime has little feed value and is a waste of shed space...theres going to be a few disappointed dairy cows in the Waikato this winter.

And after conducting quite extensive research, at great personal cost, i can happily inform anyone who cares that Martinborough Pinots will be the Nz's best.  (a prediction) .

We had a good run with hay in mid Jan, everyone else got wet. Ive a friend with a combine, he tells me the barley crops have a ton of weeds and he has to lift the head so high there is no straw. Been an odd year, Im back to the States in May, where its been a very mild winter like in the UK.  My Melot is at %70 verasion and Im about average, hopefully some sun and not too many birds, its surprisingly clean, so fingers crossed, nearly had a frost last night.

Down here in Bannockburn, in the midst of all that loverly Central Otago Pinot Noir, it has been the best summer of recent memory.  Only into February did we get any rain and it was welcomed.

Central Otago wineries might rightly be a worry for the banks.  But for the rest of us, they are just wonderful.  Looking forward to the Autumn.  Got some good red leaves and yellow on the driveway already.  Might bring over the firewood wheelbarrow soon.  And looking forward to some nice evenings examining colour through the glass against the background of a pine fire.

Just tested my grapes and the Brix have gone backwards, this year could be a nightmare, the grapes are not ripening, apples have no colour, its wet and cold and Im into town for some coffee.