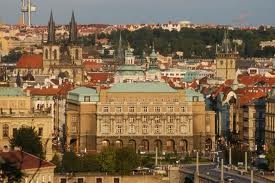 The Director of Massey University's Centre for Banking Studies, David Tripe, is teaming up with Czech researchers to analyse the costs and benefits of foreign ownership of New Zealand banks, Radio New Zealand reports.

Tripe will work with Charles University in the Czech Republic, comparing New Zealand bank ownership with eastern and central Europe.

Tripe told Radio NZ this country has a long history of foreign bank ownership dating back to the 1840s.

Whether that has served New Zealand as well as has been the case in other countries has been difficult to judge till recently, he said. Tripe noted that at one time New Zealand was almost alone in having a banking system that was so dominated by foreign ownership. However, now there are other countries with similar high levels of foreign ownership.

In a speech last year Reserve Bank Governor Alan Bollard noted that the four Australian owned banks - ANZ NZ, ASB, BNZ and Westpac NZ - dominate the New Zealand financial system to an extent seen in few other economies, accounting for nearly 90% of the banking sector, or just over 70% of the financial system as a whole.

Meanwhile, recent analysis by interest.co.nz shows New Zealand's big four banks, measured by pre-tax profit as a percentage of total assets, are the most profitable in the developed world.

The Czech Republic's three biggest banks are all foreign owned. CSOB is owned by Belgium's KBC, Česká spořitelna by Austria's Erste Bank, and Komerční banka is owned by France's Société Générale. They are well capitalised but have come under pressure for their high profitability, according to this article in The Economist.

Radio NZ reported Tripe saying some of the supposed benefits of foreign ownership of banks are often not backed by evidence.

"If you are coming in and doing one off loans to large corporates - what might be called transaction-based lending rather than relationship-based lending - you're going to do those loans at relatively low prices," said Tripe.

Tripe also suggested the same lack of evidence can be found in claims of gouging by foreign owned banks.

The project doesn't yet have research funding and has no fixed completion date, Radio NZ reported.

Tripe also suggested the same lack of evidence can be found in claims of gouging by foreign owned banks.

The project doesn't yet have research funding and has no fixed completion date, Radio NZ reported.

Given the built in pre-study bias I guess both parties are waiting for their local banking cartels to fund an outcome.

And, why does'nt the NZ Government use a new Zealand bank to do it's banking

I doubt Prof. Tripe would read my comments but he should . My ideas  may seem radical ,  but I have stated before that Multinational  Companies which are listed on foreign bourses , such as the Ozzy Banks , GE , Mc Donalds ,Bunnings , Woolworrth ( Countdown) , Oil Compnaies, Mining Compnaies and Shipping Companies , etc should have minor  DUAL LISTINGS  on the NZX,

The benefits to New Zealand  would be enormous,  and I list 7 good reasons to do this :

1. Dividends would stay here and not affect out Current account deficit

2. The churn created by dividend income being re- invested will enhance further Capital formation and wealth creation enabling us to catch up with Australia

3. There would be some decent counters on the NZX for Kiwi invesotrs to buy

4. It would give some fat to the NZX and it could become a decent Capital market

5. It would help Kiwis save for retirement ( Kiwisaver) and NZ would have some control over its destiny

6. It would help us catch up with the wealth in Australia if we have some decent 7. investment opportunities

7. Many countries force Multinationals to have local shareholders ,  including the Chinese, the entire Middle East and South Africa  .It has not stopped Multinationals investing in these countries , I even saw a Woolworths the Dubai, and Wallmart the worlds biggest retailer owns a massive retailal subsidiary listed on the South African Stock Exchange called MASSMART , which any South African can buy into

FOR EXAMPLE BHP ,the worlds biggest miner is not only listed in Sydeny , but also in Johannesburg , London and New York

Rio Tinto is listed in Sydney and believe  it or not a  dual listing on the Zimbabwe Stock Exchange ......that has not stopped them investing trading and paying Tax in Mugabes brutal dictatorship ........ go figure

"Project yet to receive funding".....ask Bill English!...ask Bollard...ask the big four aussie banks sucking the life out of the NZ economy....ask away.....

Agree with Mike b above - has anyone got any sort of an answer [from the pollies..?] as to just why it is that the NZ govt accounts are handled by a foreign bank - what is wrong with the 'Kiwibank" that the nats were obviously so keen on- indeed so keen that their  ex leader got the TOP job at ???